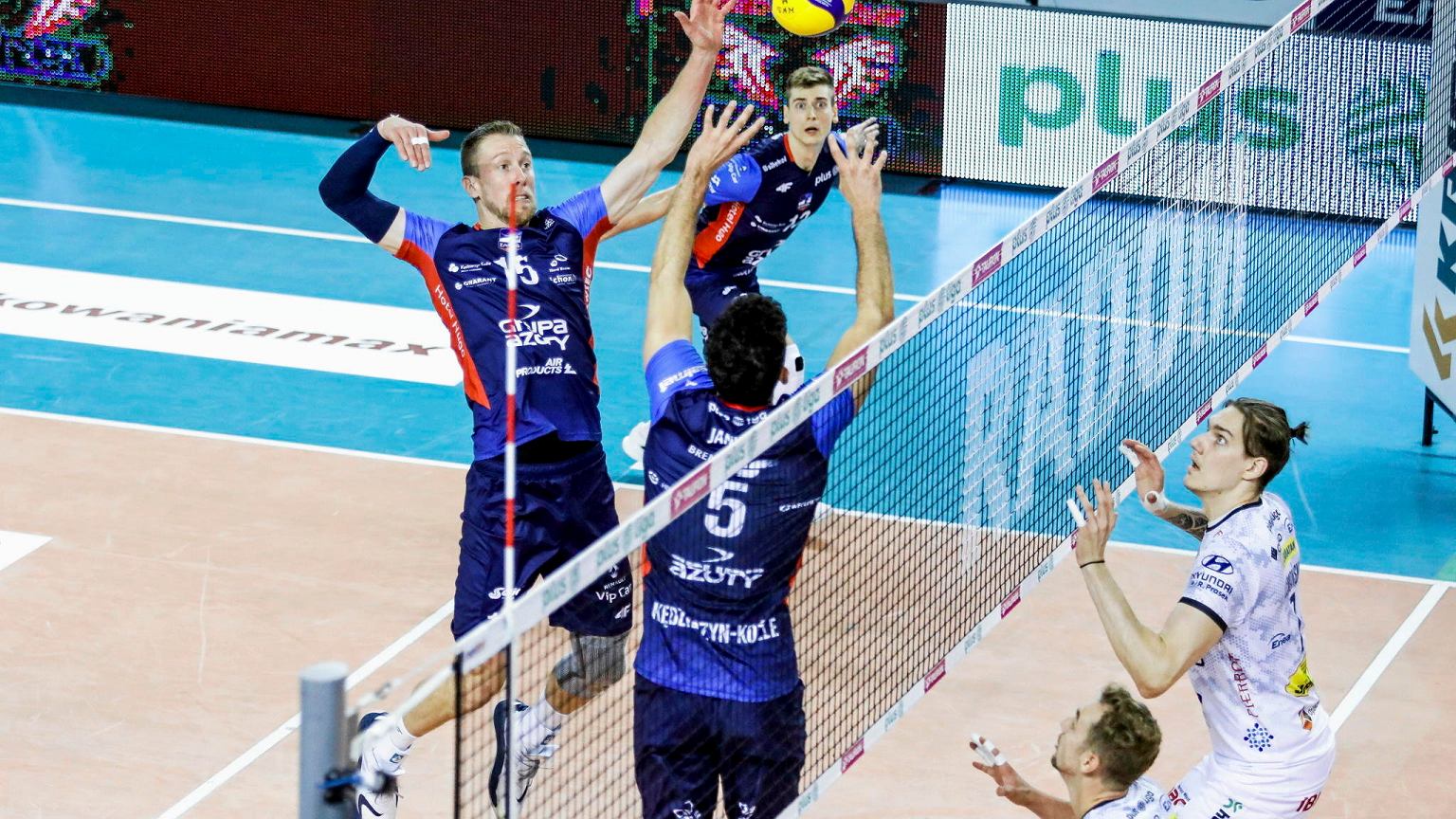 ZAKSA Kdzierzyn-Kole is losing in the hit of the Champions League. The first misfortune of the season

Less than a year ago, Grupa Azoty ZAKSA Kędzierzyn-Koźle, after an extremely exciting two-legged match, eliminated the Italian Cucine Lube Civitanova in the quarter-finals of the Champions League and set off for the victory in the entire competition. This time both teams hit each other in the group stage and this time, after considerable summer changes in the team of the Polish runner-up, the Italians were again the favorite.

Unequal match in Kędzierzyn-Koźle. Italians are better after the tie-break.

Wednesday’s meeting in Kędzierzyn-Koźle turned out to be surprisingly unequal. In the first three sets, there was never an even and fierce ending, and in each of these games one of the teams quickly gained a several-point lead, which it maintained to the 25th point.

In the first set the guests who won 25:17 turned out to be better, but in the second set ZAKSA was better, until 16. The Polish runners-up, however, were unable to maintain a good level of play until the next game, in which they lost smoothly 18:25. Throughout the match, ZAKSA’s significant problem was the low effectiveness of Łukasz Kaczmarek, while Kamil Semeniuk was the leader of the entire offensive of Gheorghe Cretu’s team.

In the fourth set, ZAKSA again managed to achieve a six-point advantage of 16:10, but this time the scenario was slightly different than in the previous games. The guests also tried to fight for this game and in the very end they even managed to reduce the loss to two points (23:21). Fortunately, after Aleksander Śliwka’s successful attack, the Polish runners-up won 25:22 and led to a tie-break.

But that tie-break was like the whole game again. And unfortunately this time the Italians probably won. Cucine Lube took a quick 3-0 lead and did not give it back to the very end of the game. ZAKSA, however, struggled – she managed to reduce losses from 7:12 to 11:12, but at the end there was something missing. After the block at Kaczmarek, the team from Italy won in the fifth set 15:12 and the whole game 3: 2.

After three rounds, Grupa Azoty ZAKSA Kędzierzyn-Koźle is second in group C with the achievement of 7 points. Cucine Lube leads with 8 points. In the next game, ZAKSA will face Russian Lokomotiv Novosibirsk on January 26 at home and for the Gheorghe Cretu team it will be a key match in the fight for the quarter-final of the Champions League.

David Martin is the lead editor for Spark Chronicles. David has been working as a freelance journalist.
Previous We know which company will take over the Lotos factory in Jasło
Next Honduras. A passenger broke into the cockpit of an American Airlines plane and jumped out of the window