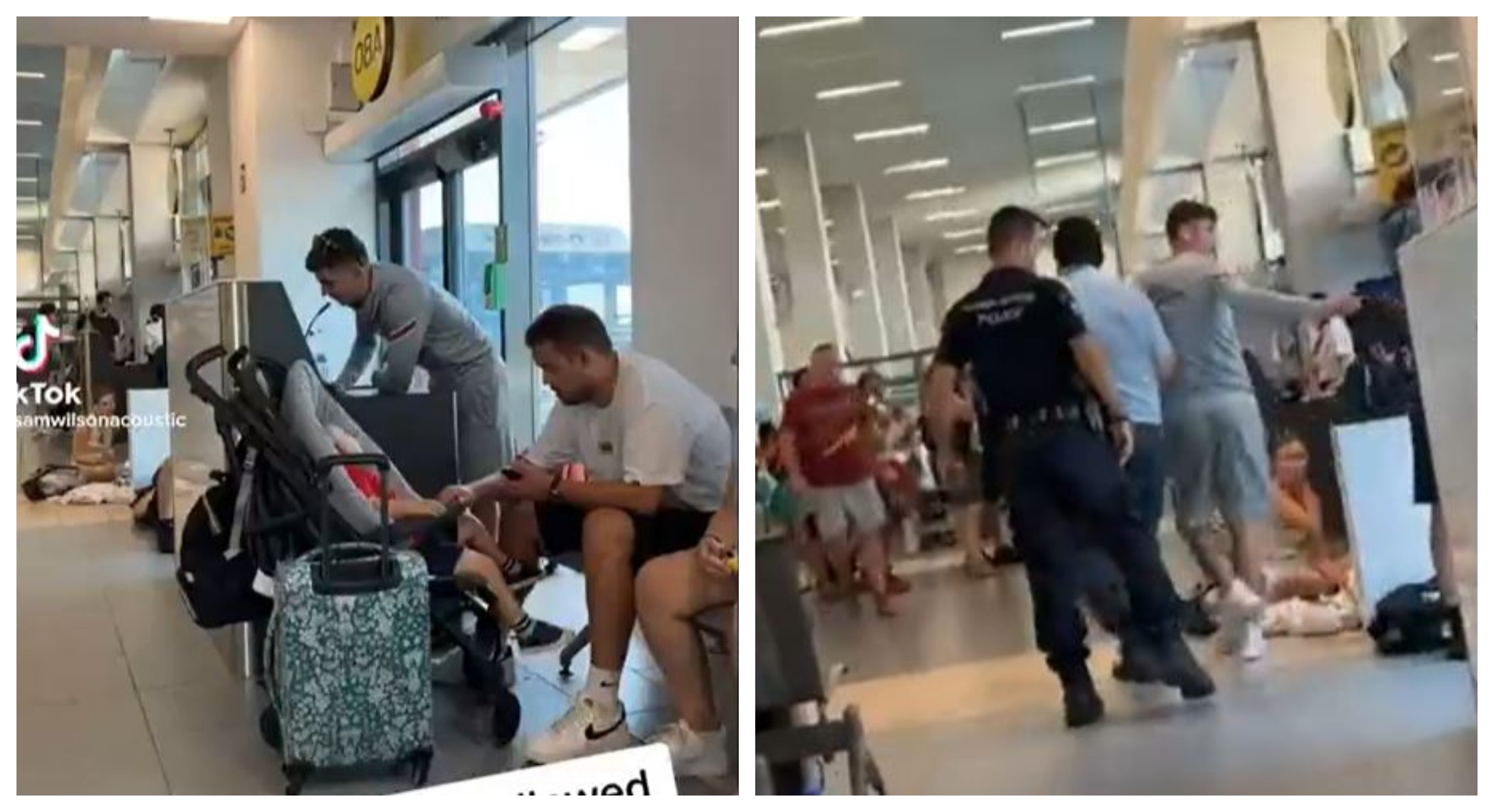 Zakynthos, announces false delays to the airport speaker for a TikTok: stopped by the staff

A British tourist has caused panic at Zakynthos airport by announcing false flight delays and cancellations. The man was stopped by the gate security officers.

A British tourist has caused panic at the airport in Zakynthos, Greece, by spreading false announcements on the loudspeaker. “The flight to Gatwick was delayed for six hours,” he said in English taking advantage of a moment of distraction from the airport staff.

The author of the joke was then dismissed by the employees of the airport and removed from the microphone. The whole scene was shot by a 22-year-old who then posted it all on TikTok.

In Wuhan, one million people in lockdown after 4 asymptomatic positives

The video shows the man in full swing behind the unattended desk in one of the airport boarding gates. The young man, after making the first announcement about the six-hour delay, continued to invent flight delays and cancellations.

“The flight to Manchester is also going to be delayed for six hours,” he said again into the microphone, throwing passengers further into panic, who did not even know a trip to Manchester was planned for that day.

Soon after, the TikTok shows the “prankster” escorted by a security officer. The arrested man, traveling to Zakynthos for the holidays, was then unable to take the return flight.

“The airport – explained the author of the TikTok – threatened to detain him and confiscate his passport for three days. Fortunately, after keeping him for a few hours in custody, they let him go”.

Despite the chaos and unrest, the 22-year-old who filmed it all he called the moment of the joke “hilarious”. “Seeing people’s reactions was really fun. Everyone heard the announcements, but very few present could see the face of the person who was speaking.”

The video garnered at least 72,000 views with hundreds of comments supporting the author of the joke. “It didn’t hurt anyone – several users write – and it was fun”.

Videogames entered his life in the late '80s, at the time of the first meeting with Super Mario Bros, and even today they make it a permanent part, after almost 30 years. Pros and defects: he manages to finish Super Mario Bros in less than 5 minutes but he has never finished Final Fight with a credit ... he's still trying.
Previous How many investigations are there and what risks Donald Trump- Corriere.it
Next Traffik, Simba and the others: the summer of the criminals to the rhythm of the trap