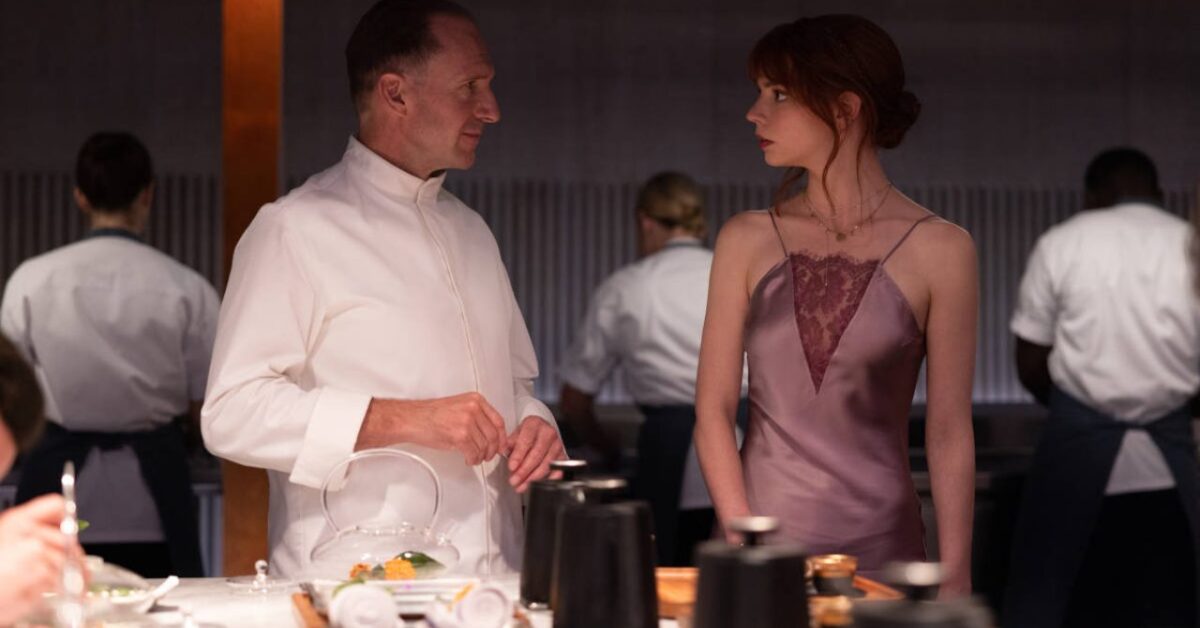 15 movies to watch on Disney+

What are the movies to watch on Disney+? The streaming service of the Mickey Mouse house offers users a series of really interesting titles suitable for all ages. In addition to the vast archive containing Disney and Pixar classics, in fact, on the platform you can find films relating to the Marvel Cinematic Universe, as well as the popular Star Wars saga, documentaries National Geographic and so on!
Deciding what to see can be a rather difficult choice, given the wide variety of films and cartoons on Disney+, but that’s what we’re here for! Below we offer a list of films to see, present in the Disney+ catalogue.

A very young one Anne Hathaway in one of the most beloved comedies of all time, based on the book by Meg Cabot, The Princess Diaries. The film revolves around the life of American teenager Mia Thermopolis, who discovers that she is the heir to the throne of the principality of Genovia. She will be her grandmother – Queen Clarisse Renaldi played by Julie Andrews – to tell her this news and instruct her to become the perfect heir to the throne, but it won’t be easy to give her royal etiquette!

A sentimental comedy directed by Kevin Lima, in which Amy Adams plays the role of the princess Giselleexiled by the Evil Queen Narissa (Susan Sarandon) after falling in love with her stepson Edward (James Marsden), prince of Andalasia. Afraid of losing her right to the throne, the Queen sends her to modern-day New York, where Giselle, previously desperate for her, will eventually meet the man of her life: disillusioned divorce lawyer Robert Philip (Patrick Dempsey).

Avatar – The way of water is in cinemas from December 14, 2022, for those who wish (waiting for it to arrive on the Mickey Mouse House platform), can recover the vision of Avatars2009 film written and directed by James Cameron. A story of love and struggle between the inhabitants of the sky (humans) and the Na’vi, an indigenous humanoid species that lives on Pandora. A colossal film, shot in 3D, which immerses us in a beautiful world.

Directed by Gareth Edwards on a screenplay by Chris Weitz and Tony Gilroy, the film marks the first chapter in a series of films not exactly related to the Star Wars saga, but set in the iconic universe created by George Lucas.
Rogue One is set shortly before the events narrated in Star Wars: A new hope and follows a group of rebels grappling with a delicate mission: to steal the plans for the Death Star, the Empire’s new weapon capable of destroying entire planets.
In the cast of the film, the first of the series Star Wars Anthologywe find Diego Luca, Felicity Jones, Ben Mendelsohn, Donnie Yen, Mads Mikkelsen, Alan Tudyk, Riz Ahmed, Jiang Wen and Forest Whitaker.

Explaining inclusion and racism through an animated crime film. This is what it does, excellently, Zootopiathe animated film in computer graphics directed by Byron Howard and Rich Moore, winner of the Academy Awards and Golden Globes for best animated film.
Zootropolis is about a bunny girl who, despite her appearance and all the rumors about her species, dreams of being a policewoman and reaches the big city with the best expectations, only to be employed to issue traffic tickets. But here she discovers something and decides to follow her instincts, relying only on a fox not exactly abiding by the laws. A splendid collaboration and a beautiful friendship will be born. All against the backdrop of hilarious gags and lessons to keep in mind.

Released in the United States under the title of Moanathe 56th Disney Classic has received various accolades, including two nominations for the 2017 Academy Awards.
Directed by Ron Clements and John Musker, it is inspired by Polynesian myths and the legends of the demigod Maui to tell the story of Vaiana, a princess destined to lead her people and eager to break the rules to meet her destiny. Vaiana in fact lives in extreme harmony with the ocean and does not understand why her people, who once ventured into fantastic explorations, at a certain point stopped doing so, remaining confined to the mainland.

It will be his job to embark on a journey that is in some ways even spiritual, in search of an ancient relic capable of saving his people. Enriched by the wonderful songs of Mark Mancina, Lin-Manuel Miranda and Opetaia Foa’i, the animated film stands out above all thanks to the strength of its protagonist.

One of Pixar’s most beautiful and moving films is undoubtedly Coco, the cartoon through which directors Lee Unkrich and Adrian Molina explore the world of the afterlife. They do it with a liveliness that invades the entire film thanks to the bright colors and “boisterous” Mexican traditions, but also thanks to the music, which is the leitmotif of the whole story.
In fact, the young protagonist Miguel Rivera dreams of becoming a great musician, but it is a pity that music is banned in his family because of his great-great-grandfather, who many years earlier abandoned his wife and daughter to travel the world and become a star. In trying to recover the guitar that can help him achieve his goal, the boy inadvertently ends up in the world of the dead, embarking on an adventure that will make him discover his true origins and meet the one he thought was his idol, Ernesto de la Cruz . However, reality, as you will understand, is much more intricate and hides secrets full of love.

A wonderful and touching film thanks to which Disney manages, with the delicacy that distinguishes it, to address the theme of death without distress.

8. Mulan (2020) is one of the Disney live action to watch in streaming

Release directly on Disney +, the film Mulan directed by Niki Caro is the remake of the animated film of the same name and focuses around the legend of the Chinese warrior Hua Mulan, played by Liu Yifei. Not without sweetening the plot of the animated film, the film reflects on very current issues regarding the condition of women, bringing to the fore the story of this girl not inclined to follow tradition, who courageously decides to replace her father, who is too ill to go at war. A film that deserves to be seen!

Jaume Collet-Serra is based on the homonymous and very famous attraction present at Disneyland to direct Jungle Cruisethe reckless and fun adventure that takes us to the Amazon River together with researcher Lily Houghton (Emily Blunt) and Captain Frank Wolff (Dwayne Johnson), an unusual and successful couple in a fun film for young and old.

Jungle Cruise charms us with the legend of the “tears of the moon”, flowers that are said to be able to heal any disease, and then leads us to the period of the Second World War, in which the archaeologist Lily Houghton (Emily Blunt) – accompanied by her brother McGregor (Jack Whitehall) – is determined to find the Tree of Life at all costs. For this she will come into contact with the captain of the river boat, Frank Wolff, dragging him too into vicissitudes and dangers, face to face with the fearsome Joachim (Jesse Plemons).

Set on the Ligurian Riviera during the 1960s, the Disney Pixar film directed by Enrico Casarosa takes us on the discovery of a story of friendship and diversity that unites sea monsters and humans, amidst surprises, challenges and pleasant surprises.

Set in the lovely picturesque setting of Portorossothe animated film tells the story of the deep friendship between Luca And Alberttwo sea monsters opposite in character and inclinations: one prudent and constantly reprimanded by the family about the dangers of entering the earthly world, the other devoted to an existence totally free from any conditioning, the new adventure companions find themselves fight against prejudice and hostility to achieve their greatest desire: to own a Wasp that allows them to live free, on the wave of ever new adventures.

Cruellathe film directed by directed by Craig Gillespie and based on the 1956 novel by the English writer Dodie Smith, 101 Dalmatianson which the 1961 Disney animated film is based, tells the story of Estella, who gradually transforms from a lively and creative child into one of Disney’s most ruthless villains.
Set during the punk rock revolution in 1970s London, the film stars a very talented Emma Stone as Cruella De Vil, while Emma Thompson is Baroness von Hellman, a fashion legend. The challenge between the two women with style shots will be definitely incredible!

Sequel to the famous As if by magic of 2007, the film is set after the events of the first film, exactly fifteen years after Giselle’s wedding (Amy Adams) and Robert (Patrick Dempsey) who, tired of life in the city, decide to move to a more peaceful country. Too bad, however, that Giselle is put to the test by this choice to the point that she, unable to do without the magic of Andalasia, ends up transforming the whole city into a fairy tale.

Read also As if by disenchantment – And they lived happily ever after: review

An animated film centered on the legendary Buzz Lightyear, known to most thanks to the Disney Pixar saga of Toy Story. In the film directed by Angus MacLane, the famous space ranger is not a toy but a human being in the flesh intent on carrying out his space mission. After being stranded on a hostile planet 4.2 million light-years from Earth, he will try to get his crew home by traveling at the speed of light. But while Buzz searches for a way out, the rest of the company has taken root on that planet, effectively making it their new home. The space ranger will have to collide, as well as with the passage of time and with unlived relationships, with his future self.

Read also Lightyear – The true story of Buzz: review of the animated film

Domee Shi treats adolescence through the physical transformation of a teenage girl, Mei Lee, into a huge red panda. An entertaining and very instructive animated film, which ironically deals not only with the changes associated with the arrival of the period but also with the acceptance of one’s own personality.

Among the films available on the Disney + platform we also find the acclaimed The Menu, the food horror-thriller directed by Mark Mylod with Anya Taylor-Joy, Ralph Fiennes and Nicholas Hoult in the cast. The film lets us enjoy starred restaurant dishes by launching a not indifferent social critique.L

Also read The Menu: analysis and explanation of the film

David Martin is the lead editor for Spark Chronicles. David has been working as a freelance journalist.
Previous Jordana Brewster’s most glamorous looks
Next Has Harry Styles earned more than Florence Pugh? Olivia Wilde denies rumors about cast salaries