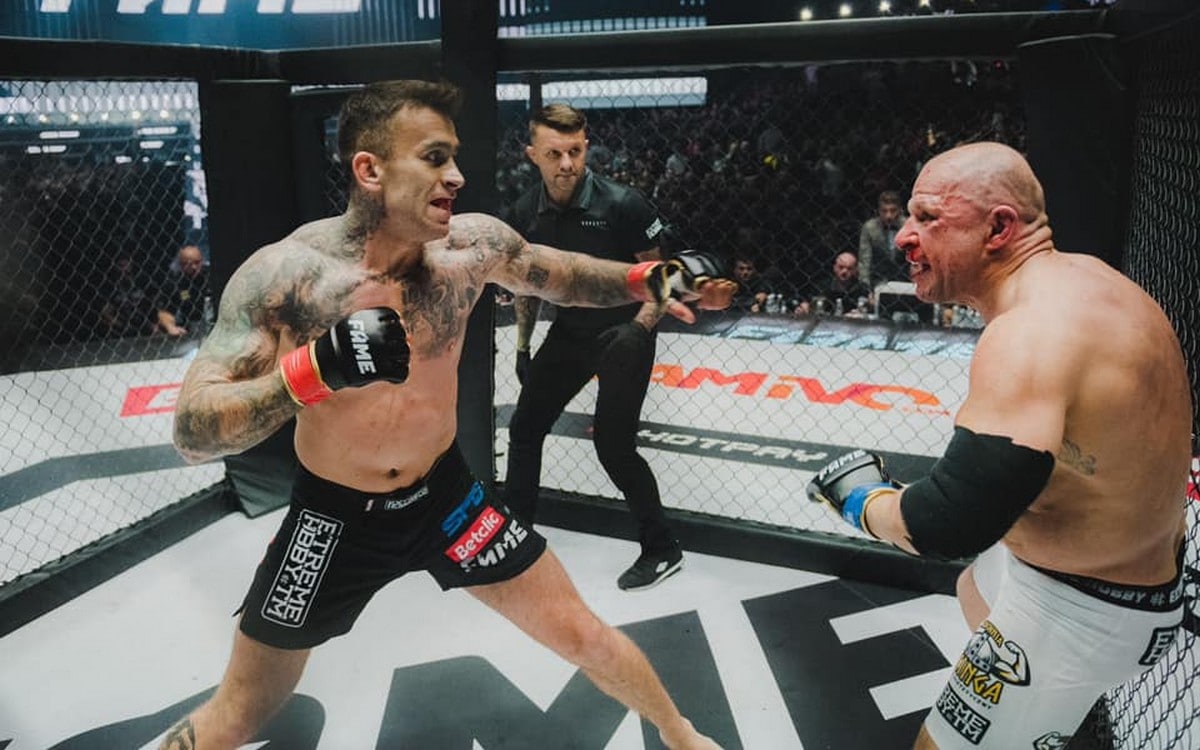 ” 52-year-old actor disqualified after biting his opponent ” – Murański on the pages of the world’s largest websites!

Jacek Murański’s fight with Arek Tańula touched the whole of Poland, but as it turns out, this loss is loud also abroad!

It was one of the most anticipated debuts in the history of Polish freak-fighters. After months of announcements, in which we heard a lot about the legendary skills of Jacek Murański, the first duel has come. The debut was very unexpected, as it was initially supposed to take place at the January Elite Fighters gala, where Murański was to cross his fists with Marcin Najman. It happened otherwise, because the actor replaced 12 his injured son at Fame MMA and faced Arkadiusz Tańcula.

Undoubtedly, Tańula was the dominant party in this clash. His advantage was visible in every plane, both in stand-up, where he smashed his rival with powerful straight lines, and in wrestling, where he managed to bring his rival to the ground several times. Murański responded primarily with kicks, but he also did not avoid illegal plays. After 4 rounds of an extremely emotional duel, judge Piotr Jarosz ended the fight. The reason was three fouls committed by the actor, in turn: catching the net, biting the opponent and catching the net again.

Especially the “blow with the teeth” is so unusual in martial arts that the news of the fight between Jacek Murański and Arkadiusz Tańcula spread around the world. The duel aroused so much interest that one of the world’s largest martial arts portals – bloodyelbow.com and British mirror.co.uk – wrote about it.

Nothing destroys a combat card like a last-minute dropout. Tickets are sold, the hall is rented and suddenly such changes, but let’s rely on dad, so that fans do not regret the money spent.

This was the situation of the Polish actor Jacek Murański, when his son Mateusz had to give up the fight at Fame MMA 12.

Closed in a 3 × 3 cage, Tańul hit Murański. So much so that in the third round, after catching the guillotine, Murański decided to bite Tańula and forced the judge to deduct the point.

This is not the first time that foreign websites have written about Polish freak-fighters. A similar situation took place after Marcin Najman’s gala, where The Sun commented on the idea of ​​a fight between a woman and a man. The question is whether this is a good advertisement for our galas and how it will affect their popularity abroad.

David Martin is the lead editor for Spark Chronicles. David has been working as a freelance journalist.
Previous Lech Poznań close to a new contract with Joao Amaral. Only the details remain
Next We got to know the nominees for the Grammy – CGM.pl