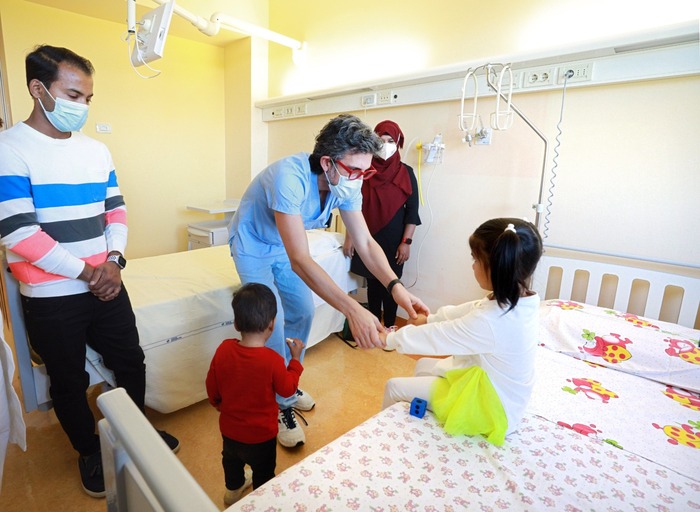 6-year-old girl with head tumor, removed from the nose – Medicine

(ANSA) – BOLOGNA, OCTOBER 26 – A 4.5 cm diameter tumor at the base of the skull of a 6-year-old girl from Cesena was removed with a minimally invasive technique via the nose, thanks to the work of the multidisciplinary team of the Pituitary Unit of the Neurological Sciences Institute of the Local Health Authority of Bologna, based in the Bellaria hospital.

The little girl, originally from Bangladesh, had partially lost her sight, had difficulty walking, moving her left arm, showed signs of loss of appetite and stunting, as well as a deviation of the lower lip to the left. Last summer, her parents rushed her to the Bufalini hospital in Cesena; here the doctors, after having identified through the CT scan the presence of a tumor, which starting from the skull base, came to compress the pituitary, hypothalamus, cranial nerves and right motor area, activated a teleconsultation with the Pituitary Unit of Bologna, the Center for regional reference for the diagnosis and treatment of hypothalamic-pituitary diseases, directed by prof. Diego Mazzatenta, who is one of the few in Italy and in the world for interventions of this type in pediatric patients.

The child was thus transferred to Neuropediatrics in Bellaria for the removal of the craniopharyngioma. Before her, thanks to the Neuroendocrinology team led by Dr. Federica Guaraldi, her water, energy and hormonal balance, which were altered by the presence of the tumor, was restored.

“Nasal surgery is a technique that requires a lot of experience – explains Mazzatenta – we deal with about 200 cases a year, we are among the top two national centers and we can afford to use it even in such complex cases”.

Integration between clinical activity, research, multidisciplinarity, are the basis of this success. Now the little girl is fine and has also started running again. (HANDLE).

Videogames entered his life in the late '80s, at the time of the first meeting with Super Mario Bros, and even today they make it a permanent part, after almost 30 years. Pros and defects: he manages to finish Super Mario Bros in less than 5 minutes but he has never finished Final Fight with a credit ... he's still trying.
Previous Matthew Perry: “That’s why I ended his story with Julia Roberts”
Next Meloni attacks the European Central Bank: “It moves on rates in a way that many considered risky”