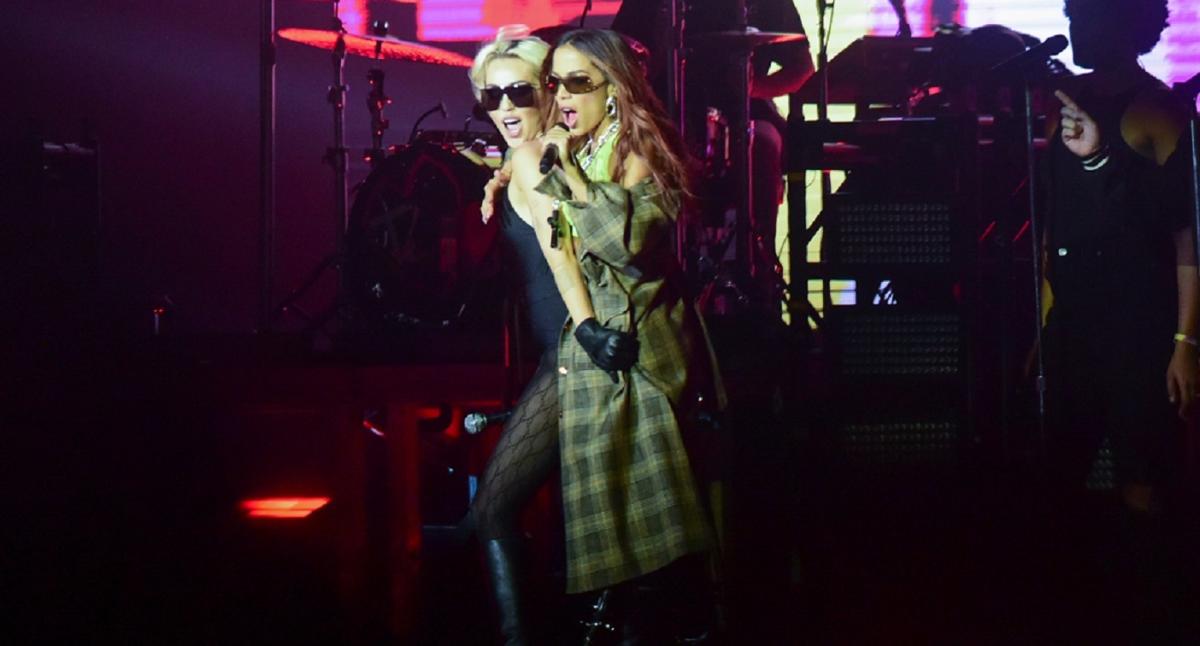 7 friendships of Brazilians with gringos that moved the networks

We are suspicious to say that the Brazilian people are one of the most charismatic in the world, but some encounters between big names in entertainment can prove that it is true. This is because several gringo artists were “fished” by the reception of personalities from Brazil over the last few years.

Whether in the world of pop music, on the big screen or among media veterans, some duos have drawn attention on social media for sharing intimacy across international borders. Check out 7 friendships that moved the internet:

The Brazilian Wagner Moura has been conquering foreign hearts lately with his works abroad and his latest friend is none other than Elisabeth Moss, protagonist of “The Handmaid’s Tale”. The stars of “Illuminated” do not hide the intimacy behind the scenes of the new series of AppleTV + besides making the connection clear in the scene.

Girl From Rio surprised the world by participating in the beginning of Miley Cyrus’ show at Lollapalooza Brasil, in March this year. They shared the vocals on the single “Boys Don’t Cry” and Anitta also received several compliments from Cyrus, who revealed to the public that they are good friends.

“She has one of the biggest hits in the world now. She’s the first Brazilian artist to achieve that. It took a while, but I’m glad it was my friend Anitta”, declared the American singer on stage when commenting on the Brazilian’s achievement in the 1st place of global Spotify with “Envolver” and exalt the proximity with the Brazilian one.

In the list of Brazilian celebrities with gringo friends, Luciano Huck cannot be left out. His friendship with Ashton Kutcher has been followed by the public since the 2014 World Cup, when the international star accompanied the presenter to matches. He even published a photo with the owner of “Domingão” and was still present at a party at the house of the global.

Even watching matches in stadiums is a program that the pair usually do whenever they meet. Ashton also attended the 2018 Soccer World Cup held in Russia with Huck. Check out Kutcher’s profile picture in Brazil:

Perhaps the most unusual among international friendships, Alcione and Axl Rose, lead singer of the band Guns N’Roses, are a crossover duo. In participation in “Altas Horas”, the singer even commented on the meeting with the artist.

“I didn’t think I would ever meet Axl Rose. I always liked the way he sings (…) One day, leaving Recife, three girls came and said: ‘Can you take a picture with Mr. Axl Rose?’ I said: ‘What??? If I can? I’m crazy about him, I’m a fan of his!'”, he said, revealing that the rocker is also his fan.

“Since then, I’ve sent records to him,” added Alcione, who has already attended a concert by the American band in Rio de Janeiro when invited by the vocalist. Check out one of the duo’s records:

A great entertainment friendship is that of a movie veteran with a big name in music. Spanish filmmaker Pedro Almodóvar has a reciprocal relationship of admiration with Caetano Veloso. The Brazilian singer even published a birthday declaration for the director with the duo’s registration in Brazil. “A birthday hug for the great friend and genius Pedro Almodovar, the birthday boy of the day,” he wrote in September 2019.

McFly’s coming to Brazil this year resulted in a musical friendship full of affection, in addition to the incredible relationship that the English band maintained with Brazilian fans. The British musicians were inseparable from the Fresno members and even shared the stage with the group during a concert by the Brazilian rock band in Rio de Janeiro. Check out the meeting log to feel the energy of the partnership:

Known for the “Harry Potter” film franchise and the “How to Get Away with Murder” series, starring Viola Davis, Alfred Enoch built a relationship with Brazil that was even more debut than the one he already had by having his Brazilian mother.

He avenged a friendship with none other than Taís Araujo and Lázaro Ramos by starring in “Medida Provisoria”, the first film directed by Lázaro, in which Taís is in the cast. In a photo published on Instagram, the actress even declared her affection for her new friend by wishing a happy birthday to the screen star.

Videogames entered his life in the late '80s, at the time of the first meeting with Super Mario Bros, and even today they make it a permanent part, after almost 30 years. Pros and defects: he manages to finish Super Mario Bros in less than 5 minutes but he has never finished Final Fight with a credit ... he's still trying.
Previous Aramis Knight reveals that the lair of the Red Daggers was an entirely practical set
Next Cinema. The release in theaters of «Dune 2» is postponed, but we are already thinking about the third.