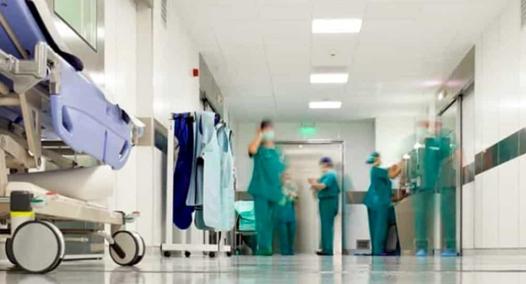 accused the director of the School of Neurology- Corriere.it

The Als association of young doctors denounces the harassment of the teacher. The students of the School hand over an audio and a diary: «Aggressive and persecutory attitude and climate of terror». Some have dropped out. The Rector: “I’m surprised”

«Deficient … stupid … piece of m … There would have been a shot at him …», and on like this, between the screams of the teacher and the silences of the young doctors. Perugia a bit like Salerno. There they were the postgraduates in Orthopedics, here it is those in Neurology of the University who denounced the atmosphere of the barracks of the School they attend.

«We believe this practice unworthy of a civilized countrydetrimental to the dignity of trainees and such as to violate article 57 of the code of medical ethics which provides for mutual respect between doctors “, Massimo Minerva, president of the Free Specializing Association, writes (Als), informing all the institutions of the affair: Rector of the university, Medical Director, Order of doctors and the Labor Inspectorate … “We invite the authorities not to turn their gaze to the other side, the situation it is very serious, our intent is to report this unfortunate situation for a rapid resolution of the same and to prevent similar events from happening again ».

He writes about insults, humiliations, cites the case of Sara Pedri, the gynecologist who disappeared in Trento harassed by her director, and also about working hours: “We have service stamps in which, in just one month, more than 340 hours were carried out. The hospital and university authorities can, if they wish, , easily verify. We believe there is a “culpa in vigilando” on the part of those who should have checked the stampings », stings Als. “Listening to the recordings and looking at the timetables it is not difficult to compare the situation of these trainees, we can say that the schedules are illegal and immoral, as well as the methods ».

The complaint is based on the reports of the young doctors, collected in a sort of diary. «With his aggressive and persecutory attitude, a climate of terror is built every day – they subscribe – Humiliations, threats, insults and harassment that take place in a public way, even in front of patients and their families.“Goose, fat, dumb, idiot, stupid, superficial, demented, m … human or names such as” waiter “ aimed at making the interlocutor feel inadequate. They are acts of psychological violence aimed primarily, but not exclusively, against the trainees, and the episodes are so frequent and serious that on more than one occasion they have caused dismay and fear even in patients hospitalized in the ward ».

In the same document it is written about abandonments. “Feeling helpless and isolated, several young people preferred to give up their scholarship, just think that last year, of the eight initially assigned to the School, four remained. And among those who remained there are doctors who suffered damage from both a physical and psychological point of view, with access to the emergency room, crying fits, panic attacks, constant malaise ».
For the sake of completeness, the negative repercussions on the quality of service in the ward: “Patients are systematically entrusted to trainees, on whose shoulders a direct responsibility and punishment for every medical and non-medical decision is made to weigh …”.

The documents were formally sent yesterday to the various authorities (including the public prosecutor’s office and the Health Department, which opened an internal investigation). “I immediately called the director of the Department of Medicine and Surgery that coordinates the specialization schools and should have contacted the general management of the hospital – said Maurizio Oliviero, rector of the University of Perugia – Frankly I am amazed because it is the first time I hear about school in these very serious terms. The fact that makes me think is that the colleague referred to is completely dedicated to teaching and research with quality results. That is a team of excellence which includes a very young winner of the Montalcini prize for the important discovery on Alzheimer’s. Then she only carries out public activities and does not spare herself, a true workaholic, very respected. In any case, there will be checks and then eventually we will activate disciplinary procedures which, however, must be motivated with seriousness, rigor and certainty. I haven’t talked to my colleague yet as a matter of respect and I must say that I haven’t even listened to the audio. I’ll do it when the time comes. Let it be clear that I am neither on the wrong side nor on the right side. But, I repeat, I am very, very surprised ».

In the evening this note came out: “The Directorates of the Department of Medicine and Surgery of the University of Perugia and of the Perugia Hospital, regarding the report received by the President of the Free Specializing Association, concerning unfortunate episodes that would have occurred within the activities of the Postgraduate School of Neurology, communicate that the internal investigations of the case have been promptly activated, aimed at the timely verification of the disputed facts, to the extent of their respective competence “. Signed: The Director of the Department of Medicine and Surgery Prof. Vincenzo Nicola Talesa The Director General of the Hospital of Perugia Dr. Giuseppe De Filippis

Videogames entered his life in the late '80s, at the time of the first meeting with Super Mario Bros, and even today they make it a permanent part, after almost 30 years. Pros and defects: he manages to finish Super Mario Bros in less than 5 minutes but he has never finished Final Fight with a credit ... he's still trying.
Previous Mission: Impossible – Fallout, Henry Cavill reveals the origin of the famous “arms recharge” in a scene from the film | Cinema
Next Inter-Sampdoria: Stankovic’s words