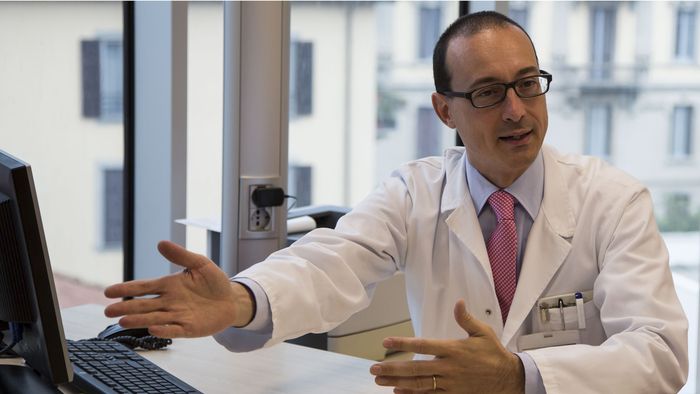 An initiative organized by the Valduce hospital to raise awareness and awareness on the importance of prevention: appointment Sunday 30 October from 11 to 17

The inflatable colon that will be inaugurated in Piazza Verdi in Como on Sunday 30 October will be 12 meters long and completely accessible inside. It is an installation designed to illustrate to citizens what is meant by rectal cancer, focusing the spotlight on risk factors, the importance of early diagnosis and prevention. In fact, colon cancer is one of the most dangerous oncological diseases in Europe, but an early diagnosis can often be essential for survival.

Every year over 43,000 citizens discover this diagnosis of colon cancer: a disease that affects the elderly most, but which has also grown in the population under 50 in the last ten years. Yet from the data of the National Screening Observatory it emerges that already in 2018 – without the alibi of the pandemic – the national adherence to prevention paths had been only 43%, with values ​​greater than 50% in the North, but only by 36% in the Center and 31% in the South. In Como, in 2017 alone, about 430 new patients with colorectal cancer were reported, but the most critical aspect remains the low adherence to the screening campaign.

From this observation, the idea of ​​an installation of a colon in an “inflatable” format was born to be walked inside and touched by hand to create ever greater awareness. Sunday in Piazza Verdi will be a free initiative, open to the population from 11:00 to 17:00. The project is part of the Lifeline campaign, organized by Chirurgia del Valduce directed by Dr. Alberto Vannelli and promoted by Ethicon (part of Johnson & Johnson Medtech). It is the only stage this year in Lombardy carried out in the square thanks to the patronage of the Municipality of Como and the Presidency of the Council of the Lombardy Region and with the contribution of Noto G SRL.

Videogames entered his life in the late '80s, at the time of the first meeting with Super Mario Bros, and even today they make it a permanent part, after almost 30 years. Pros and defects: he manages to finish Super Mario Bros in less than 5 minutes but he has never finished Final Fight with a credit ... he's still trying.
Previous The films seen by the editorial staff at the Rome Film Fest 2022
Next free PS5 and PS4 games announced by Sony – Nerd4.life