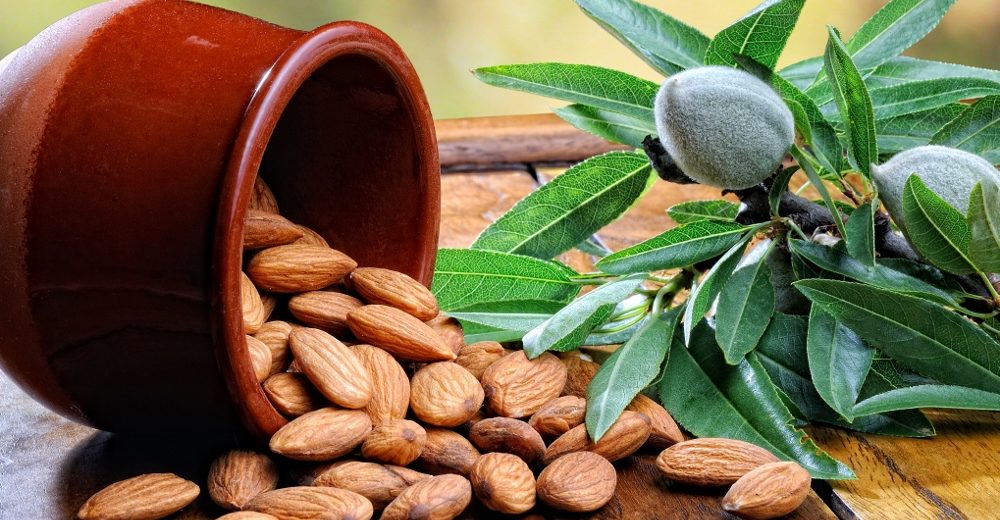 According to Sara Venturiero, the almond tree has very ancient origins, the first examples can already be found in the first part of the Bronze Age in the areas of Asia Minor, where it is believed that it was domesticated from its original wild state. Certain data is offered to us by Egypt from the remains found in the tomb of the pharaoh Tutankhamen, from which it would appear that they are really ancient varieties of almonds, most likely imported from the East. From here they would have spread to all the countries of the Mediterranean basin, including Italy. In particular, the first imports took place in Sicily, on whose beaches the precious goods deriving from commercial exchanges with the Phoenicians were unloaded; from here it began to be used throughout Magna Graecia, where the colonies got into the habit of using it mainly in the kitchen. As always, however, the story merges with the myth and one of these tells how the almond tree actually has a much more romantic origin. This myth tells us that the ancient Greeks told of Fillide, a Thrace princess, who met the Greek hero Acamas, son of Theseus, who landed in her kingdom for a stopover while sailing towards Troy. The two young men fell madly in love, but Acamas was forced to continue his journey with the Achaeans to fight in the Trojan War. The young princess, after waiting ten years for the war to end, seeing no victorious ship return, thought that her beloved had died in battle, so she let herself die torn apart by pain. The goddess Athena, moved by this poignant love story, decided to transform Fillide into a splendid almond tree. Acamante, who wasn’t actually dead, returned home and when he learned that Fillide was dead and that her body had been transformed into a tree, she hugged him tightly remembering the love of his beloved. At that point Fillide / plant, feeling the warmth of Acamante’s love, caused a cascade of rosy flowers to sprout from her branches which took the place of the leaves. From that day on, the hug was repeated every spring.” From this myth it can be deduced that the almond, the fruit of the almond blossom, is a symbol closely linked to the fecundity and rebirth of a luxuriant nature, which will fill the farmers’ tables with delicious fruits. It is no coincidence that in the Middle Ages the almond was one of the ingredients used for imaginary love potions and even for aphrodisiac potions; it was also common to reduce it to a pulp and mix it with perfumed oils, so much so that it was used as a base for creams to be applied on the bodies of young girls of marriageable age. In the same way, it is no coincidence that almonds and almond oil have become part of current cosmetics on a large scale. Precisely because of this particular characteristic, it was given to newly weds as a sign of good luck, declaring an unambiguous wish for the couple’s prosperity. This explains the reason according to which at weddings it is customary to give almond sugared almonds in large quantities.

David Martin is the lead editor for Spark Chronicles. David has been working as a freelance journalist.
Previous “I chose this role for a particular reason”
Next Olga Kurylenko in a lackluster horror film