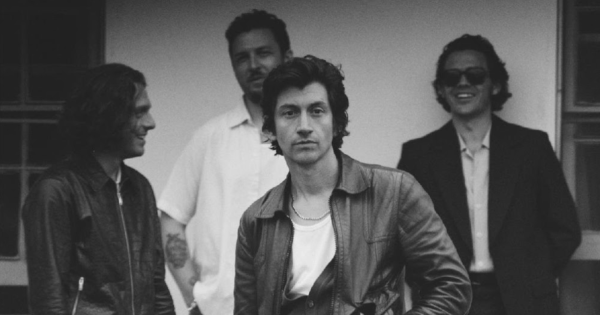 Arctic Monkeys, Alex Turner reveals the influence of cinema and Stanley Kubrick in the new album The Car

Alex Turner spoke of the obvious cinematic influences of the new Arctic Monkeys album, The Car, which continues the evolution of the complex, orchestral and refined sound of the previous album, Tranquility Base Hotel & Casino and his personal growth from rocker to crooner. «There is definitely a cinematic feel to this album, I don’t know if it was a conscious decision we made, but it felt natural to go in that direction” he said. The texts of The Car they are full of surreal images, quotations and meanings that are difficult to decipher. In one of the songs, hello youAlex Turner makes a reference to one of Hollywood’s most famous and fascinating unfinished projectsthe film about the life of Napoleon that Stanley Kubrick he wrote but never directed. Immediately after the cinema release of 2001: A Space Odyssey in 1968, Kubrick begins to be obsessed with the story of Napoleon: he is said to have seen every film dedicated to him, and was convinced that no one had told it correctly.

He writes a screenplay, also scouts for filming in Romania and France, and chooses David Hemming for the role of Napoleon and Audrey Hepburnb for that of Josephine Bonaparte, his first wife and French Empress from 1804 to 1809 (and also Queen of Italy since 1805).

The project is ambitious, a costume film lasting over three hours, complex and extremely expensive, Stanley Kubrick has been working on it for years but cannot find any studio willing to finance it (no one wanted to risk it after the commercial failure of Sergej Bundarchuck’s Waterloo 1970) and Napoleon remains the unfinished obsession of the great director. The script remains buried in the archives of the United Artist Corporation until 2003 and is published in the book by Alison Castle, curator of the Kubrick archives “Napoleon: The Greatest Movie Ever Made”. In hello youInstead, Alex Turner imagines that the script has been recovered and secretly turned into a Lego children’s film. «There was Lego Star Wars and Lego Batman, right?» said the lead singer of Arctic Monkey, «In my view the movie Kubrick never made was completed by the Lego guys!»

David Martin is the lead editor for Spark Chronicles. David has been working as a freelance journalist.
Previous Koulibaly gives the round of 16 to the African champions
Next Raji An Ancient Epic Download Full Game PC For Free