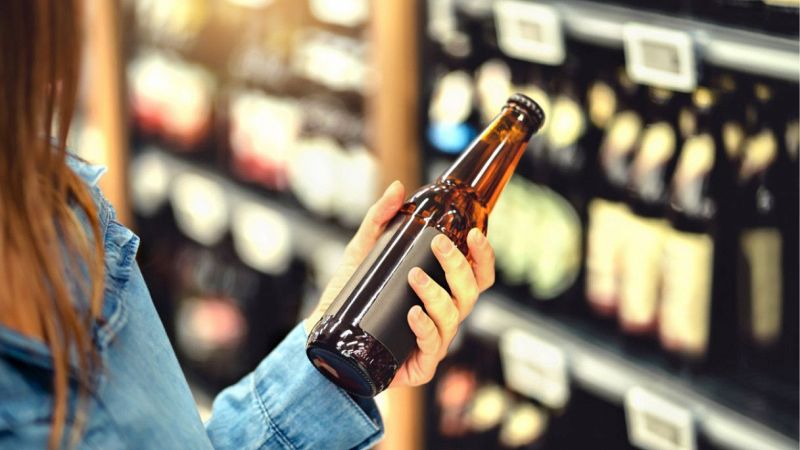 The much feared disappearance of sparkling mineral water from supermarkets Italians is a problem that has been talked about for several weeks and which consumers have already had to deal with in some areas of our country; the reason is related to carbon dioxide deficiency, due to the fact that, with the recent increase in energy costs, producing CO2 has become too expensive and factories have started to close. The alarm, however, does not only concern the availability of sparkling water in our supermarkets.

The sparkling water problem was also addressed in the columns of ‘La Repubblica’, which hosted some testimonies. Samuel Pontissomanaging director of Goccia di Carnia group (owner of the homonymous water that flows at 1370 meters above sea level and is bottled in Forni Avoltri in Friuli Venezia Giulia and Acqua Pejo, from the homonymous springs in Trentino) explained: “We are facing a critical period and we do not understand when it will end. On the shelves, sparkling water is starting to run out. We try to get Co2 in every way and at any price. The last shipment of Pejo bubbles for water came from Vienna but there are also other channels. The market is in turmoil, I hope they will not end up increasing the prices of retail bottles as well ”.

Gianni Canellavice president of Ali group (owner of 116 supermarkets between Veneto and Emilia Romagna), added: “The problem is that this summer, due to the very high temperatures, the demand for water is higher than usual. First the drought affecting the sources, now the carbon dioxide that is not found. Added to this is a now chronic shortage of hauliers. The result is that some suppliers have moved their deliveries to us even after 20 August ”.

In recent days, the sparkling water problem has affected Turin supermarkets, among others.

Carbon dioxide deficiency: the other problems, from drinks to beer

The shortage of carbon dioxide due to the increase in CO2 production costs and the consequent closure of factories represents a major problem for the availability of sparkling water in supermarkets, but not only.

Assobibethe association of producers of soft drinks, launched its alarm in July: “The companies that operate in Italy in the soft drinks sector are in a moment of extreme difficulty”.

One possible solution is the self-production of carbon dioxide. Giangiacomo PieriniDirector of Coca-Cola Hbc Italy, he said in this regard: “In the Nogara plant we self-produce the carbon dioxide we need. It allows us to experience this further difficulty for our sector without problems ”.

But that’s not all: in addition to sparkling water and carbonated soft drinks, in Italy also the production of beer is affected and will suffer from the lack of carbon dioxide, as has already been the case for some years in Great Britain. Furthermore, carbon dioxide also plays a crucial role in other important sectors, such as welding processes, medical systems, industrial refrigeration and product preservation.

The variety offered by video games never ceases to amaze him. He loves OutRun's drifting as well as the contemplative walks of Dear Esther. Immersing himself in other worlds is an incomparable feeling for him: he understood it by playing for the first time in Shenmue.
Previous the games for PS5 and PS4 of August 2022 available from today – Nerd4.life
Next Intertwining with Juventus, Icardi and more: they found the bomber