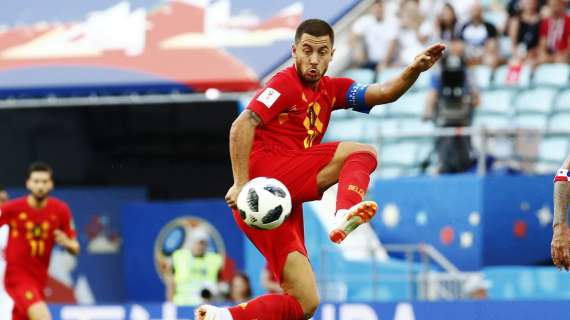 Belgium, the era of the golden generation is about to end. For many it may be the last game

This afternoon Belgium (16.00) will play all out against Croatia. For the Diables Rouges there are no alternatives to victory to access the round of 16. Otherwise we will witness the end of an era, that of a golden generation, which made its first tests at the Beijing Olympics in 2008 and then got really serious as a senior national team from the 2014 Brazil qualifiers until today.

In terms of average age, the team is among the oldest in the World Cup (27.8 years on average) and as many as 11 players are over 30. For many of them, therefore, today could be their last match with the national team. We will certainly not see Vertonghen and Mertens, now 35, as well as Witsel and Alderweireld in 2025. It is probable that even the captain Eden Hazard will leave, as hinted in recent days at the press conference. And the position of Kevin De Bruyne, 31, must also be understood.

The new generation, although there is no lack of interesting elements (Openda, Onana, Doku) does not seem to be able to retrace the same deeds of this group, capable of obtaining the best result in the history of Belgium (3rd place in Russia 2018) but which in all likelihood will end with the regret of not having won anything, not even a UEFA Nations League. Paradoxical for a national team that was number one in the FIFA ranking for four years.

David Martin is the lead editor for Spark Chronicles. David has been working as a freelance journalist.
Previous Spacebourne Download Full Game PC For Free
Next Lily Collins’ beauty look for the new season of Emily in Paris