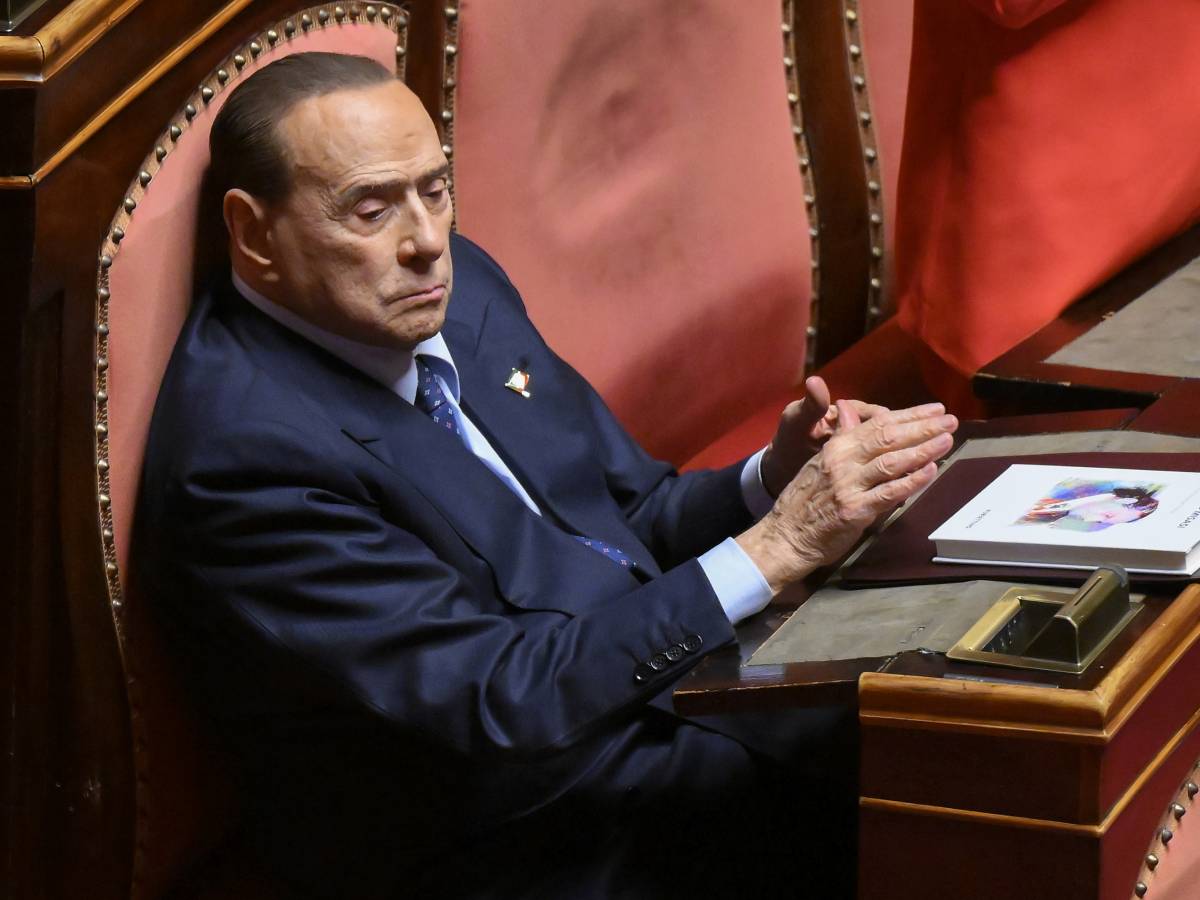 Berlusconi writes the speech of pride: ready for the challenge

The eve will be dedicated to the finishing touches. Berlusconi at Villa Grande is preparing his grand return to the Senate. After the first session, aimed at the election of President La Russa, tomorrow will be the most authentic scene of the “return to the field” of the Italian president. And his speech will have the dual function of summarizing the long journey that has brought Giorgia Meloni and the majority that supports her to the government of the country and of illuminating the path that the Azzurri, with their allies, will face to take Italy out of the shoals of the economic crisis.
It will be the talk of pride. The pride of those who had the ability to gather under his leadership the area of ​​moderates and conservatives and bring it to the government. It will also be an opportunity to reiterate, as confirmed by his collaborators, that in all these years a capable ruling class has grown up and without awe of anyone. A ruling class capable of facing the critical issues of this exceptional season.

One of the main themes of his speech, he explains to his followers, will be the social emergency caused by the costs of energy to which adequate and timely responses must be given. Then there will be an unequivocal passage dedicated to the international crisis. This is the occasion to remember the long work alongside the European and Western institutions to guarantee peace and respect for rights. An Atlanticist faith and the values ​​of the European People’s Party which have always been the polar stars of the foreign policy of the party founded in ’94.

Tomorrow’s speech to the Senate, as well as those that will engage more than one blue deputy in Montecitorio today, will have the aim of relaunching blue action within the coalition. There will be a way to reiterate – assured by the leaders of Forza Italia – loyalty to the issues that have shaped the electoral campaign but also the strategic role that the blue team plays in maintaining the balance of the majority and the government structure.

Numerous reconstructions and background stories have appeared in the newspapers in recent days which show part of the party not satisfied with the choices made by Meloni in the composition of the new government. From Villa Grande these reconstructions are denied. As well as the interest, on the part of a part of the Azzurri, in a renewal of positions within Forza Italia. The top positions are not in question, they assure. And Giorgio Mulè himself denies any friction or disaffection attributed to him in an article that appeared yesterday.

«Enough mystifications. There are no splits – thunders the blue leader in the Senate, Licia Ronzulli – For weeks I have not spoken. The day will come when I will. But now enough with the mystifications, the measure is full! There is no rift in Forza Italia, enough with horror films. Change your script. Change protagonists. There are no accounts to settle in Forza Italia: there is rather the desire to row, all together, in the direction of a solid and lasting government and to relaunch our presence in the territories ». Ronzulli then assures that for the composition of the team of undersecretaries the binding opinion will be only that of Silvio Berlusconi. “We are called to deal with the problems of the Italians – concludes the Italian senator – and we have no time to waste with these telenovela-style inventions that we continue to read in some press organs”.

The ball must be returned to the competition that belongs to him, that is the Parliament. «The parliamentary halls – adds the leader of the blue deputies Alessandro Cattaneo – must return to being central to the political debate. Our priority is to give answers to the Italians. In the short term it is necessary to attack the expensive bills, in the medium term to put a hand to the de-bureaucracy. And again, infrastructures, tax relief, justice reform: issues on which Forza Italia has a very clear line ».

Videogames entered his life in the late '80s, at the time of the first meeting with Super Mario Bros, and even today they make it a permanent part, after almost 30 years. Pros and defects: he manages to finish Super Mario Bros in less than 5 minutes but he has never finished Final Fight with a credit ... he's still trying.
Previous “I regret not having studied. Merry? The comparison did well »- Corriere.it
Next Machine Gun Kelly Praises Megan Fox’s Performance in Good Mourning: “She’s a Comedy Genius”