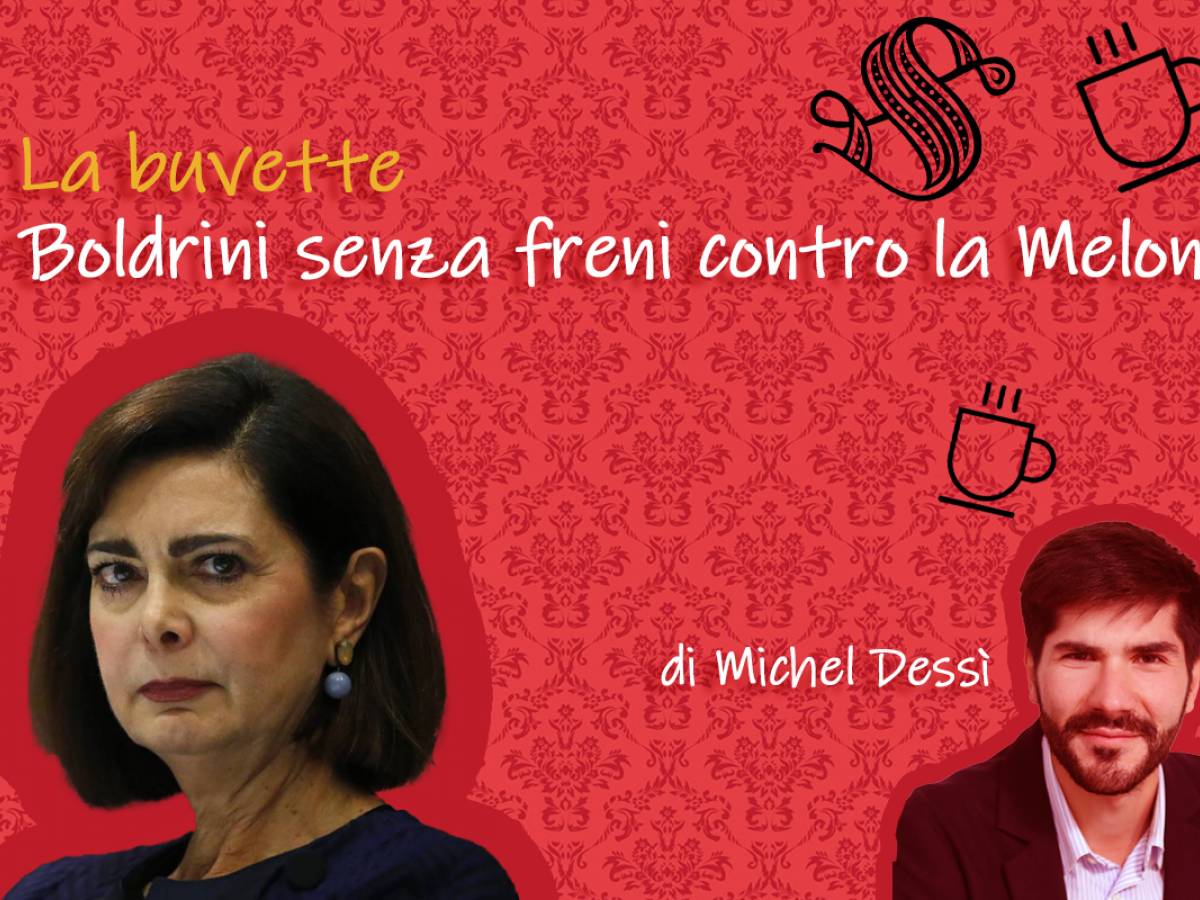 Boldrini without brakes against Meloni

What happens between the damask rooms of the political palaces? What do the deputies whisper between one coffee and another? There are no secrets in Rome, especially in La Buvette. A weekly podcast to tell all the political background. The agreements, the betrayals and the twists and turns of the leaders down to the smallest of parliamentarians ready to do anything to not lose the privilege, the seat. The power. Everyone plays their own game, but not everyone manages to win it. Very few will be saved, especially after the cutting of the armchairs. Favorite game? Making out “the other”. Parliament is the new Squid Game.

The President or the President? This is the dilemma that has plagued the Italians for days. Who have suffered the controversy. Public interest? Zero! In fact, no one cares what to call the Prime Minister Giorgia Meloni. To anyone except a Laura Boldrini. The former President (oops, President) of the Chamber of Deputies insists: “Giorgia Meloni must be called the President”. And she adds to the de microphones The Buvette: “There is something strange about her, she hides behind the masculine”.

But we shouldn’t respect the will of the individual? In this case those of Giorgia Meloni who prefers the article “the” instead of the “the”. There are people who say they are fluid, there are men who dress up as women and claim to be called female (legitimate) so why can’t she be called “the President”? We asked Laura Boldrini, who was intercepted in Montecitorio on the day of trust in the new government. In the transatlantic she has increased the dose … -LISTEN TO THE PODCAST WITH THE INTERVIEW WITH LAURA BOLDRINI-

An inveterate feminist who, on her social channels, shouted scandal. “The first female premier calls herself the male, the President. What prevents you from claiming her primacy in her language? Treccani says that the roles must be declined. Affirming the feminine is too much for the leader of Fdi, a party that she already forgets in her name the sisters? ” he wrote, also demanding the party’s name change. Folly.

Women who accuse women. Like the intervention of Debora Serracchiani of the Democratic Party, who in his explanation of vote accused Meloni of keeping women one step behind men. “I have heard that I want women to be one step behind men. Mrs Serracchiani, look at me. Do you think I am taking a step back from men? “, President Meloni answered piqued amid applause:” I do not know what this reading came from but I do not agree with it. This morning I talked about work, about a company that does not force to choose between work and motherhood When you say to help familythe birth rateit is done to guarantee full freedom: it is a challenge on which I imagine we agree “. And Laura Boldrini? Well, she attacks!

Videogames entered his life in the late '80s, at the time of the first meeting with Super Mario Bros, and even today they make it a permanent part, after almost 30 years. Pros and defects: he manages to finish Super Mario Bros in less than 5 minutes but he has never finished Final Fight with a credit ... he's still trying.
Previous Leclerc: “For my 100 GP, a special GP. Red Bull strong, but we will be close”
Next The haloed portrait of “Margherita di Savoia. Queen of Italy “