In fact, we had always suspected, but now we have the official proof. Brad Pitt not only is he beautiful, talented, super cool. But it is also rich. But did you imagine it already, right? Yes, the fresh winner of the award ” Oscar has a legacy that amounts to well 300 million dollars. Is or is not the “bachelor” of Hollywood? Definitely, yes.

Brad Pitt is definitely the man of the moment. Not only in Hollywood. On the night of 9 February, the Oscar Night 2020, it was her night. A triumph… at The end of a season of triumphs. With or without Jennifer Aniston… 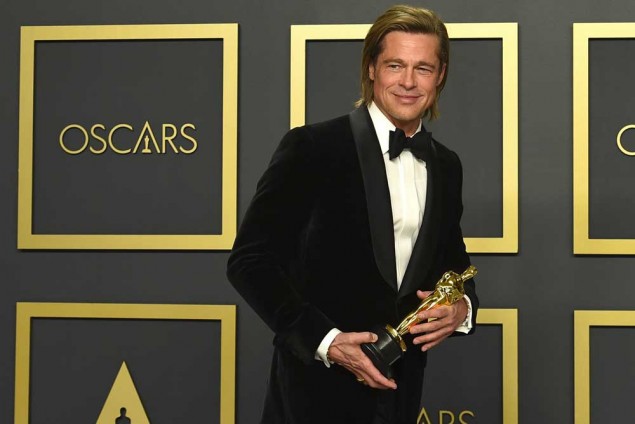 Brad Pitt (56 years old): won the Oscar as Best supporting actor for once upon a time… in Hollywood. AP photo

Brad Pitt: why did you thanked (and who are) Geena and Ridley?

But let’s go over the details of your portfolio… Let’s take a step back, far back. The first part, for Thelma & Louise. Remember? He yes. And, not surprisingly, during the thank you speech, he thanked (of course) Ridley and Geena. That would be Ridley Scott (the director) and Geena Davis. In the film he took of shirt, jeans and white t-shirt. He remained in jeans and a cowboy hat and a hair-dryer in hand. Dancing seducing (and not only…) her. Watch it below…

Before, he had made the aspiring journalist. And the “chicken”. In the sense that advertising disguised as a chicken, a chain of chicken restaurant in Los Angeles. The first movie? In 1987: a scene in Hunk.

But then, with Thelma & Louise started the myth. That continues. From 1991 to the present. At 56 years of age, Brad Pitt has a personal wealth of $ 300 million. We arrived starting from the compensation of just 6 thousand euro for that film.

We make the accounts in pocket to Brad Pitt

What next? 500 thousand for his part in Kalifornia. And that was only the year after. The t-shirt parade had made its effect… The effect Brad… Not a bad jump. And you have not heard everything: the 4 million for Se7en, 10 million for Sleepers and the same for Seven years in Tibet.

In short, everyone – but everyone – the directors in their career they wanted at least once Brad Pitt on the set. Regardless of how much this would cost in economic terms. And, in fact, go up with the fees: 17 and a half million for Vi presento Joe Black, Fight Club, Spy Game and Troy.

Brad PItt in Mr & Mrs Smith20 million dollars of cachet, and the encounter with Angelina Jolie

And then the 20 million to one of its most important parts (even from a personal point of view) of Mr. and Mrs. Smith. On the set, Brad met Angelina Jolie, his future wife. And yet 10 million for Ocean’s Eleven. But with a nice percentage of the profits… Today they pay permanently 30 million. What Quentin Tarantino off the hook for having it There was a time… in Hollywood.

Add to that the fact that he is also the producer. The first Oscar, to say the he won in this role. The film was 12 years a slave. The year of 2014. And the company is Plan B. Guess who founded it? But with Jennifer Aniston, of course… When they were married. Then he took it all after the divorce.

There would also be photos of the newly born children: the first shots of Shiloh (7.6 million) and the twins Vivienne and Knox (15) sold exclusively to the magazine Hello! The money went to charity, though.

These are the fees that are disclosed, can achieve the beauty of 300 million euros. And then Brad Pitt is not only the actor most beautiful in Hollywood, but also the richest (or almost…). A real golden boy…

LOOK AT THE GALLERY

OSCAR NIGHT 2020: THE NIGHT OF THE TRIUMPH OF KING BRAD

ALL THE WOMEN BRAD

The rich, the famous, and acomitiva de jair bolsonaro spread of the coronavirus

The rich and the famous spread of the coronavirus in Brazil

Follows the plot of the divorce of Brad Pitt and Angelina Jolie. The thing is that burns in the family Pitt!

Selena Gomez says that her new songs have made Taylor Swift...

BBB20: Gizelly is discussed is at the relationship of Penny and...