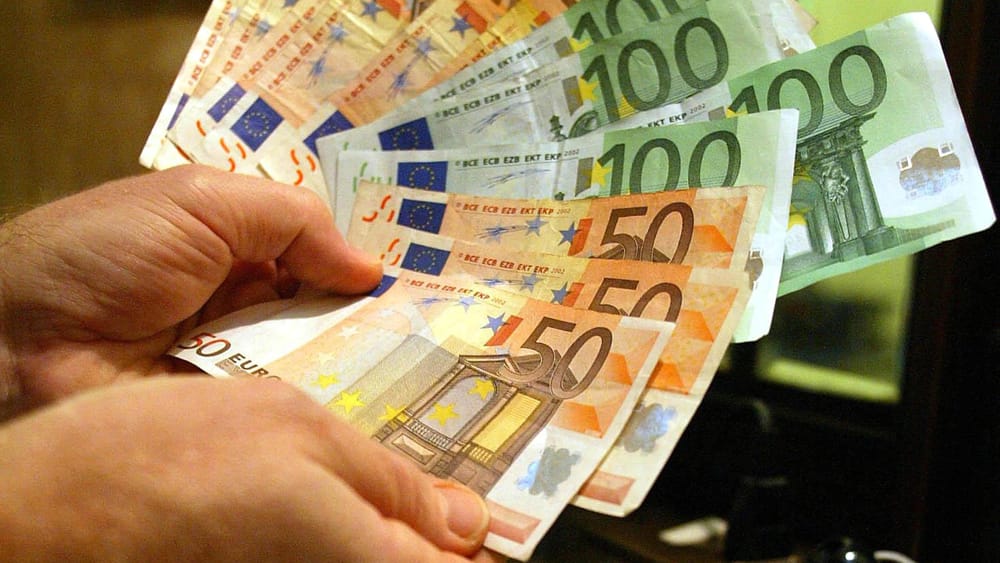 But yes, we help tax evaders :: Blog on Today

Once the final formalities have been completed, the new government will finally be able to get to work and implement the measures promised during the election campaign. In a very short time, a Budget Law will have to be implemented capable of responding to the needs of the country, which at the moment is mainly composed of families and businesses brought to their knees by expensive energy. Economic issues are the first to be addressed, so much so that the League has wasted no time, immediately presenting a bill that, yes, can be inserted in the economic cauldron, but certainly does not improve the lives of Italians. We are talking about the proposal signed by the deputy of the Carroccio Alberto Bagnai, which plans to raise the cash ceiling from the current 2 thousand euros to 10 thousand euros.

So in summary, while there is an entire country that cannot pay its bills, in which most of the workers are precarious or underpaid, the first concrete proposal foresees the possibility of going around with 10 thousand euros in your pocket or bag. To some it might seem absurd at least, but the project is anything but a joke. Indeed, Brothers of Italy has made it known that the measure will already be included in the next maneuver.

What can I say, there are those who do not earn 10 thousand euros in a year, those who have never had them on the account and those who barely run with 10 euros in their wallets. And let’s not talk about some isolated cases, poor exceptions in a country of the rich, if anything it’s the opposite. It is most of the country that is dealing with the crisis, which comes at the end of the month with water in the throat, which saves on spending and on the needs in order to move forward.

Let’s face it, who needs to turn around with 10 thousand euros in cash? In a world racing towards digital and electronic payments, which are also fundamental in the fight against tax evasion, what need do we have to raise the cash ceiling? How much does such a measure need to an average family, which will never see 10 thousand euros all together?

It is useless to go around it, deciding to raise the cash ceiling means going in the opposite direction to the crusade against tax evaders. But what correlation is there between these two phenomena? In Europe there are several countries that do not adopt any cash caps and have a low rate of tax evasion. An example is Germany, where there is no ceiling, but for payments over 10 thousand euros it is necessary to present some documents. The threshold is also not envisaged in the Netherlands, the United Kingdom and Austria, while it is mainly adopted in Southern and Eastern Europe.

Despite some virtuous examples, a comparison between countries with and without roofs could be misleading. In fact, the factors that determine tax evasion are many and differ from country to country. A not simple operation carried out in a study carried out by Bankitalia in October 2021 entitled “Pecunia olet: use of cash and the underground economy”. translate – all things being equal – into an increase of between 0.8% and 1.8% of the underground economy “. In essence, estimates suggest that raising the cash cap contributes to increasing transactions unknown to the taxman.

In conclusion, despite the sparse scientific literature capable of proving with certainty how the limit to the use of cash translates into an automatic decrease in tax evasion, it is undeniable that stricter rules can only have a positive impact on the problem. On the other hand we are made like this, the opportunity makes the thief man, or in this case evader, and in this case Italy always ranks at the top of the rankings for undeclared payments and tax evasion, so the annual figure is it is between 150 and 180 billion euros.

But that’s okay. Schools are falling apart, the health system is collapsing, those who have a job are struggling to make ends meet and those who do not live in desperation. But let’s console ourselves, you can go around with 10 thousand euros in your pocket. To have them.

Videogames entered his life in the late '80s, at the time of the first meeting with Super Mario Bros, and even today they make it a permanent part, after almost 30 years. Pros and defects: he manages to finish Super Mario Bros in less than 5 minutes but he has never finished Final Fight with a credit ... he's still trying.
Previous Juve, Rabiot and Paredes in the balance for the future: ‘Via those who have disappointed, Milinkovic the dream’
Next Julia Roberts, 55 years of the ‘next door’ star