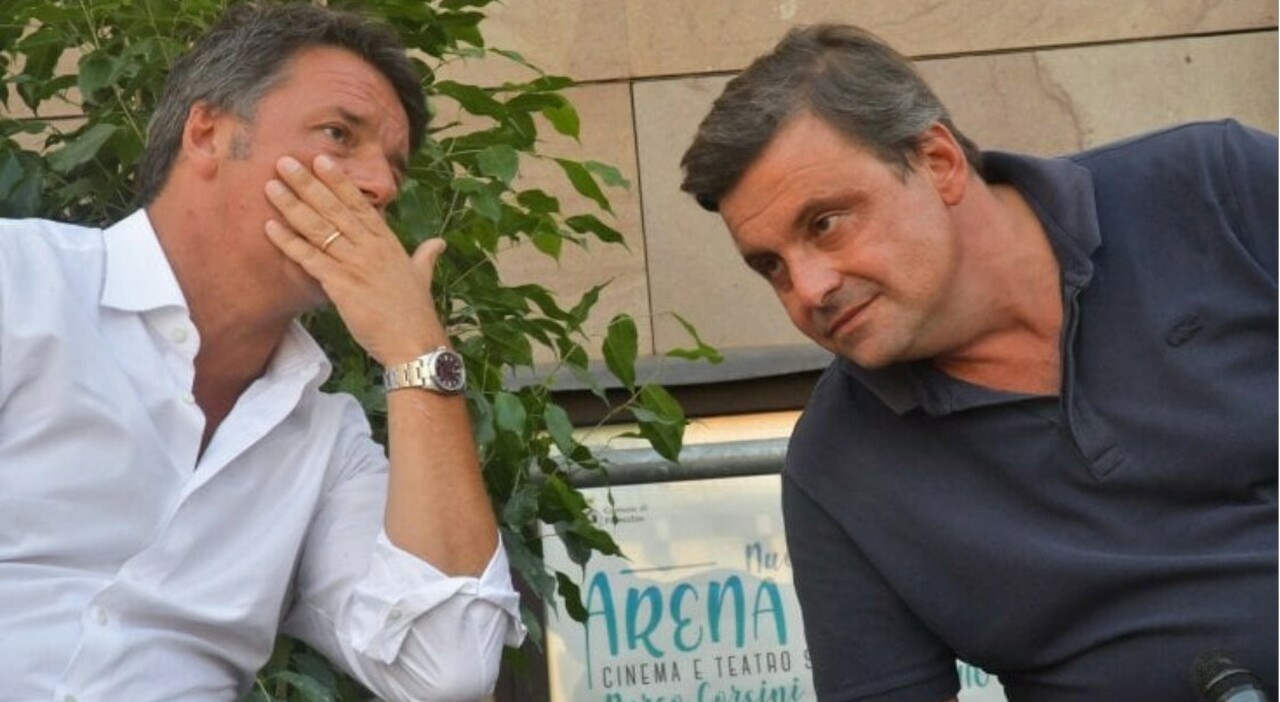 Calenda and Renzi in the Senate, here is the move of the Third Pole to block the right

It wasn’t a joke. Carlo Calenda and Matteo Renzi really believe that, «since you can’t win, the game is not letting anyone win». How? «We will tear a tie in the proportional to the Senate. With 10-15% we block everything … », is the shared forecast. And from here, according to the plans of the two leaders of “Italy seriously”, a new majority of broad agreements in the name of Mario Draghi will be able to resume life after 25 September.
For this reason and with the aim of snatching moderate votes from Forza Italia, Lega, but also from the Democratic Party, the two leaders have decided to both run for the Senate. Calenda will be leader in the proportional lists for Palazzo Madama in Lazio, Veneto, Emilia Romagna, Sicily and Piedmont. Renzi will lead the lists of the Third Pole, in Tuscany, Lombardy, Campania, Puglia. In addition, in all these Regions, based on the principle of alternation between an exponent of Action and one of Italia viva, for example, the two leaders will have Maria Stella Gelmini in Lombardy and Mara Carfagna in Campania in second place on the list.

In the new Polo, which defines itself as “pragmatic, credible and reformist”, there is optimism. “Our coalition has important potential to do well from North to South. We will have a widespread result throughout the country, thanks to the support of many mayors, the business world and civil society”, explains Ettore Rosato who is the president of IV and led the negotiations with Action. “We are strong for example in Campania, where we got 7.4%, and also in Sicily: in Palermo we have elected four councilors. And then, thanks to the local roots and the appeal of Carlo and Matteo, we will do very well in Lazio, Tuscany, Lombardy, Emilia Romagna ».
Model? The one chosen for the municipal offices of Rome when, alone “against everything and everyone”, Calenda snatched almost 20% and was the capital’s first party. With one problem: in single-member constituencies, where the side that gets the most votes wins, “Italy seriously” will probably not touch the ball. Hence the choice to focus almost exclusively on the proportional which assigns two-thirds of the seats in the next Parliament.

To be attractive, the Third Pole does not limit itself to embodying Mario Draghi’s agenda, «made up of ready and concrete proposals». The promise that Calenda and Renzi make to potential voters is that “Italy seriously” will not dissolve after the September 25 vote. «Carlo and Matteo are together now and they will stay together», assures Rosato, «our goal is to build a house of moderates in tone, but courageous in content. We will be true reformists according to the scheme launched by Draghi: a wedge between the two populist poles, sovereignist and maximalist ». In short, to use Calenda’s words: “We will be the antidote to chaos and the inability of the right and left to offer a coherent and credible government proposal.” Elena Bonetti, Minister of the Family thinks so too: «We have a path ahead that will go well beyond 25 September. The house of moderates and reformists is made to last because it takes time to carry out the reforms that the country needs ».

“Presidentialism is not done”

Meanwhile, Calenda dissolves the controversy over presidentialism. The reason: «This reform does not carry any risk of authoritarian drift because it will never be done. It is a great weapon of mass distraction. Inflation, health, business 4.0, education, infrastructure implementation and Pnrr. Let’s focus on what matters, ”recommends the front runner of the Third Pole. He announces: «Thursday we will present our program which follows Draghi’s last speech to Parliament and which aims to rebuild Italy without ideologies, but with competence. Without any unrealizable promises, but proposals to make Italy a normal country in which problems are solved and not hidden by bonuses ».

Videogames entered his life in the late '80s, at the time of the first meeting with Super Mario Bros, and even today they make it a permanent part, after almost 30 years. Pros and defects: he manages to finish Super Mario Bros in less than 5 minutes but he has never finished Final Fight with a credit ... he's still trying.
Previous Good morning with the transfer market
Next ‘He is number 1 in Brazil, not Neymar’