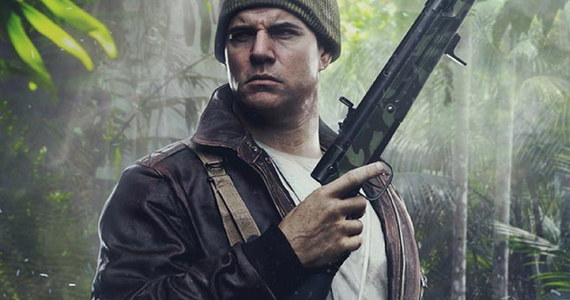 Call of Duty: Vanguard – free multiplayer sample until the end of the week

It is true that the premiere Call of Duty: Vanguard just happened (exactly two weeks ago), but Activision has already prepared a special event for people who have not yet decided to buy the game. From today (November 18) up to and including Monday (November 22), the online mode in the latest COD will be available for free to all comers.

Importantly, it will not be any multiplayer clipping. Activision has announced that everyone who takes part in the free play will receive access to the complete content. During the five days of free gameplay, we will be checking all modes, maps, weapons, and all content that will appear in the game during the testing period.

Date of free trials Call of Duty: Vanguard it is not accidental. First, on November 17, one of the fans’ favorite maps – Shipment – hit the game. And secondly, on November 19, COD’s biggest competitor will have its premiere, i.e. Battlefield 2042. This one, however, does not enjoy a good reputation. Early access players complain about most of the game’s features – the class system, number of weapons, shooting mechanics, no scoreboard, and technical issues and bugs.

However, back to Call of Duty: Vanguard, there is also a third reason why Activision could have opted for a free (long) weekend with multiplayer. That’s low sales for the game. For example, in Great Britain, in the period just after the premiere, it changed by 40 percent. fewer copies of the new COD than the last year’s edition of the series.

IN we issued our review to Call of Duty: Vanguard grade 8/10.

Call of Duty: Vanguard surprised me with absolutely nothing. This is exactly the game I expected. I was quietly hoping for a bit more innovation and a more ingeniously implemented single player campaign, but I’m slowly getting used to the fact that Activision got used to – and players – to slow evolution.

Fan of video games and new technologies, I am editor in this environment for several years already. I like to share my passion through news, tests and other files. I also love wrestling and Marvel Comics.
Previous Coronavirus. Poll: Most Poles support restrictions for the unvaccinated
Next Jeff Bezos was laughed at at the Baby2Baby charity gala