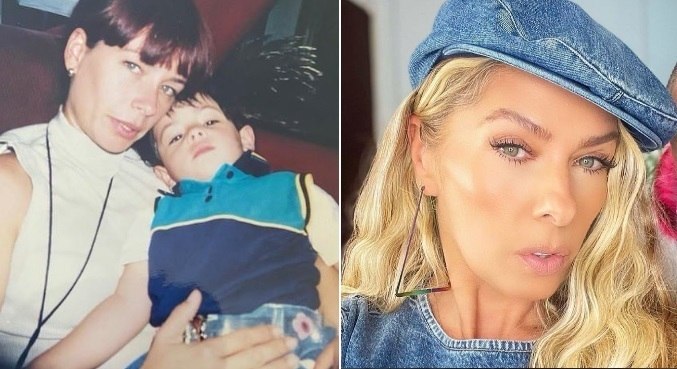 Camila Cabello’s mother impresses by similarity with Adriane Galisteu: ‘They even look like sisters’ – Entertainment

Camila Cabello caused an uproar on social media by posting a photo of her mother, Sinuhe Estrabao.

The image itself is not controversial, it just shows the singer of Cuban origin as a child on her lap.

What caught the attention of many Brazilian fans was the similarity between Sinuhe and presenter Adriane Galisteu, who runs the reality shows Power Couple Brasil and A Fazenda.

“My God, they even look like sisters. I’m scared,” wrote a follower. “Woman, call her to cover her days off on reality”, joked another internet user. “Does Vittorio have a very famous older sister then?”, another fan was amused when talking about Galisteu’s son.

The resemblance is such that the photo arrived at Galisteu herself, who republished Camila’s photo and used two wide-eyed emojis, showing herself shocked. “Your lost twin,” posted one follower. “DNA”, replied Galisteu, amused.

Camila’s fans even tried to warn her about what was going on. “Camila, you have a Brazilian aunt, run here”, posted an internet user.

Your lost twin, for sure lol

Did you not know you had a twin sister? because now you know


Single, Camila Cabello is living a great personal and professional phase. Check it out below.

Videogames entered his life in the late '80s, at the time of the first meeting with Super Mario Bros, and even today they make it a permanent part, after almost 30 years. Pros and defects: he manages to finish Super Mario Bros in less than 5 minutes but he has never finished Final Fight with a credit ... he's still trying.
Previous The Hunger Games will return to theaters with the prequel film
Next At Quiet Place, prequel title revealed