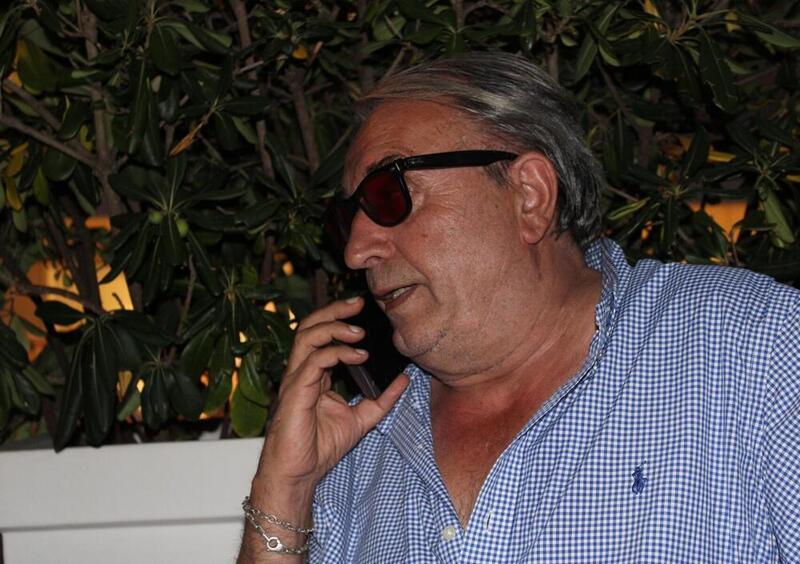 Carlo Pernat: “I have the c ** ions for Bagnaia! Valencia? Here are two finals!”. And then on Quartararo, Marquez and the “after Valentino” … – MOW

Carlo Pernat more on fire than ever after a lunch with some friends from the days of the Dakar. We interviewed him and he spoke to us (badly) about those who belittle Bagnaia, about Ducati’s mistakes, about Fabio Quartararo who “is not just the fault of the bike” and Marc Marquez who “shows that he has a strange position on the saddle” . He also told us about his “director’s dreams” and also about Honda which risks ending up like Ducati after Casey Stoner and MotoGP which survived Valentino Rossi’s farewell in a great way

“I’m in the car after a crazy lunch with old friends from the Dakar, when it was still the Dakar, ask me anything you want, I have a speakerphone and still a little way to go” – Carlo Pernat immediately answers us on the phone without even saying the conventional “ready”. He is happy for the afternoon spent in the company of old friends to remember incredible episodes in the desert theater, but also because his two pilots, Enea Bastianini and Tony Arbolino, have given a show again in the last weekend.

C.ontent and satisfied or just happy?

Never satisfied, but what are you joking? When you live off motorbike racing, you never have to feel satisfied, there is always more to win, a new goal to achieve. With Enea Bastianini, at the beginning of the season, we said it would be a dream to end this world championship, the first in MotoGP with a bike that wasn’t two years old, in the top five. In the five we are there, but we are not satisfied! There is still a slight chance of finishing seconds behind Bagnaia, and then there is a third place to go and get in Valencia!

C.he final can you imagine?

I was thinking about it tonight: I would like to be a director to write the Valencia 2022 film. I have a couple of scripts in mind: one more romantic and one more thriller!

Let’s start with that thriller then …

No, come on, let me start with the romantic one, so then the reader is not forced to immediately touch iron or touch anything else. In my romantic film about Valencia 2022 I see Enea Bastianini who immediately leaves on the run, passing first under the checkered flag before a huge party, like those at Carlo Pernat, in which Enea celebrates victory and third place in the world championship and Pecco celebrates the title reported after many years in the Ducati garage. I could also tell you that in that film it would not be bad for a Quartararo who fails to score points, so that Enea, instead of third, finishes second in the world championship, but Fabio does not deserve it and misfortunes or falls never wish anyone. .

Ok, however, that the necessary precautions are made and that it is not said that Pernat has brought bad luck. I imagined a Pecco in difficulty, out of the points zone, with Fabio Quartararo first and Enea Bastianini who reached him on the last lap and overtook him at the last corner, going on to win and thus allowing Pecco and Ducati to take the world championship anyway. .

Stuff to blow the coronaries to all fans …

Yes, but so much is mere fantasy. The truth of racing is only one: only the drivers write movies!

What film does Enea Bastianini want to write?

The same as always, what all the drivers write: to win. But do you really think that there could be a rider who doesn’t go out on the track with the sole intention of winning and finishing first? In these days I have heard a sea of ​​crazy belinate, but the truth is that the gas does not shut it off anyone on purpose. It is one thing to have extra attention, another thing is to turn off the gas. Enea, like everyone else, will want to win in Valencia, also because a second or third place in the world championship at this point is within her reach and would be important goals from many points of view. She does not need to prove anything, because I think that this 2022 has already said who Enea Bastianini is, but there is a milestone close by and let alone if she does not want to undergo it at all costs.

S.and Bastianini were to win in Valencia, the world championship would in any case be Bagnaia’s, so everyone would be happy and content anyway. Or not?

If the world championship will be held by Bagnaia, and at this point I think it will hardly go differently, it is because Bagnaia deserved it. You can’t understand how much my co ** ions turn to Pecco and all the things I’m reading about team orders, the best bike, the collaboration of the other Ducati fans. Guys, Pecco has won seven races out of nineteen, it’s crazy stuff, and this year he was the strongest. And that’s that. Regardless of what may happen in Valencia, Pecco was the strongest. And those who do not want to accept this do not understand anything about motorbike racing. A game was triggered to belittle Pecco, as if he did not deserve enough, but a driver who wins seven races is not what he deserved, he deserved. Maybe Ducati made a bit of a mistake in this too, but I say maybe, because I don’t know, honestly, how he could have protected him from certain bad things, because they are bad things about him.

Ok, Pecco has deserved, but it cannot be said that Fabio Quartararo also has not deserved. Or not?

I think about this in a slightly different way from the crowd. It is true that Fabio Quartararo has always asked Yamaha for a better M1, but it is also true that he has signed a contract renewal for two seasons and therefore it is clear that that bike is not so bad. There are problems, especially with regard to top speed, but Quartararo was firmly at the top of the standings and I think he also put some of him into it. He is an immense talent, but he suffers too much pressure. There was a moment when he got demoralized and his eyes changed a bit from there. In terms of talent, perhaps, he is superior to Bagnaia, but the head counts as much as the talent and Fabio is probably still a bit weak when everything is not going well. But be understood, we are still talking about a phenomenon.

TO about phenomena: how do you see Marc Marquez?

I see Marquez pretty well, it’s the Honda that I see badly. On Marquez I say “enough” because in any case he has undergone an operation that is not a walk and you can also see from the outside that he has a strange position on the saddle and that the best physical condition has not yet arrived. But Marquez with only one arm and with all the problems he may have is still there to play with the first ones, given that his talent is immeasurable and is unmatched at the moment in any of the others. Honda, on the other hand, suffers too much. The value of a bike can be seen in the results of the second rider. The first driver makes the difference by putting something of him, the second, on the other hand, is the one who puts you in front of the real references and how Pol Espargarò, Alex Marquez and Takaaki Nakakami went is there for all to see. Frankly I don’t know if I would like to be Joan Mir or Alex Rins next year.

Because obviously Honda will have to build a bike around Marc Marquez, leaving behind the needs of others who, consequently, will have to adapt to Marquez’s bike. Except that if Marc Marquez did not find the best condition he would be in the pitch darkness again. And it is not so obvious that Marquez will return to the real Marquez because, as I repeat, the surgery he underwent and what he went through are not a joke. This is a bit like what happened in Ducati at the time of Stoner. Casey won with that Desmosedici, but then it took years and years to make it a bike he could have won with someone else too. The great champions condemn you a bit to this thing here, it also happened in Yamaha until the arrival of Jorge Lorenzo when Valentino Rossi was there.

Given that we mention Valentino Rossi: in the end, MotoGP continued despite his farewell …

I’ve never had any doubts. Motorcycle racing was born at the very moment in which there were two motorcycles in the world, let alone if they will ever die. Of course, Vale’s farewell was a very hard blow and we need to react in a studied and calibrated way in order not to lose too much public, but if we go and look, at least we Italians have something to be passionate about. In this 2022 there were two Italian riders who fought for the world championship to the end, riding two Italian bikes, and one will probably win it too, there was a Ducati that dominated and an Aprilia that was constantly between the first. And then there are some pilots that are turning out really well. Let’s take Marco Bezzecchi, for example, that boy is really strong, he reminds me a little of Aeneas, Carlo Pernat tells you!

David Martin is the lead editor for Spark Chronicles. David has been working as a freelance journalist.
Previous Solid tumors, from the MyPathway study new further evidence on
Next La Sapienza, students occupy the faculty of political science for one night: “The rector resigns, no to the police in the universities”