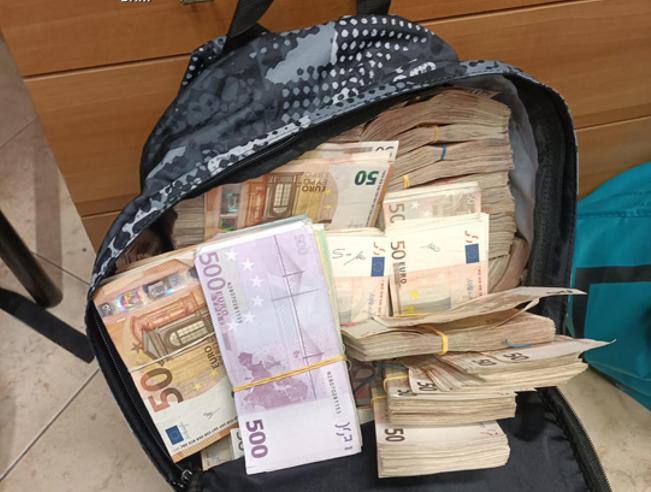 S.for years I have been looking for contraindications to the reasonable limit of use of cash, but I have never found one. Minister Salvini, on the other hand, finds many, since he proposes to raise the ceiling from 2,000 euros to 10,000, and then I ask him: “For whom is it advantageous to go around with 10,000 euros in your pocket?”. Certainly for the drug dealersfor who pays bribesfor who he works illegally (who can also access all the benefits and aid provided for the poor, including citizenship income).

From the data of the OECD, European Union, Tax Research it emerges that we are a very corrupt countryand all the surveys related to the world of procurement show that bribes are paid in cash. Not only that: drug dealing, oil smuggling, of cash lives on counterfeit goods. Discouraging their use in favor of traceable payments is a duty because illegal activities are countered. It is a must because it contributes to reduce illegality in the world of work. It is a duty because it makes life more complicated for tax evaders. It is worth refreshing the Istat tables published in 2021 on theshadow economy: 183 billion. An economy composed of 3.5 million illegal and “illegal” workers, i.e. workers paid in cash. This means zero tax revenues and zero contributions paid. And it involves an infinite number of sectors: from construction to healthcare, from wholesale to catering, to logistics. To this are added hundreds of activities ranging from the lawyer to the doctor, from the beautician to the hairdresser, from freelance to the plumber, who collect the services in cash and on which they pay no taxes.

So: what advantages does raising the ceiling to 10,000 euros bring and to whom? Moreover it is less risky to carry an ATM or credit card in your pocket compared to cash. The Deputy Prime Minister intends to align himself with a “European average”. And that is which one? In In France and Spain the ceiling is 1,000 euros, in Greece 500, in Belgium and Portugal 3,000. In Germany, Austria, Luxembourg, Ireland, for example, there are no limits, but neither is there the evasion and the undeclared that we have. Neither in the United States there is a limit to cash, but if you go to buy anything over $ 100 they hardly accept cashbecause no one wants to have to manage a cash register full of cash.

Even in our supermarkets, reporting is easier since customers mostly pay by card. In the US, when they catch a tax evader, the tax evader remembers him for life. In Italy we are less bad. I remind you minister that those who escape steal the health services they use without having contributed to paying the cost, just as they did not help pay for the school where they send their children, or the construction of the roads they travel every day. All this is paid for by the usual ones, those who find it hard to see 10,000 euros all together. They have never complained about the cash ceiling, on the contrary they see it as a fair measure of contrast. Prime Minister Meloni declared that it is an ideological discussion, which is not there correlation between the underground economy and the cash limit. To tell the truth, a recent Bank of Italy study has shown the correlation.

The variety offered by video games never ceases to amaze him. He loves OutRun's drifting as well as the contemplative walks of Dear Esther. Immersing himself in other worlds is an incomparable feeling for him: he understood it by playing for the first time in Shenmue.
Previous Kill the Justice League, the co-founders of Rocksteady leave the studio – Nerd4.life
Next the replica of the Azzurri fans