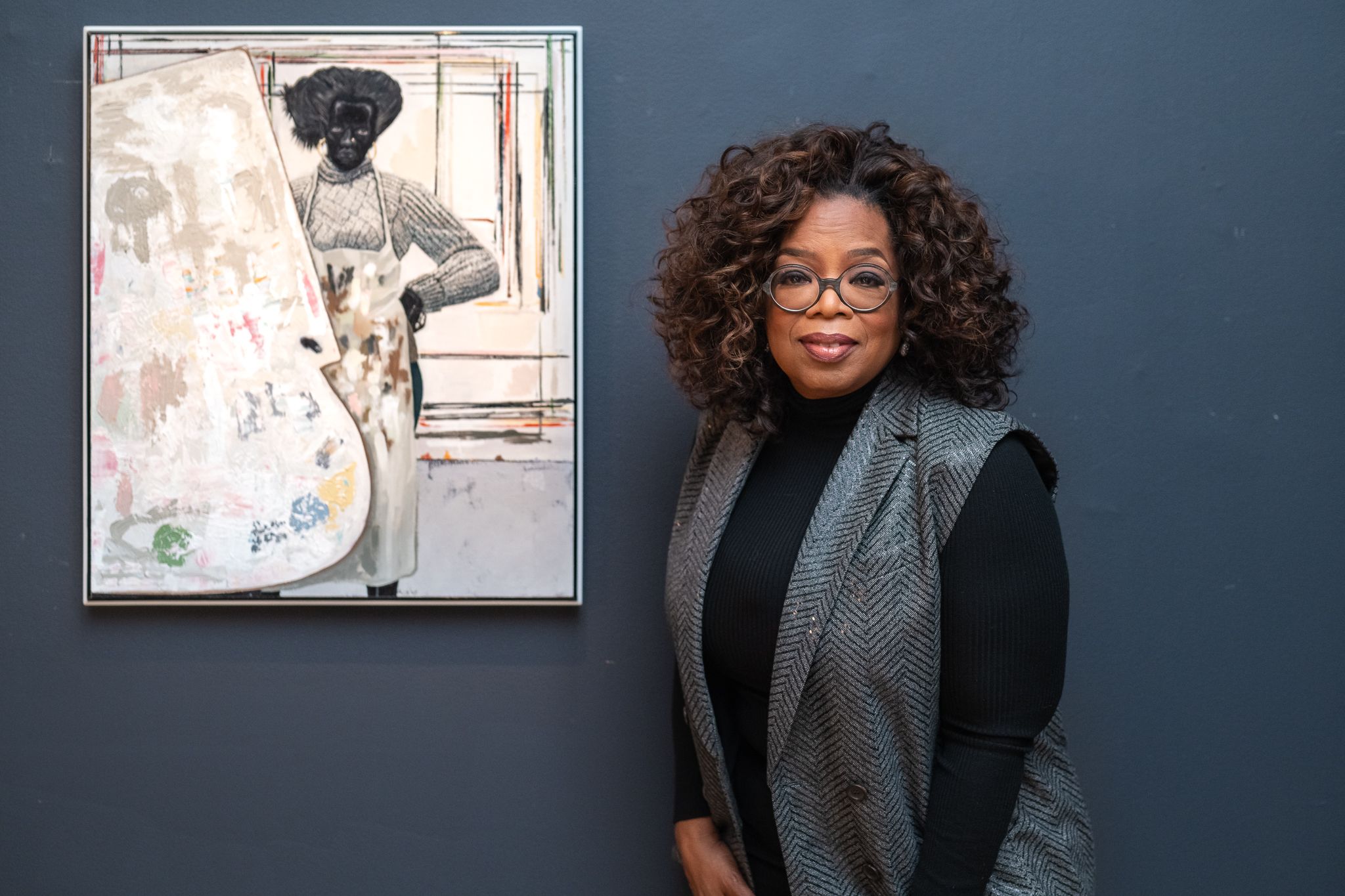 Celebrities who have large art collections

Did you know that great music, Hollywood and classic television stars have extensive art collections? In addition to valuing the market, this movement is very important to attract the attention of the general public to the artistic circuit, given the power of influence that these celebrities have.

With that in mind, we invite you to learn a little more about the collections and artistic involvement of these names in the pop world.

Even after the end of her relationship with Basquiat, it seems that the singer’s passion for the art world has remained alive. She collects modern and contemporary art – mostly by women artists. According to rumors, her collection is worth around $100 million and includes works by Frida Kahlo, Pablo Picasso, Damien Hirst, Tamara de Lempicka, Fernand Leger, Man Ray and Marilyn Minter – of which she has previously used the video. Green Pink Caviar in the background of his tour performance Sweet and Stick 2008, who remembers? Madonna has also owned several works by Basquiat, but they were eventually destroyed by the artist himself.

The multifaceted singer has already flirted with the visual arts, working in and out of this universe. From expressionist canvas painter, critic – writing for Modern Painters magazine – to actor, playing Andy Warhol in the film Basquiat directed by Julian Schnabel. Bowie was that person so intimate of the art circuit that he could even make a joke by fooling everyone and continue with the same level of affinity, as when he invented an artist character who would have destroyed 99% of his emblematic production before committing suicide.

But it is about his role as a collector that interests us here, although Bowie told the BBC in 1999 “The only thing I buy obsessively and addictively is art”, it was only after his death that we could understand the extent of what he kept. Having been born in south London, it is perhaps not a coincidence that he collected a majority of 20th century British artists such as Peter Lanyon of St Ives. However, among other names further away from England are Marcel Duchamp, Henry Moore and Damien Hirst. A part of this collection – 400 pieces – has already been auctioned at Sotheby’s by the family, which at the time considered not having enough space to store it.

After the most diverse references to works of art in Beyoncé’s clips, from the performance of Jay-z singing “Picasso Baby” – which says “I just want a Picasso in my house” – at Pace Gallery, from the Carters’ Apesthit clip at the Louvre , from the publicity with Tiffany in front of Basquiat’s work, among many other stories, it should come as no surprise to anyone that the couple has an extensive and impressive collection.

Jay-Z has already commented that the hobby came about under the influence of Bey who grew up surrounded by this universe, since her mother, Tina Knowles Lawson, has been a collector since her youth. The set includes paintings by Damien Hirst – among them, the piece Beat Life, Cheat Death (2008) was inspired by one of the rapper’s songs -, work by Andy Warhol – which hangs over the couple’s fireplace – Pablo Picasso, Richard Prince, Jean-Michel Basquiat, Tim Noble and Sue Webster, George Condo, Lau Simmons and Ed Ruscha.

Did you know that the rapper has studied painting? Ye is always, at the very least, a box of surprises. His high school drawings have been valued at around $20,000. But you may have noticed that many of his albums have covers with prints by artists like Takashi Murakami, Kaws and George Condo. While his intimate relationship with contemporary art and artists is no secret to anyone, all purchases of his work remain confidential.

Who remembers the movie The Golden Lady? Well, the super presenter could easily be a character in the plot. Let’s explain: in 2017 it was reported that the billionaire investor was behind one of the biggest private art deals of 2016: the sale of $150 million of the Portrait of Adele Bloch-Bauer II by Gustav Klimt. The 1912 painting is among Klimt’s famous series of portraits of the Austrian socialite that sparked a legal battle and inspired the film starring Helen Mirren.

In 2015 she hosted an auction where she announced a huge collection of not just art, but luxury items in general. The most expensive item was a painting by American artist Richard Edward Miller, valued at the time between $80,000 and $120,000. An oil painting by Hovsep Pushman titled The Little Mother, which depicts a young black woman wearing a flowered scarf on her head, holding a white doll, was one of the highlights of the event. But after the Klimt case, what else does Oprah have to tell us?

When Brad Pitt and Angelina Jolie secretly got married in 2014, their friends gave them artwork as gifts – yes, we want that kind of friend too. Thus, the former couple’s castle in the south of France quickly turned into a kind of private gallery. Part of this is specifically due to Dom Pattinson, a British urban artist who is a good friend of Brad Pitt, helped design the interior and also gave them a series of original paintings.

Over the years, the two have had important works such as the only painting Winston Churchill did during World War II, Banksy classics, as well as works by Neo Rauch, Marcel Dzama and Dom Pattinson. The entire collection was estimated to be worth US$25 million.

Despite all this, it is believed that among them Pitt is the most interested in buying works. In 2015, he ranked seventh on Wealth-X’s list of Hollywood’s greatest art collectors, and even after their divorce, he was the one who kept the practice going.

Pharrell Williams’ Miami penthouse is known for its vast collection of art. He is a big fan of contemporary sculptors and painters such as KAWS and Takashi Murakami – with whom he has collaborated in the creation of the sculpture. The Simple Things (2008) which was quickly sold at auction for US$2 million. In addition to these two artists, Williams also owns works by Keith Haring and Daniel Arsham.

What may still surprise you is that Williams has also done some curatorships such as girl – exhibition with the same name as the singer’s album – which brought together works by Marina Abramovic, Sophie Calle, JR, Alex Katz, Kaws and, inevitably, Murakami; and This is not a toyan exhibition where he was a guest curator and featured “conceptual toys” including some from his collection, and his collaboration The Simple Things.

The artistic influence on the actor’s life began, literally, from the cradle. In his documentary, The Flood, he spoke of the work The Garden of Earthly Delights, by Hieronymus Bosch, which hung above his crib and, according to him, was his first memory. In fact, even before that, it was in the Uffizi Gallery, in front of Da Vinci’s work, that DiCaprio’s parents decided to name him Leonardo.

Many years later, you may recall that he organized an auction with Christie’s in 2013 to raise money for the environment – ​​this one included works from his own collection, such as Ocean V (2010) by Andreas Gursky. Its extensive collection comprises Jean-Michel Basquiat, Ed Ruscha, Oscar Murillo, Salvador Dali, Jean-Pierre Roy and Takashi Murakami.

David, in particular, is a great patron of provocative British art. In addition to buying works from the biggest and most famous names in the art world, he is also a huge supporter of lesser-known and emerging painters.

Over the past decade, the Beckhams have amassed an impressive art collection, reportedly valued at $44 million. The acquisitions are guided by the “love theme” and grace their homes in London, Milan and Los Angeles. Some of the art is overtly sentimental, but other pieces, like Hirst’s bull heart stabbed with scalpels, speak to the trials and tribulations of modern romance.

To celebrate their daughter Harper Beckham’s birthday in 2014, the couple commissioned a large pink heart with tiny butterflies titled Daddy’s Girl by Damien Hirst, for which they would have paid £600,000. In addition to Hirst, the collection includes works by Sam Taylor Wood, Tracey Emin, Banksy and Jake, Eddie Peake and Dinos Chapman.

Who knew that the classic spider-man still has time to attend auctions and art fairs? In 2010, he did an interesting interview with KAWS for Interview Magazine. But much like the character himself, there is little information released about Maguire’s secret identity as a collector. It is known to have been seen at the Armory Show in New York and at Art Basel in Miami, as well as some major auctions. In 2007, he purchased a painting by Japanese artist Kaz Oshiro. In the same year, he made an offer for the Mark Rylen cartoon titled Tincture and got it for $42,500.

John and his life partner, film producer David Furnish, are known as experienced collectors of contemporary art. All of the couple’s residences – which are not few – are centered on art. The singer owns one of the world’s premier private photography collections, comprising over 4,000 pieces and in-depth representation of Man Ray and Irving Penn. The couple owns everything from modernist works to cutting-edge contemporary images such as Keith Haring, Andy Warhol, Damien Hirst and Philip Taaffe.

The family is not known as innovative art collectors who bet on rising stars. They are the type who like pop art and always make safer choices. Kris, Kylie and Kendall Jenner have Tracey Emin’s neons at home, prominently displayed in their mansions.

As an example, we can mention Kylie’s dining room, photographed by Architectural Digest in 2019, which features a row of pink butterflies from the series. I Love You by Damien Hirst, the series cure and several prints by Andy Warhol and a work by Jean-Michel Basquiat. Other highlights include a glittering $750,000 sculpture by James Turrell in Kendall’s home and Roy Lichtenstein framed above Kourtney’s dining room table.

Videogames entered his life in the late '80s, at the time of the first meeting with Super Mario Bros, and even today they make it a permanent part, after almost 30 years. Pros and defects: he manages to finish Super Mario Bros in less than 5 minutes but he has never finished Final Fight with a credit ... he's still trying.
Previous Live LIVE Roma-Monza 2-0: double by Dybala – Forzaroma.info – Latest news As Roma calcio – Interviews, photos and videos
Next Celebrities who have large art collections