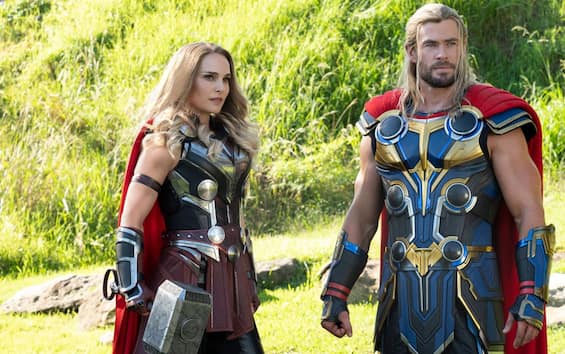 “Chris Hemsworth is really nice,” Natalie Portman said in the interview. “The day we shot the kiss scene he ate no meat in the morning because I’m vegan”, she revealed, specifying that for the actor it was a great sacrifice because “he eats meat more or less every half hour. That was very thoughtful of him. It’s not something I get angry about or care about, but it was just thoughtful”, he concluded, once again emphasizing the kindness of his colleague. Also Tessa Thompson, who plays Valkyrie in the film, confirmed Hemsworth’s interest in his co-star, adding: “I didn’t know she could go without eating meat. It’s like she eats bison in the morning. It was a very sweet gesture.” In Thor: Love and Thunderthe protagonist asks for help from King Valkyrie, Korg and his ex-girlfriend Jane Foster, now able to lift Mjolnir, to defeat the terrible Gorr the Godslaughter, played by Christian Balewhich he wants to lead to the extinction of the gods.

Chris Hemsworth talks about his daughter

During an interview Chris Hemsworth talked about what it was like acting with his 10-year-old daughter, India Rose Hemsworth, had by his wife, and actress, Elsa Pataky. The little girl plays the daughter of the antagonist Gorr the Slaughter of Gods. The actor revealed that he helped his daughter record the audition, and that he is very happy with the result. “He’s done an incredible jobcongratulations and good for her”. Hemsworth then added: “I love the ability to be themselves that children have in moments like that – he said, speaking of the set – It is a good reminder for all of us, to stay true to who we are and not to get caught up in the importance of it all”. Christian Bale also wanted to say something about him: “Chris was a wonderfully attentive dad, was behind the camera all the time to check that she was okay,” he revealed when speaking of the relationship between his colleague and his daughter. “She would give me the thumbs up and I would give them back, to keep things under control. It was tender to see them together and she was herself.”

David Martin is the lead editor for Spark Chronicles. David has been working as a freelance journalist.
Previous Emma Watson lookalike on TikTok: Hermione is on social media
Next Brad Pitt and Angelina Jolie in the film convict: 5 things to know about ‘Mr and Mrs Smith’