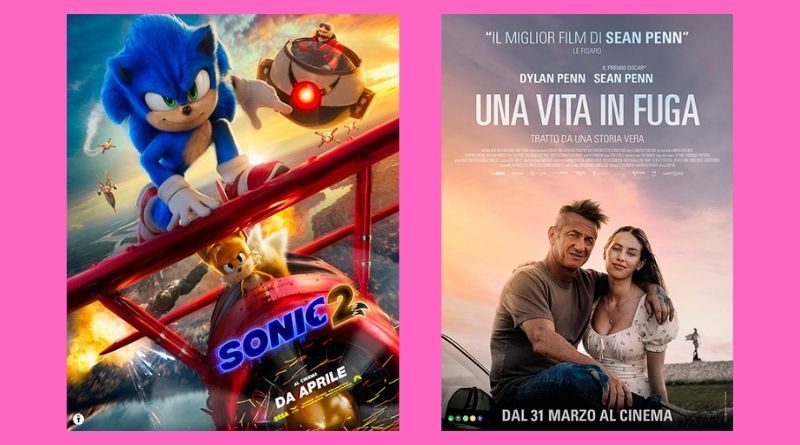 Plot
Sonic 2, a film directed by Jeff Fowler, is the second chapter on the blue hedgehog of videogames, endowed with supersonic speed, grappling with a new adventure on our Planet. After the adventures of the first film, the time has come for Tom (James Marsden), Maddie (Tika Sumpter) and Sonic to start a new life in tranquility in Montana. Too bad Sonic wants to be useful and sneaks off at night to save the world, but every time he tries to be a hero he ends up causing a disaster.

Plot
Una Vita in Fuga, the film directed by Sean Penn, based on the biographical book by Jennifer Vogel “Flim-Flam Man: The True Soty of My Father’s Countrefeit Life” and is inspired by true events. It tells the story of Jennifer (Dylan Penn), who has to deal with the problems caused by a father who loves her, but who lives a double life. Her father, John Vogel (Sean Penn), in addition to being a very respectable parent, is also a fraudster or – better – the counterfeiter best known to the police.

David Martin is the lead editor for Spark Chronicles. David has been working as a freelance journalist.
Previous Jack O’Connell: career and private life of the protagonist of Lady Chatterley’s Lover
Next Napoleon, Ridley Scott reveals why he had to rewrite the film. Here’s all we know