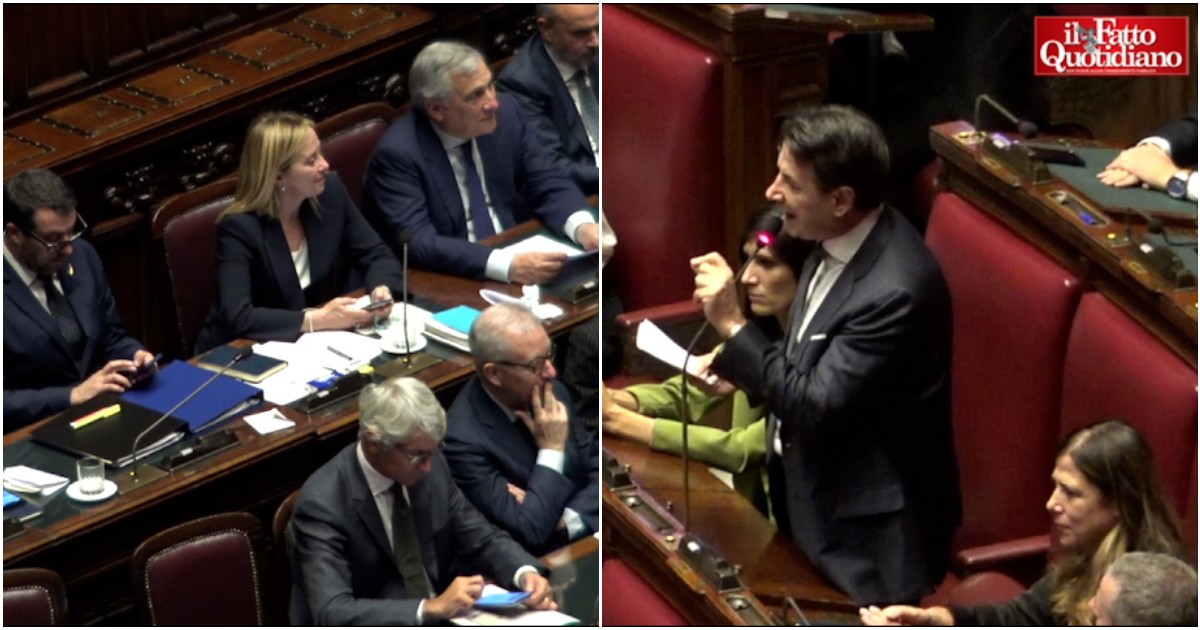 Conte a Meloni: “Denounce the ‘cunning of the Income’ and don’t say that 90% of the scams are for corruption, tenders and public administration”

“President Meloni, in an hour of speech you did not spend a single word to give us a concrete indication of the measures you intend to adopt on the expensive bills, on expensive prices. Nothing at all. He hasn’t told us anything about extra-profits, about the budget gap: sooner or later you’ll have to decide ”. The leader of the M5S is attacking Meloni Giuseppe Contein the Chamber in the House, during the final explanations of vote on the confidence in the government led by Giorgia Meloni. A long-distance battle that has touched several points, from school to weapons, passing through the management of the pandemic al Basic income: “The clearest sign of continuity with the Draghi government is the Ministry of Economy in Giorgetti. This explains the soft opposition to the outgoing government, isn’t it that in the end Draghi wants to write the agenda? And again: “In that case he will also find support from some opposition benches …”, continued Conte, amid the evident irritation among the benches of Italy Viva and Action, with the deputy Roberto Giachetti who challenged Conte’s words with eloquent gestures. 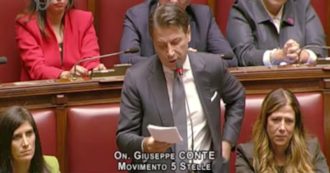 Conte a Meloni: “Merit cannot trivialize the role of the school which is not a place of selection but of redemption”. And he mentions a professor

Conte continued his attack on the nascent Meloni government by claiming how this “will pursue a safe race to rearm that she is keeping silent, because she is not talking about it, but will go in continuity with the outgoing government. We have already managed to stop it and we will continue to do so ”. And again: “We are ready to report your inconsistencies and inadequacies. Ours will be a solid and punctual opposition, anchored to the needs of citizens, which is why it will be relentless and uncompromising “. And applause also came from the benches of the Democratic Party, addressed to the same Count, by the former Minister of Labor Andrea Orlandowhen the president recalled, with regard to citizenship income, that ‘scams and cunning do not reach one percent‘. And again, support for Conte came from Orlando himself, the former Minister of Health Roberto Speranza, Arturo Scotto and by other members of the dem and of Article One while talking about Covid and recalling what happened when Meloni was in opposition: “Ours will certainly not reach the levels of composure to which you accustomed us during the pandemic …”, he provoked. Then, amid the controversy from the center-right benches, Conte also warned the new Minister of the Interior, Matteo Piantedosi: “We respect the right to manifest thought. I also turn to the Minister of the Interior: I am worried to see the images of charges and batons at La Sapienza, I am worried as a citizen and as a university professor “

Europe, fascism, PNRR, drills and the mafia: all the contradictions of the premier in the comparison between her statements

Videogames entered his life in the late '80s, at the time of the first meeting with Super Mario Bros, and even today they make it a permanent part, after almost 30 years. Pros and defects: he manages to finish Super Mario Bros in less than 5 minutes but he has never finished Final Fight with a credit ... he's still trying.
Previous Juve, the future on the left wing is already at home: Iling-Junior has convinced Allegri, he will have more space | A league
Next the best titles to watch