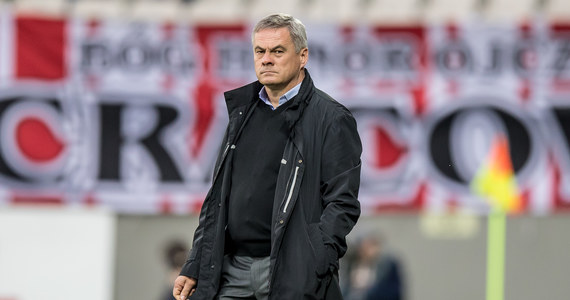 – Almost 30 years ago you made your debut as a coach. Today will emotions be similar? Interia asked Zieliński.

– 30 years ago I was still playing football. I only look old – replied the coach with a smile.

Exactly 28 years have passed since his debut. In the 1993/1994 season he was in charge of the reserves of Siarka Tarnobrzeg, of which he was also a player. He stopped running in 1994 and devoted himself entirely to coaching.

He already has 15 clubs in his CV as a trainer. Previously, he only led Polonia Warszawa twice in Ekstraklasa, and today he will return to Cracovia. His greatest success is the Polish championship with Lech in the 2009/2010 season, the first for Poznań players in 17 years.

– I have been in Ekstraklasa since 2007, although with various breaks. As a coach, I already have over 300 games to my credit, so it’s not a statistic to be ashamed of. That I am rarely mentioned among the candidates for the league teams? Well, these are the times. Now there is a galaxy of young coaches and I understand that. Young wolves nibble on seasoned trainers, but this is normal and I’m not going to worry about it. Today the reality is different, Cracovia is also a different team. The ball, however, has not changed, the game is still after 11 and the one who scores more wins. And at the end, the coach verifies the pitch – emphasizes Zieliński.

He returns to Cracovia after more than four years. From the current team, only Kamil Pestka, who was 19 years old at the time, can remember him and he played at Zieliński once, for several minutes. Since the departure of the trainer, Cracovia has already built a training base in Rączna (now Zieliński lives there), tried to rebuild the sports division, and added the Polish Cup and Super Cup to the display case. At that time, Zieliński was running Termalica Bruk-Bet Nieciecza and Arka Gdynia, in order to get along very quickly with Janusz Filipak, the owner of “Belts”.

– I’ve been a coach for several years, but I still feel adrenaline before the game. It shows that I’m not burned out and I still want to move forward to do cool things with Cracovia. Stress before the match with Rakow will certainly occur, but it will not be calf tremors, but something that will allow me to make an even better plan for this match – says Zieliński.

The trainer does not make promises yet, nor does he draw far-reaching scenarios. At the moment, his task is simple – to move the team away from the relegation zone.

– I know what players I found here. You can talk about plans, dreams, but you have to move in the personal set that exists. Various scenarios are possible for the match with Raków, but we will try to choose a set that will be effective – assures Zieliński, who rather there are no plans to conduct a revolution in the squad.

David Martin is the lead editor for Spark Chronicles. David has been working as a freelance journalist.
Previous PKN Orlen warns against frauds appearing on the Internet
Next Portugal. Media: The EU is hostage to Germany and Berlin hostage to Russia