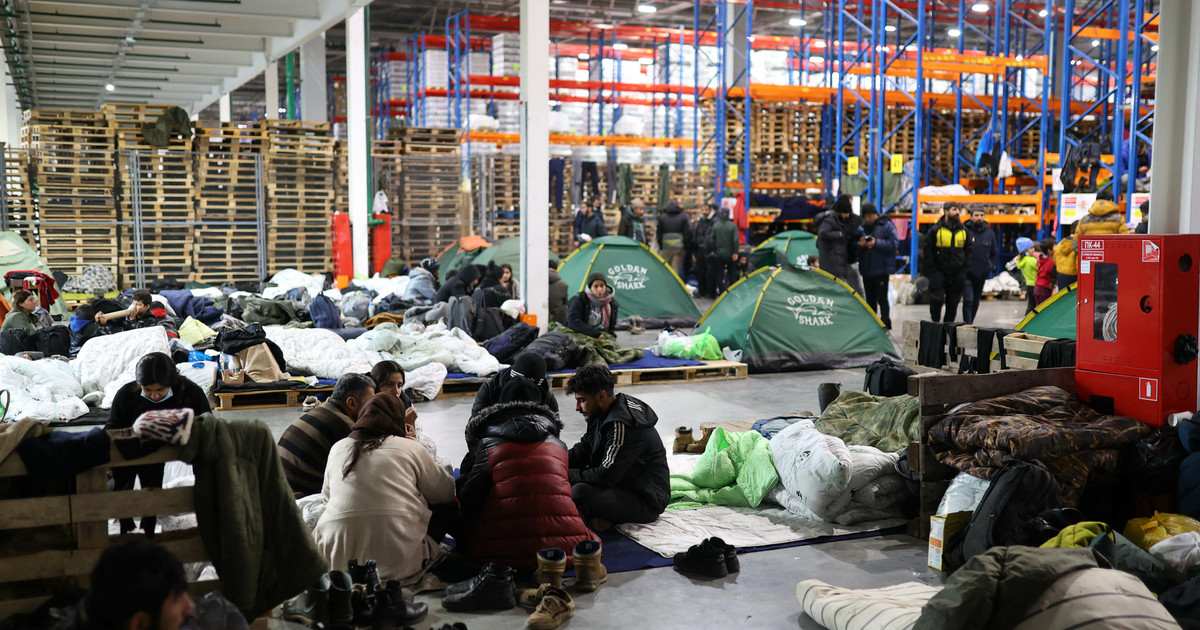 Crisis on the border in Poland. Facebook helped fake news to fuel the conflict

As reported by one of the most important American newspapers, migrants were to see fake Facebook posts with information that Poland was opening its borders and inviting all migrants. What’s more, one of the fake videos even included information about where migrants should gather to enter the EU – it was a campsite near a gas station that migrants called the “Jungle”.

Migrants who believed the message flocked to the border. Unfortunately, after reaching the place, everyone found out that the Polish border was still closed. Moreover, the Polish government and the EU, which supported Poland’s position accusing Lukashenko of the migration crisis, have no intention of allowing anyone to enter the territory of the Community.

The situation at the border. What does help for migrants look like?

It is known that the Belarusian authorities contributed to fueling the crisis by allowing thousands of migrants to obtain tourist visas and then helping them to cross the border with Poland.

However, as the authors of the New York Times emphasize, social media, especially Facebook, significantly helped Lukashenka’s regime. Although there is no evidence that Lukashenko himself carried out an organized campaign aimed at sending false information to migrants, there were certainly “influencers” promoting false content on Facebook.

And here we come to the essence of the problem. Facebook and other social media did not react to fake news appearing on their pages. Was it about information from smugglers who were ready to transport migrants for money; or subsequent posts by “influencers” who shared information on where to cross the border, Facebook still did not take any action to counteract it. There was no reaction from the portal’s authorities, and fake news was still sent out among the migrants.

Meanwhile, since July 2021, the amount of content and posts in Arabic and Kurdish on Facebook has increased significantly. The overwhelming majority of them are related to migration to the EU via Belarus.

– Facebook has exacerbated this humanitarian crisis. We are dealing with people who were brought to Belarus and misled, deceived Monika Richter, head of research and analysis at Semantic Visions, an intelligence company that tracked social media activity related to the crisis, told the daily.

Investigators confirmed that the smugglers were able to openly share their “services” on Facebook along with their phone numbers. They also released video reports on the site from people who reportedly have successfully reached Germany. In one post, the smuggler advertised “daily trips from Minsk to Germany, which is only 20 km away on foot”. Another smuggler with the pseudonym “Visa Visa” on Facebook offered trips to Germany from Belarus via Poland. The smuggler said the journey would take 8 to 15 hours, while posting a warning: “Don’t call if you’re afraid.”

After the publication of one of the false recordings, a wave of migrants found themselves at a gas station near one of the border crossings. Contrary to the promises they heard on the video, no one was waiting for them and the border was still closed. Now the migrants have been transported to a warehouse where they are waiting for further steps by the authorities.

How much does the “guide” cost?

Smugglers often demand around 7,000 for their services. hole. However, there are also cases when migrants have to pay 10,000. dol. to get to Europe. “They keep saying the door is opening, but look where we are all now,” quotes one of the migrants in the New York Times.

As vacation migrants became more and more interested in traveling to Europe, dishonest companies decided to seize the opportunity. Here, too, Facebook proved to be useful, where carriers informed about the price and availability of visas to Belarus. In this case, smugglers used social media to promote Belarus as a back door to Europe.

As of July, Semantic Visions identified dozens of Facebook groups with the sole purpose of informing about migration routes and smugglers ready to help with border crossing. “Our findings show the extent to which social media platforms, in particular Facebook, have been used as a de facto market for smuggling into the EU,” the company concluded in its latest report, already in the hands of EU officials.

Officially, the company announces that the possibility of publishing materials that facilitate or promote human smuggling has been prohibited. What’s more, the platform has special teams whose task is to monitor and report such cases.

“Smuggling people across international borders is illegal, and the advertisements, posts, pages or groups that provide, facilitate or coordinate this activity are not allowed on Facebook,” said Facebook in a statement published in the New York Times. However, the company has not communicated exactly how it deals with publishing information that is misleading and potentially dangerous.

One such site was run by Kurdish-German influencer “influencer” Karwan Rawanduza. About 100,000 followed his posts on the Internet. migrants. The problem is that the videos and information he shared were often fake. The page, however, only disappeared when Rawanduza said that a Polish politician publicly accused him of helping fuel the crisis.

Videogames entered his life in the late '80s, at the time of the first meeting with Super Mario Bros, and even today they make it a permanent part, after almost 30 years. Pros and defects: he manages to finish Super Mario Bros in less than 5 minutes but he has never finished Final Fight with a credit ... he's still trying.
Previous PSG valued Mauricio Pochettino. The Argentine may soon take over Manchester United
Next Traces of VR mode have been found in GTA Trilogy Definitive Edition