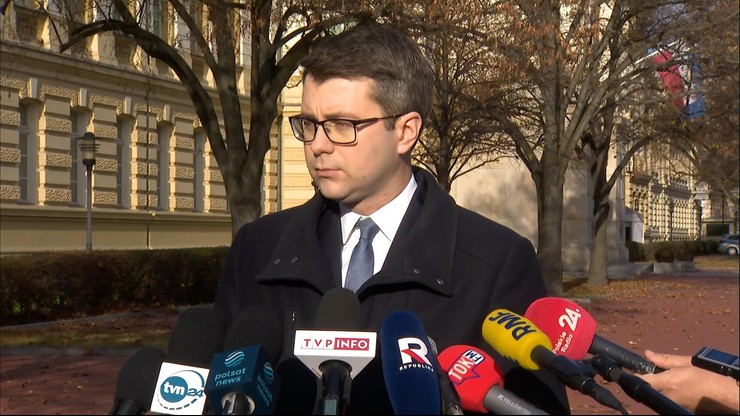 Government spokesman Piotr Müller He warned Saturday that actions such as cyber attacks, manipulating gas supplies and prices and triggering a migration crisis “do not mean that the crisis on the eastern border is over.” – There are indications that the geopolitical crisis will continue for many months – he added.

He also said that there were also issues “related to, for example, the new energy blackmail tool that appears in the hands of Russia, i.e. the potential launch of the Nord Stream 2 gas pipeline”.

A government spokesman said that “we must learn lessons from Russia’s actions in Georgia and Crimea“He admitted that geopolitical evaluation is difficult, and” we need all solidarity measures. ” Piotr Müller announced that Prime Minister Mateusz Morawiecki would travel to several or a dozen European countries to “present the geopolitical situation and protect himself against actions from the eastern side” – he informed.

Morawiecki will meet prime ministers on Sunday Lithuania, Latvia and Estoniaand over the next few days he will be meeting other representatives of several countries European Union and Europe.

Government spokesman He stressed that “the foreign visits of the prime minister are aimed at preparing for the growing threat from the east in the face of the difficult geopolitical situation”.

Piotr Müller in the “Guest of the Events” program

We are dealing with some kind of weakening of the attack on the Polish border, but we are not giving up diplomatic actions – he said in the program “Guest of Events” government spokesman in Polsat News Piotr Müller. – Prime Minister Mateusz Morawiecki in the coming days it will have a series of meetings in European capitals concerning the area of ​​Central and Eastern Europe – added the government spokesman.

SEE: Piotr Müller: 3-4 thousand migrants at the border; we expect an escalation of military action

When asked if Berlin was on the list, a government spokesman replied that “it is undoubtedly one of the places to meet.” – But we had contact by phone with the German chancellor, and there are EU countries that know much less about the conflict between Poland and Belarus – he said.

Attempts to cross the border illegally

On Friday, there were 195 attempts to illegally cross the Polish-Belarusian border. Border Guard officers issued 82 foreigners decisions to leave the territory of our country. 5 foreigners were detained – the Border Guard said on Twitter.

“Two Ukrainian citizens and a German citizen were arrested for aiding” – the Border Guard announced on Twitter.

Videogames entered his life in the late '80s, at the time of the first meeting with Super Mario Bros, and even today they make it a permanent part, after almost 30 years. Pros and defects: he manages to finish Super Mario Bros in less than 5 minutes but he has never finished Final Fight with a credit ... he's still trying.
Previous Gikiewicz’s eloquent words after the win with Bayern. “Old Grandpa” Football
Next Thymesia with a delayed premiere. It will be coming to PS5, XSX and PC in a few months