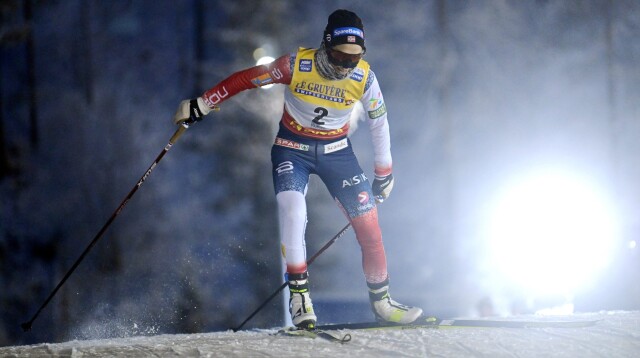 Cross-country skiing without a World Cup ahead of the Beijing Olympics. The competition in Planica was canceled

In both cases, the cancellation of the competition was caused by the COVID-19 pandemic and the rapidly increasing number of infections with the omicron variant.

The Slovenes could not guarantee safety

The health authorities of Slovenia decided that they were unable to guarantee the safety of participants, staff and fans, as announced in a statement from the International Ski Federation published on Monday.

“In the current epidemiological situation, 100% safety cannot be guaranteed. Unvaccinated people will sooner or later become infected due to the high contagiousness of the virus and numerous contacts. In this situation, the World Cup competition could end in quarantine of a large number of people, including foreign athletes. Epidemiological situation. in the country is bad and we are trying to maintain the functioning of the medical infrastructure. We do not recommend events that pose a risk of additional infections “- said Dr. Irena Grmek Košnik from the National Institute of Public Health, dealing with the issue of COVID-19 in the organizing committee of the competition in Planica.

BREAKING:
The FIS Cross-Country World Cup events in Planica had to be canceled

The decision to cancel the World Cup in Slovenia also affected the Nordic combined, who were to compete together with the runners. The competition was to be a dress rehearsal before the Nordic World Ski Championships, scheduled for 2023.

Marcisz 25th in the last stage of Tour de Ski

The Beijing Olympic Games will be held on February 4-20. Live coverage on Eurosport and in player.pl.

David Martin is the lead editor for Spark Chronicles. David has been working as a freelance journalist.
Previous Interest rates. Further increases are inevitable
Next In Lusatia, they will produce hydrogen using photovoltaics