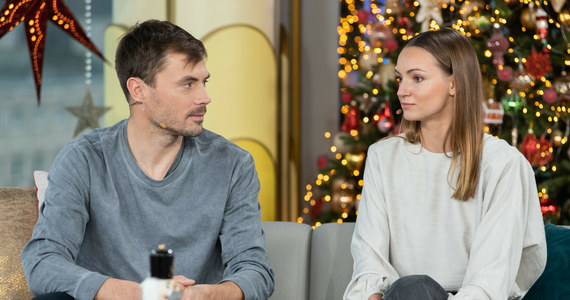 Jakub Przygoński start on Tuesday’s stage Dakar Rally it will not be too successful. In the race, he was placed on 28th place, making w general classification fell two positionswhile the losses are not very large. He is only 1.03 minutes behind the immediately preceding de Villers.

It could have been much better. It turns out that Orlen Team driver’s vehicle has suffered a serious breakdownwhich probably contributed to the final result. “We tried to avoid any breakdowns at all costs, but the gearshift mounting broke. We had to fix it. (…) It’s a pity, because we lost 15 minutes today. (…) We also had a flat tire, so it torn our back. . Today a lot of adventures “- explained Przygoński.

Kuba Przygoński on the breakdown of the vehicle /https://www.instagram.com/kuba_przeczonski/
/Instagram

READ ALSO: DAKAR 2022. KAMIL WIŚNIEWSKI: I WILL TRY TO KEEP ON THE PODIUM

Regardless of whether the starts are successful or not, Kuba Przygoński can always count on his wife’s support. They Justyna Przygońska they have been married for years, they have two daughters – Alina and Nina. The driver’s wife takes care of the family, home, but also running your own business. Together with a friend, she started a clothing business.

Przygońska She has been interested in fashion for a long time, moreover, with her well-developed figure, she could boldly deal with modeling. However, her appearance is a salt in the eye for some. Her and her brands appear on Instagram negative comments about a slim figure.

Unpleasant comments appear both on my Instagram and on the official profile of The Odder Side, i.e. the brand that I co-own. Among them ‘are you a disgusting anorexic’, ‘you left Auschwitz?’, ‘Eat a sandwich’ and the like. According to some people I am asymmetrical, others allow myself to make a diagnosis, say that I have health problems, which is not true – I check myself regularly and take care of myself. Some comments can be very harmful.

The wife of the Orlen Team driver has the impression that “criticizing others on the Internet has become a kind of a way to vent negative emotions in the simplest possible way – seemingly anonymously”. But that’s not right at all. He believes that such aggressive behavior is often “a reaction to one’s own unworked problems.” Added to this is a sense of impunity, a lack of empathy and culture.

Even though Przygońska likes her body, negative comments hurt herand even “can shake her self-esteem.” Contrary to all critics, she takes care of her figure and good condition.

I also enjoy taking baths and regular exercise. It requires a lot of discipline and proper organization of time, but at the same time it gives me a lot of satisfaction. I love to observe the changes taking place in the body and notice positive effects – not only in terms of appearance, but also strength and better coordination. My husband, who is an athlete and trains regularly, gives me a lot of motivation to act

Justyna recently confessed to her observers that she has had bouts of stress. They are most often caused by anxiety for the health of loved ones and work. She also returned to the topic of hate, which she constantly struggles with.

There is a fashion for hate in the network, maybe the reverse will come soon? Would have been nice. (…) When people have time to hate, then I work

David Martin is the lead editor for Spark Chronicles. David has been working as a freelance journalist.
Previous Loan fund, billion dollars. Lithuania is tightening economic cooperation with Taiwan
Next Coronavirus, Omikron. WHO director: more than half of the population in Europe can be infected with omicron within a few weeks