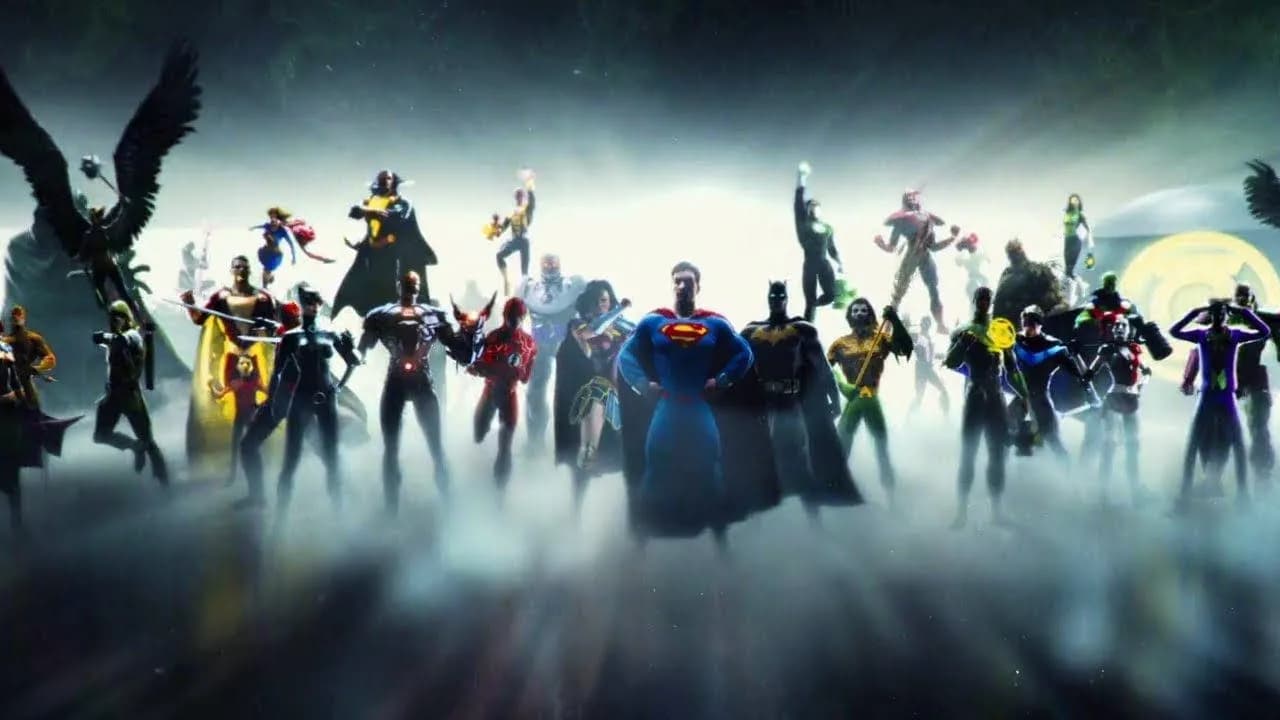 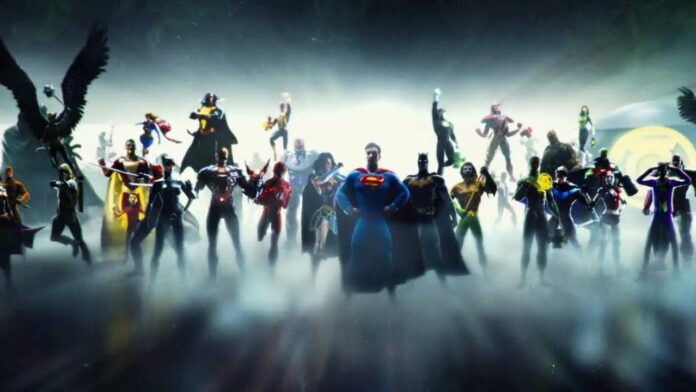 James Gunn and Peter Safran, recently appointed co-CEO of DC Studios, have made it clear that they intend to reset the shared world of DC Comics at Warner Bros with what now appears to be a full reboot, and along with the new approach of course a new logo will certainly come as well. Writer Patrick Schumacker (Harley Quinn, Powerless, Abbott Elementary ) shared a photo on social media to show off a Batman toy, and his hoodie gives us a first look at what appears to be DC Studios’ new logo.

It’s a fairly straightforward “New 52”-style design, with silhouettes of DC Comics’ blockbusters Batman, Wonder Woman, Superman, Green Lantern, The Flash and Aquaman standing on either side of the DC Studios title sign. Some have speculated that it might be a mock-up, but Schumacker has since deleted his original post, so we assume he’s caught on to the bungle! Luckily, the Flash Film News Twitter account caught it first, so we can see it below!

With the recent news that Henry Cavill has been forced to abandon his Superman, we guess it’s only a matter of time before that James Gunn announcements that Gal Gadot and the rest of the Snyder-era actors will not be returning as their respective characters. It remains to be seen whether this will include the likes of Margot Robbie (Harley Quinn) John Cena (Peacemaker) e Zachary Levi (Shazam), but we anticipate they could receive some negative backlash if Gunn and Safran don’t switch these faces as well, because it could represent unequal treatment and count them as “favorites.”

David Martin is the lead editor for Spark Chronicles. David has been working as a freelance journalist.
Previous Qatar 2022 World Cup, today’s matches and news: Morocco-Portugal and England-France on the pitch – Football
Next The Mayfair Witches: the teaser trailer and the new release date of the series with Alexandra Daddario