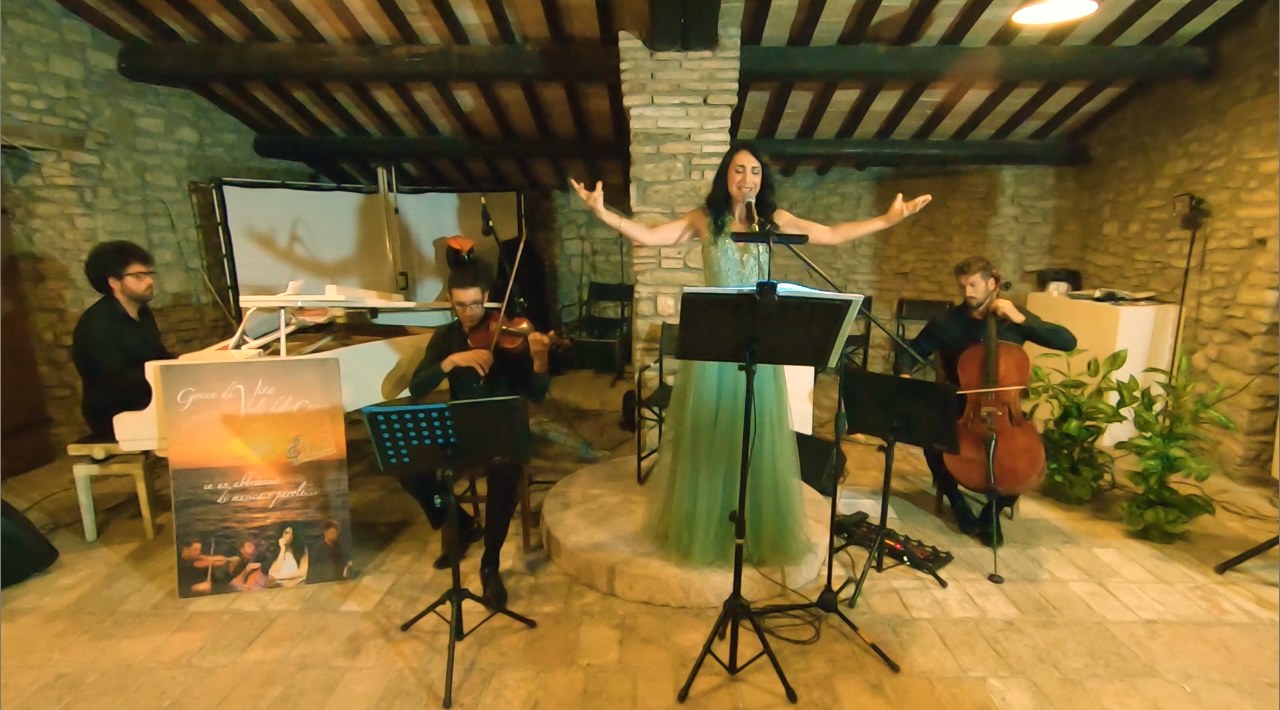 Decanto: tastings and concerts in the cellars of the Pesaro Urbino area

Music meets wine to enhance the excellence of the Marche Region through a new cultural project.

The festival is born “DECANTO – Tastings and Concerts in the cellars of the territory”: 17 appointments that from May to July the musicians of theG. Rossini Symphony Orchestrawhich will perform in the most prestigious wineries of the territory.

“The project was born on the line of development of the Marche Region and underlines how food and wine also represents a cultural value of the territory, which brings with it knowledge of ancient roots – comments theRegional Councilor for Culture Giorgia Latini -. The winning combination between quality agricultural production and concert production, both winning assets of our Region, is part of an interdisciplinary path, which also represents an important opportunity for the valuable artists of the Marches, in this case represented by the soloists of the Orchestra Rossini and prestigious guests. Bringing music to places not usually dedicated to live entertainment contributes to greater involvement of the public, from citizens to tourists, who find themselves walking a path in the beauty of our Region “.

DECANT it will therefore be a real tour dedicated to the excellence of the Marche region to discover not only the quality wine productions, but also the territories in which they are born. An opportunity to taste the DOC wines (the Bianchello del Metauro Doc, the Colli Pesaresi Doc with the Focara, Roncaglia and Monte San Bartolo Natural Park production sub-areas, the Pergola Doc) and to listen to the Soloists of the Rossini Orchestra, also an expression of the territory. In addition, there will be international guest artists such as the baritone Nicola Alaimo, Michele Panzieri with his Electric Orchestra, the singer Clarissa Vichithe saxophonist Gaetano Di Bacchus And the guitarist Giovanni Seneca.

The project of the G. Rossini Symphony Orchestra, led by the president and superintendent Saul Salucciwas born from a survey carried out on the territory by Bruno Maronna, OSR referent of the project, which has immediately obtained a huge adhesion of the wineries. The enhancement of their products through the union with music is the winning idea that will in fact allow a triumph of all five senses.

The events are organized in collaboration with Friends of the Rossini Orchestra and with the Bianchello Relay.

The appointments, starting from 19will be characterized by a wine selection of companies, accompanied by a rich tasting of food and wine products; to follow i concerts.

Let’s go Saturday 21 May with the concert “U2 between rock and spirituality”: greatest hits of the Irish musical group, from “Beautiful day” to “With or without you”played by the singer from Pesaro Clarissa Vichiaccompanied byG. Rossini Symphony Orchestrain chamber ensemble, in the splendid setting of theDe Leyva Farm in Strada della Romagna, 8 in Pesaro (Ticket, € 20; reduced under 12, € 10; reservations at 338 6597018).

The second date, Saturday 28 Mayis atAniballi Farm in Strada Cerreto, 16, in the Novilara area, in Pesaro, to listen to the exciting musical recital Ancient echoes in the voice of Mother Earth with the “Quartet Oasis of Words and Music” composed of Roberta Arduini, author and narrator; Paride Battistoniviolin; Jacopo Mariotticello; Luca Forlanipiano (Ticket, € 25; reduced under 12, € 15; reservations at 334 9019038).

Thursday 2nd June an event free which will feature the music with a Sunset Concert for Peace: “Fantasia in Sax”. Cajetan of Bacchussaxophone solo and theG. Rossini Symphony Orchestra will perform atOikos oasis, in the Strada Panoramica Adriatica in Pesaro, a natural oasis of 130,000 square meters in the context of the San Bartolo Natural Park. There is no tasting.

From the sea to the hinterland to get to The Hill of the Fairies of Fossombrone (in via Giganti, 66) where a music and dance show will be staged with the “Trio Vitruvio & Center Stage”: Fabiola Santi, flute; Franca Moschini, keyboard; Colombo Silviotti, cello. Ticket, € 30 (reduced under 12, € 15). Reservations via whatsapp at 335 5884892.

Friday 17 June toBruscia Farm in Strada Cerasa 11 / a, in San Costanzo, an exceptional guest: Nicola Alaimoan internationally renowned baritone, will be the protagonist of the concert “Traveling with Rossini”. To accompany him Claudia Foresi on the piano e Paolo Rosetti, in the guise of narrator. Ticket, € 27 (under 12, € 13). Reservations at 0721 954801 and 379 1847494.

Friday 8th July to the Montebello Monastery of Isola del Piano, in the Gino Girolomoni Agricultural Cooperative, the music is the protagonist with an entrance concert free: “Music of the Sea”the guitar of Giovanni Seneca meets theG. Rossini Symphony Orchestra. Reservations: 0721 720334 or by mail to [email protected]. There is no tasting.

Sunday 10th July another appointment with Rossini’s cross-sounds: “The Beatles”.

Clarissa Vichivoice, accompanied by Strings and bands of the G. Rossini Symphony Orchestrain the frame of the Agricultural Company Crespaia. Suspended between land and sea, in Prelato, 8, in Fano. Ticket, € 25 (under 12, € 15). Reservations: 333 1485797.

The tour of the local wineries ends Friday 29 July in Pergola alla Villa Ligi farm (via Zoccolanti 25 / A) with “Romanza 9cento …”a musical project that aims at an unusual interpretation of some of the most beautiful novels and songs of the Italian twentieth century: Francesco Panni, tenor; Augusto Vagninipiano; Samuele Garofolitrumpet; Graziano Rocconicontrabass; Vladimiro Campanellipercussion.

For more information, contact the cellars directly at the numbers indicated. The cost of the ticket, where not expressly indicated, includes the tasting and the concert. The detailed program is available on www.orchestrarossini.it.

David Martin is the lead editor for Spark Chronicles. David has been working as a freelance journalist.
Previous Alison dos Santos wins the 400 m hurdles at Drake Relays in the United States
Next Chris Brown’s album “BREEZY” will be released in June. What do we know so far? Look: