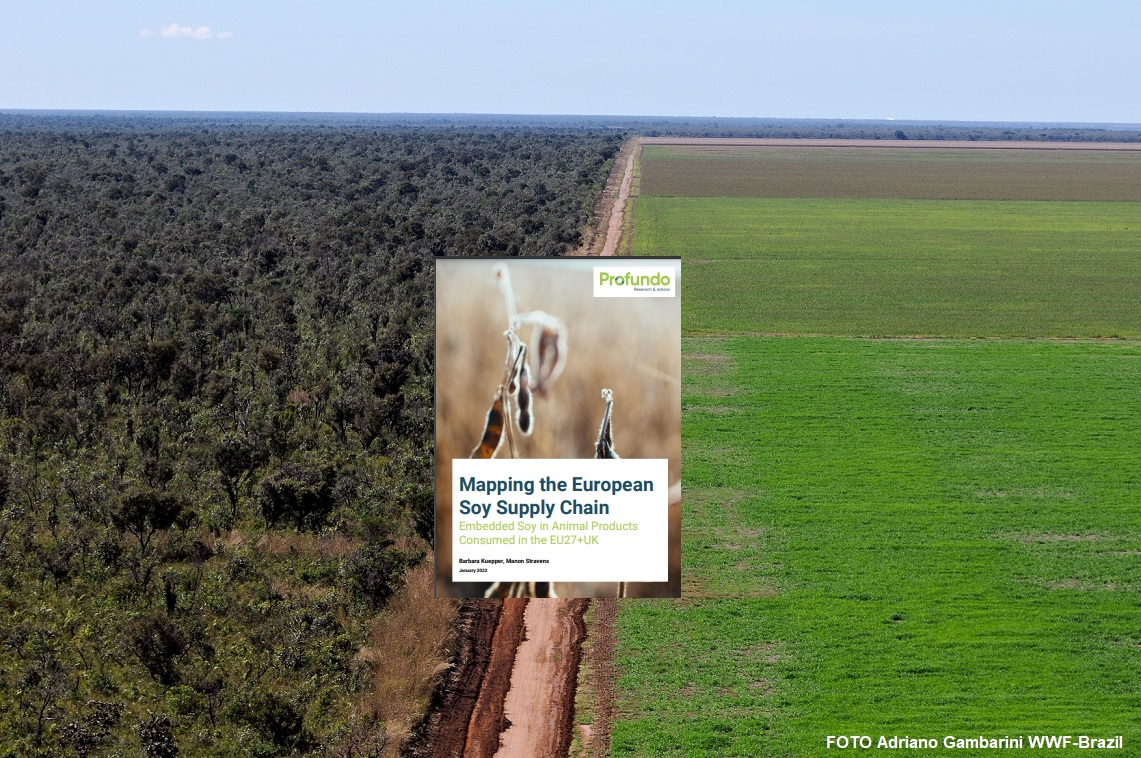 More than 20 million tons of soybeans imported in 2020, a major cause of nature destruction in South America 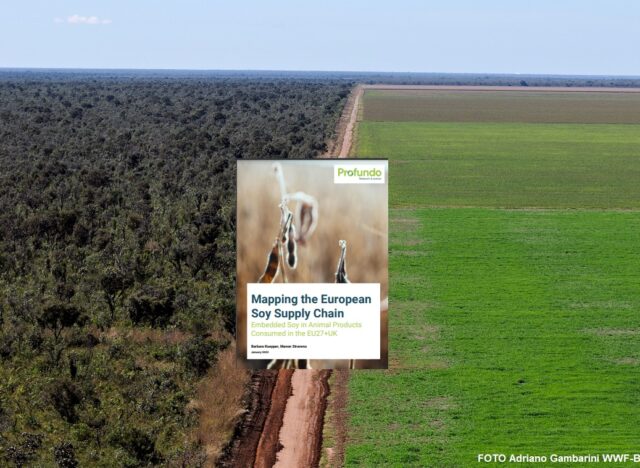 Second the new Research “Mapping the European Soy Supply Chain” commissioned by the WWF in Peofundo, «I90% of the soy that is consumed by us European citizens is the “hidden” ingredient behind the consumption of other products we choose such as meat, eggs, milk or yogurt ».

The WWF highlights that «The European consumption of products linked to deforestation makes Europe complicit in terrible devastation. What European citizens put on the table, in fact, has such strong “hidden” impacts as to put entire ecosystems at risk. According to new research, a European citizen consumes on average about 60 kg of soy per year, whose crops take the place of forests, savannas and grasslands in South America. Of the 33.9 million tons of soybeans imported into the EU in 2020 alone, well over 20 million came from South America. This means that each of our meals could potentially contribute to the destruction of these precious natural ecosystems ».

Isabella Pratesi, conservation director of WWF Italia, stresses that “It is necessary to become aware of the weight of our consumption not only on the forests, but also on the grasslands and savannas, destroyed at even higher rates than the forests themselves to make room for agriculture, with catastrophic impacts not only on biodiversity, but also on human health and on all aspects of our life. To meet today’s needs, derived from an absolutely wrong intensive model of animal production, we destroy natural systems that have an invaluable value for the functioning of the biosphere. When we finally realize the destruction wrought – also in terms of our health – by intensive farming based on the use of soy, who will give us back the lost forests? Nobody. Many are simply unreproducible ».

But there is good news: the European Union has decided to tackle the issue of the impact of the production of food and other raw materials on the planet’s forests by preparing an anti-deforestation law. For the WWF “It is necessary that the Community legislation is stringent and effective, capable of stopping the placing on the European market of all those raw materials and derivative products, whose cultivation, harvesting or production has negative impacts both on forests and on other priority ecosystems, as well as on human rights ”.

For this reason, the Panda invites everyone to sign the petition for the Together4Forests campaign, through which, with 160 other environmental NGOs, 1.2 million people have mobilized since December 2020 to demand a new clear and effective European law. «The European Commission has therefore presented a bill to minimize deforestation and forest degradation caused by EU consumption. remember the WWF -. However, the battle is not yet won, given that important ecosystems such as savannas, grasslands and wetlands are left unprotected by the current bill ».

Presented in November 2021, the European Commission’s bill has many strengths. But the WWF says it “limits its scope to forest protection only, postponing the potential inclusion of other ecosystems for at least two years. The current expansion of agricultural production activities in wetlands, savannas and prairies is in fact ignored, with the risk of transferring all the pressure caused by the production of soybeans and other commodities to these ecosystems once other fronts of expansion are prohibited “.

On March 17, the ministers of the EU member states will have to express their opinion on the draft European legislation to stem deforestation and the WWF recalls its main requests concerning the inclusion of: 1. Other ecosystems, which are converted to produce materials raw materials intended for European consumption. For example, wetlands, such as the Pantanal, destroyed to make way for pastures for cattle, savannas such as the Cerrado, at the center of enormous interests in soybean cultivation, peatlands, drained to produce palm oil. 2. Other commodities, in particular rubber and maize, as well as salmon farms, fed on soy-based feed. More generally, it would be useful to include any product, its derivatives and its processed products (eg chocolate for cocoa, furniture and paper for wood) that derive from raw materials at risk of deforestation, conversion or ecosystem degradation. 3. Human rights, preventing products linked to their violation from being placed on the EU market. 4. Same rules for all companies, with no differences on controls between those who import from countries classified as “low” or “high” risk. 5. Sanctioning measures, alongside other measures such as the confiscation of products and revenues for operators and traders, in order to dissuade non-compliance with the rule.

Eva Alessi, sustainability manager of WWF Italy, concludes: “To ensure that the food we eat every day is not complicit in the destruction of nature, European law must include, from the outset, both other natural ecosystems and all materials raw materials, their derivatives and processed products whose production destroys nature. It is therefore crucial that we as European citizens urge our governments to defend nature and uphold effective law, without loopholes and loopholes. This law will have to prevent any product, made legally or illegally, connected in any case to the transformation of ecosystems, from entering the European Union markets, reducing our impact on biodiversity and climate change ”.

David Martin is the lead editor for Spark Chronicles. David has been working as a freelance journalist.
Previous Car tax, what happens if you don’t pay for three years
Next We are made of the same substance as the Champions placements