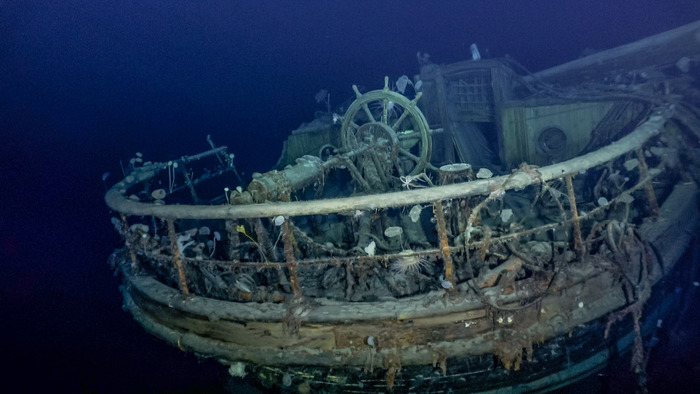 Found in Antarctica, at a depth of 3,000 meters in the Weddell Sea, the wreck of the Endurance, the ship protagonist of one of the most incredible exploration adventures that in 1915, under the guidance of Ernest Shackleton, aimed to cross Antarctica. The perfectly preserved wreck was filmed by submarine rovers from the Endurance 22 expedition.

Made in Norwegian shipyards specifically for extreme polar missions, the Endurance was considered to be among the strongest and most advanced ships of its kind. For this reason she was chosen by the famous British explorer Shackleton to carry out one of the most ambitious missions of the time: the crossing on foot and by sled of the Antarctic continent.

The mission, however, failed even before starting because a few weeks after departure the ship was stuck in the ice in the Weddell Sea, in a point far from that foreseen for the landing of the explorers. For months the ship remained at the mercy of the ice, until she had to be abandoned by the crew. On 21 November 1915 she sank, completely ‘crushed’ by the ice. After months of enormous difficulties, unforeseen events and scarce supplies, all 28 crewmen managed to escape incredibly.

107 years later, the Endurance22 expedition, organized by the Falklands Maritime Heritage Trust, managed to identify and film the incredibly intact remains of the ship that inspired the dreams of many subsequent adventurers. One of SpaceX’s Crew Dragon space capsules is also named after the ship. Much of the three masts, 44 meters long and found at 3,008 meters deep, has remained perfectly preserved in the cold Antarctic waters, it is still possible to read at the stern the name engraved in gold letters: Endurance.

He likes dogs, pizza and popcorn. Already a fanboy of Nintendo and Sony, but today throws anything. He has collaborated on sites and magazines such as GameBlast, Nintendo World, Hero and Portal Pop, but today is dedicated exclusively to Spark Chronicles.
Previous “What deserves Inter had to take the Scudetto removed from Juve”
Next Leonardo DiCaprio donates $ 10 million to the Ukrainian cause