Doctor Strange in the Multiverse of Madness, word to Scott Derrickson, the director replaced by Sam Raimi 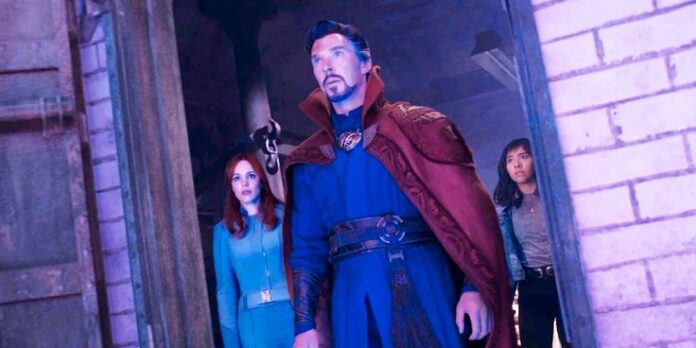 Director Scott Derrickson talks about his exit from Doctor Strange in the Multiverse of Madness. Derrickson directed the first solo film of Doctor Strange in 2016, with Benedict Cumberbatch, Benedict Wong, Rachel McAdams, Tilda Swinton And Mads Mikkelsen. The film featured the character in the MCU prior to his eventual crossovers in the Avengers And Spider-Man. Derrickson was supposed to return to direct the sequel, but he retired in what were initially described as “creative differences“, Although he remained on board as an executive producer.

The director of The Army of Darkness And Spider-Man Sam Raimi stepped in to replace Derrickson. Doctor Strange in the Multiverse of Madness has so far earned $ 703 million worldwide. Meanwhile, Derrickson directed an adaptation of the short story Joe Hill The Black Phone with Ethan Hawke, which will be released next month. The horror thriller is perfectly in line with Derrickson’s work prior to Doctor Strangewhich includes The Exorcism of Emily Rose, Sinister And Deliver us from evil.

In a new interview with Empire Magazine (via SyFy), Derrickson openly commented on his abrupt exit from Doctor Strange in the Multiverse of Madness, which had less to do with creative differences and more to do with his mental well-being. Derrickson explains that he had been in therapy “For a number of years facing early childhood trauma” for growing up in a violent neighborhood and in a troubled family, which he was still struggling with. “Everyone was beaten with a belt – or worse”says Derrickson of his early years of family life. “There have been a lot of bleeding and fights, to and from school. The ever-present violence was the nature of that blue-collar neighborhood ”.

Derrickson goes on to talk about his relationship with Marvel, saying: “Contrary to the gossip, it was all very friendly [quando me ne sono andato] and I would work on it again “. That said, the director has no regrets about leaving the film, adding that he feels he has taken “the right decision“Passing to The Black Phone. “I made the film I had to make, at the time I had to make it”says Derrickson. The Black Phone it premiered at Fantastic Fest last year to rave reviews and premiered again at CinemaCon last month, once again leaving a positive and chilling impression on the audience who saw it. The film currently has a 100% rating on Rotten Tomatoes.

The script of the film will be signed by Jade Bartlett And Michael Waldron. In addition to Cumberbatch and Olsen, there will also be in the sequel Benedict Wong (Wong), Rachel McAdams (Christine Palmer), Chiwetel Ejiofor (Karl Mordo) e Xochitl Gomez (who will play the new entry America Chavez). The cast was also confirmed Patrick Stewart in the role of Charles Xavier. Doctor Strange in the Multiverse of Madness has been in the cinema since May 4, 2022. Filming started in London in November 2020 and will also take place in New York, Los Angeles and Vancouver. In the sequel he should also appear in a cameo Bruce Campbellfetish actor of Sam Raimi. At the moment, however, there is no confirmation on the matter.

David Martin is the lead editor for Spark Chronicles. David has been working as a freelance journalist.
Previous The criticism of the opposition, Pd and M5s to the attack – Politics
Next Stocks that have fallen very close to a long-term upside

The process between Johnny Depp and Amber Heard will it end up on television soon? …