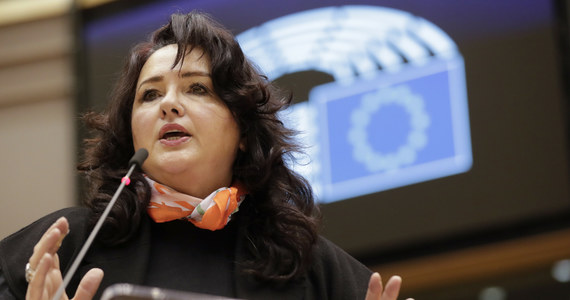 The European Guide advises that “our communication should never assume that people are heterosexual, identify with their gender assigned at birth or in binary terms.” He also recommends that you avoid speaking of “both genders” or starting your speech with “ladies and gentlemen” and also that “do not render intersex or queer people invisible.”

According to the document, the term “homosexual” may also be considered offensive. In addition, according to the authors of the publication, in questionnaires that require the indication of gender, the option for non-binary people should be added and the “gentleman” and “lady” forms related to the sex assigned at birth should be avoided. “When in doubt, the ‘Mx’ form should be used,” they said.

It is also known what terms to use in relation to Christian holidays. For example, the European Commission document proposed “Christmas can be stressful” instead of “Christmas can be stressful”. In addition, it was suggested that “name” be written instead of “baptized name”, and it was discouraged to use “religious names” such as “Mary and John”, which should be replaced with, for example, “Malika and Julius”.

To include stateless persons and immigrants, the REC advises not to use the term “citizen”. It is also a question of “being careful about the negative connotations of certain terms” – it was explained.

The guide was presented in Brussels in October by the European Commissioner for Equality, Helena Dalli. The publication was met with a wave of criticism from, among others from the Vatican. Secretary of State of the Holy See, Card. Pietro Parolin described the EC’s guidelines as “erasing Christian Europe”.

Dalli announced on Tuesday that the guide has not yet been completed and will be revised. According to the French “Le Figaro”, a short, 1.5-hour-long training for officials on new forms of communication recommended by the EC document was to begin next week.

Daniel Freund on the Conference on the Future of Europe: The Greatest Experiment of Democracy

Videogames entered his life in the late '80s, at the time of the first meeting with Super Mario Bros, and even today they make it a permanent part, after almost 30 years. Pros and defects: he manages to finish Super Mario Bros in less than 5 minutes but he has never finished Final Fight with a credit ... he's still trying.
Previous OFFICIAL: We know the Brazilian champion 2021. Triumph after 50 years break
Next More texts with malicious links appeared