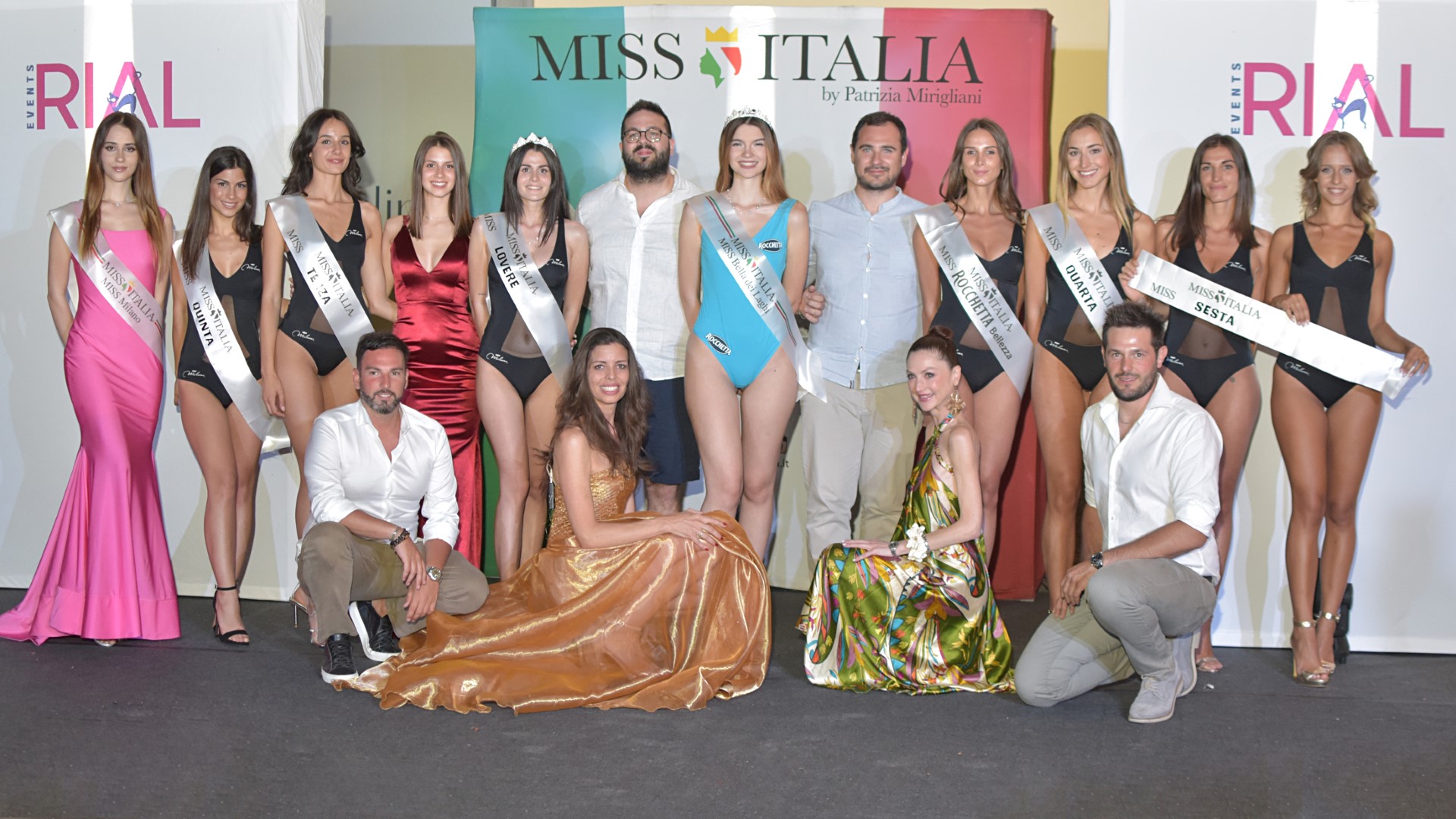 Yesterday, Saturday 25 June, the weekend was kicked off with a magical stop on Lake Iseo in Lovere, a town that is part of the club of the most beautiful villages in Italy, where the splendid lake panorama was the backdrop to the event held at Prepost on the lakeside. The stage should have taken place on Friday but the adverse weather conditions did not allow it, Alessandra Riva Regional agent Miss Italia Lombardia and Michele owner of the Prepost, despite knowing after weeks and weeks of organization, that moving the date never helps the event however, they decided to move to the next day to ensure that everyone present and the public of the web can discover the beautiful area of ​​Lake Iseo and Lovere with the sun.

A spectacular scenario for an important stage of the tour of Miss Italia Lombardia 2022: Regional Final of MISS BELLA DEI LAGHI whose first classified won the direct passage to the national stages and Selection of MISS LOVERE where the aspiring Misses who will have access have been elected at the regional finals of the Lombard tour.

From the early hours of the afternoon, the already suitable girls were able to join the girls who passed the castings that took place from 2.30 pm, to then proceed with a series of activities throughout the day divided between photo shoots, video shoots in the the most characteristic and iconic places of the lakefront, an ad hoc social program that allowed the web public to learn about the beauties of the place and above all the beauty and charisma of the girls in the competition through posts, stories and reels that they themselves promoted through their IG profiles. Furthermore, it was possible to follow the whole day on the social profiles of Miss Italia Lombardia and Rial Events which documented this unmissable event story after story.

From 17:00 the rehearsals on stage were carried out by Alessandra Riva of Rial Events who held the usual course of bearing to give more safety to the girls on stage.

At 20:30 the show took place that saw the girls present themselves in front of the jury with the competition bodysuits and evening dresses, but not only that, all the girls paraded in bikinis wearing the ITALIAN OPTIC summer 2022 collections. and OPTICA DEL BORGO, while the first 6 classified of Miss Bella dei Laghi walked the catwalk with the beautiful NONCHALANCE.

Seven beauties awarded on stage, for the regional selection (the first 3 win the passage to the regional finals) to win the coveted crown and the title of Miss Lovere Marisa Lechi 22 years old from Brescia, 1.68 m, eyes and hair brown. She likes to describe herself by quoting a phrase that has accompanied her in life to understand her dyslexia “everyone is a genius, but if you judge a fish by its ability to climb trees, she will spend her entire life believing herself stupid. “ 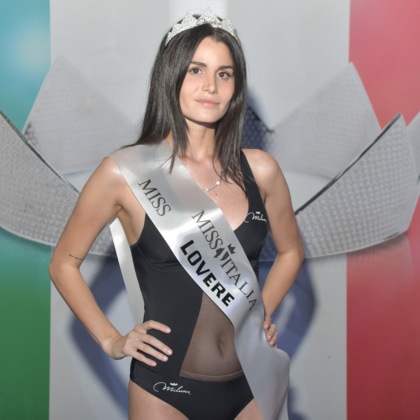 Second classified Claudia Maria Garlaschi 27 years old, from Crema. 1,73 m eyes and brown hair, with a degree in economics, she has put aside her dream of becoming a TV presenter, making the rational part of herself win.

Fourth place Martina di Mito 22, from Settimo Milanese, 1.73 m hazel eyes and blond hair. She studies Communication and Society and is very attached to her family. She loves sport, a passion handed down from her father who is a high-level swimming coach, in fact she has practiced synchronized swimming at a competitive level by participating in the Italian championships.

Fifth place Elisa Saleri 25, from Cusano Milanino (MI), 1.65 m, eyes and brown hair, employed with a passion for fashion inherited from her mother, she loves shopping and following trends.

While for the Miss Bella dei Laghi Regional Final, a podium of pure beauty, Nikola Durisova 20 years old from Varese, 1.78 m brown eyes and blond hair, an artist, won the title and the direct passage to the national pre-finals. the Academy of Fine Arts of Brera, is a very creative person who has in fact created a board game with a marine pollution theme to raise awareness on the topic of environmental pollution. He loves animals and the world of fashion.

Second place Marta Nerina Fenaroli, 178 dark hair and eyes, 20 years old from Brescia, attends medicine and one day dreams of becoming a doctor. A few years ago she was struck by a serious disease (a cancer in the blood) from which she however managed to get out and she decided there to change her life. She just hates her own body for how much she has made her suffer in recent years, but as her revenge, thanks to him, to be able to smile together with many other girls on the stage of Miss Italy. You collaborate with a support association for those people with cancer who struggle for life every day. She has decided to participate in Miss Italia to follow in her mother’s footsteps and to get closer to the world of fashion, she is a great passion of hers.

Godmothers of the evening MARTINA BROGGI, who on Saturday 18 June won the title of MISS MILANO and the direct passage to the national pre-finals of Miss Italy; she was the protagonist on the Cinisello Balsamo stage of a classical dance performance that left the audience spellbound. The beautiful nineteen year old from Milan, with a passion for dance, began a course of study in psychology and dreams of becoming a criminologist. Martina opened the show by parading with a pair of angel wings created by MIA The art of recyclingleaving the audience enchanted.

Special guest on the jury BEATRICE FARINA, Miss Bella dei Laghi e protagonist of the Miss Italia 2021 Final, she will sell her sash to the newly elected one.

The show was able to amaze the public and the web thanks to the skilful planning of the event by Rial Events.

The station Beautiful Imetec set up for the hair care of the aspiring Misses, it allowed them to always be impeccable during the succession of daily activities and for the evening event.

The soundtrack of the evening was edited by Dj Heinsteinknown for the genius and energy he manages to convey through his performances.

David Martin is the lead editor for Spark Chronicles. David has been working as a freelance journalist.
Previous The best looks from Wimbledon, waiting for the 2022 edition
Next Amanda Seyfried prepares to launch a toy company