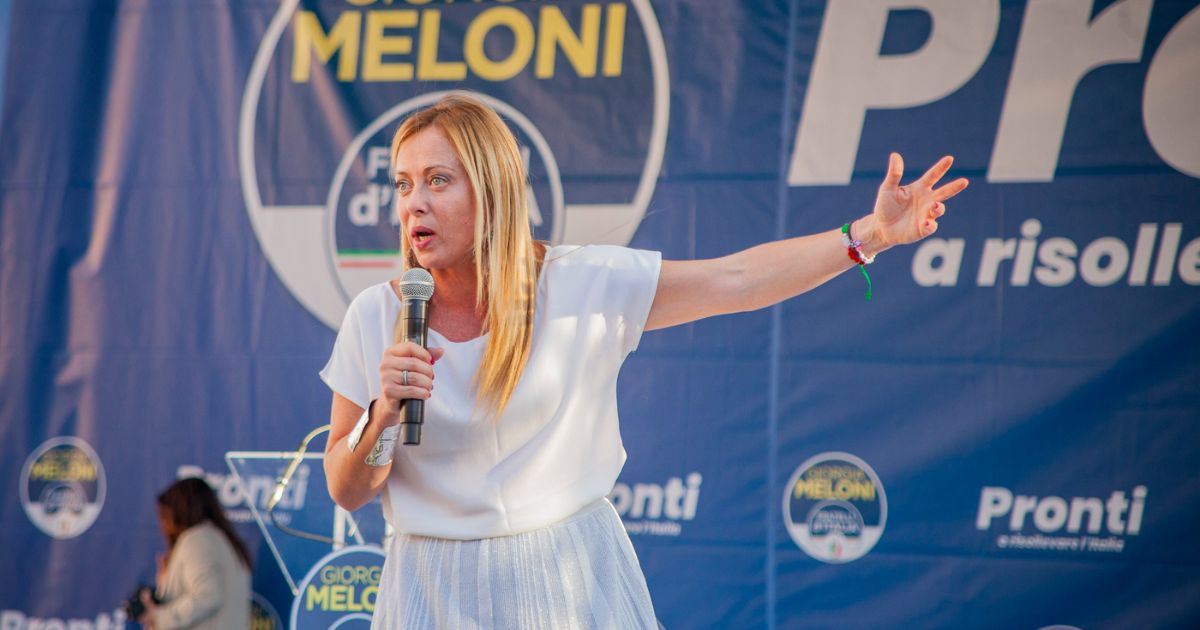 Elections, Meloni: “Fascism is an absolute evil? I did not dissociate myself from Fini. I hope Fdi wins and also Vox in Spain”. Salvini: “Reintroducing the Provinces”

Salvini: “Left and M5s put their hearts in peace”

“This square is a lot of stuff for a Tuesday evening and this makes me think that Sunday we will win the elections and the Pd and M5S for 5 years will put their hearts in peace”. Thus the leader of the League, Matteo Salvini, at a rally in Turin.

“Meloni has chosen to support Orban, in these hours he speaks with unexpected anti-European tones”. The secretary of the Democratic Party, Enrico Letta, said this at DiMartedì, on la 7. “In Spain, the post Francoist party has the same ideas as Meloni on the concept: God, country, family. A concept that has been the basis of many setbacks of rights ”.

Read: “Disputes? Victimism on the right “

Melons disputed? “Last night it happened to me in Naples too, everyone has his protesters, I asked them to speak”. So at diMartedì on La7 Enrico Letta. “The right has the logic of victimhood, but Meloni has not yet apologized for the video of the Ukrainian woman” who was the victim of rape, he adds.

Ukraine, Conte: “Making dialogue available to us, no weapons”

“I am the first who said yes to sanctions, I then said they had to be raised, then we said yes to weapons, but after the third and fourth sending we have to ask ourselves what is the strategy to get out of the war”. This was stated by the leader of the 5 Star Movement, Giuseppe Conte, a guest tonight at diMartedì on La7. “Today, in the context of the Euro-Atlantic alliance, we can make our capacity for dialogue available”, he concludes, explaining that he is now opposed to sending new weapons to Kiev.

Conte: “Right has voted 5 times against Pnrr, now they want to use it”

“The right did not even want a state of emergency, which allowed us to build civil protection structures, to give powers to the regions. They voted 5 times against the PNRR, Meloni and Salvini, saying it was a noose now they want to use it ”. This was stated by the leader of the 5 Star Movement Giuseppe Conte, a guest tonight at diMartedì on La7. “I saw them at work, during the pandemic they said everything and the opposite of everything”.

“Renzi has falsely canceled the Provinces, saying that we would save and, instead, services to citizens have been removed. The Provinces must be reintroduced with personnel, budget and direct election of citizens, otherwise there is no one left to maintain schools and roads ”. Thus the leader of the League, Matteo Salvini, during a meeting with the local Lega Nord administrators at Palazzo Castiglioni, in Milan.

Conte: “Grillo will not be in Rome due to the closing of the election campaign”

“He told me he has a hard time coming in Romebut surely we will find a way to involve him“. The leader of the 5 Star Movement said so Joseph With youguest to Out of the core aired tonight, commenting on the photo with Beppe Grillo in Liguria and responding to his participation in the event of closure of the election campaign of the M5S.

Schifani: “We do not accept anti-mafia lessons”

“We of the center-right do not accept anti-mafia lessons by anyone, as I have already said in reply to the deputy secretary of the Democratic Party Beppe Provenzano which terrorizes our coalition ”. Thus the candidate for the presidency of the Sicilian Region, Renato Schifanispeaking from the stage of the FdI electoral convention in Palermo, with Giorgia Melons.

Videogames entered his life in the late '80s, at the time of the first meeting with Super Mario Bros, and even today they make it a permanent part, after almost 30 years. Pros and defects: he manages to finish Super Mario Bros in less than 5 minutes but he has never finished Final Fight with a credit ... he's still trying.
Previous ready 15 million euros!
Next new take for director Claudio Norza