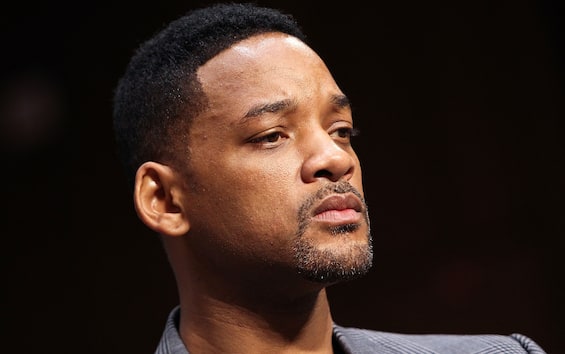 Emancipation, the Apple film with Will Smith moved to 2023 for the slap in the face of Chris Rock

Originally slated for later this year (in time to hit the fall festival circuit), the actor’s next film from Apple (co-produced by Smith’s company, Westbrook Studios) will delay release, hitting screens in 2023. . It is the effect of the “slap-gate” (but not only, it seems …)

Emancipation, the Apple film starring Will Smith, will be released later than the original schedule: initially expected by the end of 2022, with an release designed precisely to be in time to be presented on the autumn festival circuit, the production has chosen to delay everything for a year. The film will therefore be released in 2023, due to the “slap-gate” effect (but not only for that, as we will see in the next paragraphs).

After the gesture for which Will Smith was responsible at the Oscars, the actor is today at the center of an ostracism and a censorship for which many production companies, television networks and various giants no longer want to link their name to his. The reason is the worldwide slapping of a colleague (Chris Rock).

Emancipation It was supposed to be Will Smith’s next film to be released by Apple (co-produced by the actor’s production company, Westbrook Studios).
The news was given exclusively by the US magazine Variety and Apple Original Films has not yet made any comments.

After slapping Chris Rock, Will Smith meets a guru in India

Directed by Antoine Fuqua (director of Training Day), written by Bill Collage and starring, in addition to Smith, also Emmy contender Ben Foster (The Survivor), Emancipation tells the story of a runaway slave trying to escape from his owners, the landowners of the plantations. The producers are Todd Black, Joey McFarland and Jon Mone, among others.

The film was supposed to be Smith’s first release following his unforgivable assault on comedian and actor Chris Rock. The consequences of that gesture have been many and heavy, even if there are still those who are clamoring for the Academy to return the statuette with which Smith was awarded that evening.
Following the slap, the actor was banned from attending the Oscars and other Academy-related events for 10 years. The actor immediately resigned of his own free will from the organization.

Although the production studio has not yet set an official date for the film, this year it should have been scheduled for its programming from the streaming platform.
Apple also did not share any official dates, however a source familiar with the situation told a Variety that the action film will not arrive on the platform in 2022. However, the same source would have revealed that discussions and negotiations between Apple executives and the creative team of the film are still underway about a possible release in the fall, as should have happened in origin. But that would seem “highly unlikely,” according to Clayton Davis of Variety.

And to think that, in the weeks leading up to the indicted Oscar Night, a director (who asked to remain anonymous) told Variety to have seen the first shots of Emancipation and that “Will will win one after another”. At the time the director was referring to the fact that surely the actor would win the Oscar as best protagonist for King Richard (guessed prediction) and that the following year he would win it again, for Emancipation. However, the crystal ball on which the anonymous director relied to predict the future did not contemplate the slap … That gesture, in fact, will not only cause the delayed release of Emancipation but it will make Smith’s candidacy impossible, even before any eventual victory: for the next 10 years, he is banned from the Academy.

Emancipation sled not only for the slap

Academy: Will Smith will not be able to attend the Oscars for 10 years

Although the slap is at the center of the matter – so loud that it also dictates the law on Apple’s agenda – multiple sources have shared that director Fuqua would still be in post-production and that therefore perhaps he would not be able to finish the film by 2022. , slap or not slap.
Emancipation suffered numerous delays due to several factors, including the shift of production from Georgia to Louisiana in protest against state laws on voting restrictions, the devastation caused by Hurricane Ida and the pause due to the lockdown for the increase. of Covid cases in the US in August 2021.

Another element that could contribute to the delayed release of the film? A list full of titles on Apple’s agenda, which would have already packed with unmissable appointments in the second half of the year. Many of his titles could be marketed precisely in view of the most prestigious film awards.

Apple has the Sundance Film Festival Audience Award winner, Cha Cha Real Smooth with Dakota Johnson (out June 17).
The animated film Luck of his (recently acquired) Skydance Animation will be unveiled on August 5th, then there is The Killers of the Flower Moon by Martin Scorsese with Leonardo DiCaprio and Jesse Plemons.
For the latter title there is still no certain date, since the Oscar-winning director of The Departed is still in the editing room with longtime collaborator Thelma Schoonmaker.

Martin Scorsese is famous for his very long times in the editing phase, which is why – despite the shooting ended in September 2021 – the film could still see the release not before 2023. We remember that it is the film adaptation from $ 200 million of the best-selling non-fiction book of the same name of 2017 (full title: Killers of the Flower Moon: The Osage Murders and the Birth of the FBI, by David Grann). It is based on the series of 1920s Oklahoma murders among the Osage Nation committed after the discovery of oil on tribal land.

Still awaited this year by Apple is Raymond & Ray by Rodrigo Garcia, with Ewan McGregor and Ethan Hawke, e The Greatest Beer Run Ever by Peter Farrelly, his first job since Green Book won the Oscar for Best Picture.

Apple also has many documentaries in the pipeline, including one on Sidney Poitier by Reginald Hudlin (still untitled), Black & Blues: The Colorful Ballad of Louis Armstrong by Sacha Jenkins e The Sound of 007 by Mat Croce Bianca.
Not to mention the acquisitions that could take place after Cannes and after the various film festivals, from Venice to Toronto …

Oscar 2022, Will Smith’s slap to Chris Rock becomes a meme

Rock made a joke about the hair of Jada Pinkett Smith, who has long suffered from alopecia, sparking the actor’s anger. The gesture captured the attention and on social media many users made fun of the incident

During the night of the Oscars 2022 there was also a moment of tension. Chris Rock was on stage and made some jokes aimed at the actress Jada Pinkett Smith, wife of Will Smith, alluding to the shaved head of the actress who has been suffering from alopecia for some time. At that point Will Smith took the stage and hit Rock in the face. The gesture immediately became the protagonist of many meme created by users on the web: here are some of the funniest

On the other hand, there are those who have referred to the increase in gasoline prices in the last period

David Martin is the lead editor for Spark Chronicles. David has been working as a freelance journalist.
Previous DJ Drama Reveals He Made It Up With Drake
Next Who is Camila Cabello, attraction of the Champions League final?