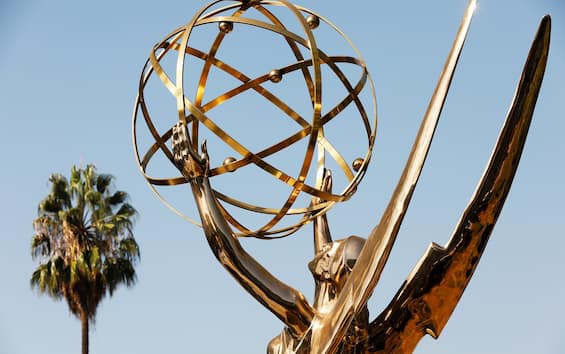 “We cannot, in good faith, do business with entities associated or funded by the Russian government,” Natas President Terry O’Reilly said. All titles associated with the Kremlin in any way will not be able to compete in the 2022 awards ceremony. The position of the Emmys is in addition to that of Disney, Sony, Universal and Warner, who have blocked the release of their films in Russia. Netflix has also announced the stop to the acquisition of Russian titles

The stances of the entertainment world continue against the Russian military offensive in Ukraine. No production funded by the Russian government, or in any other way linked to the Kremlin, can hope to win an Emmy, one of the most important awards in the television world. This was stated by Natas (National Academy of Television, Arts & Sciences), which is in charge of organizing the Emmy Awards. “Like countless individuals and organizations around the world, Natas was shocked by Russia’s unprecedented, unprovoked attack on Ukrainian sovereign territory,” reads a statement released by Terry O’Reilly, president of Natas. As such, Emmys “cannot, in good faith, do business with entities associated with or funded by the Russian government.” Any production vying to finish among those nominated for the 2022 Emmy, as a result, “is disqualified” (LIVE UPDATES – VIDEOS – THE SPECIAL).

The measures of the major film majors against Russia

War in Ukraine, 9 films to understand the origins of the conflict

The Emmy ban of Russian productions is just the latest in the arts sector measures against the war in Ukraine. In recent days, the major film majors have announced, one after another, the stop to the distribution of their films in Russian cinemas. So did Disney, Warner Bros, Sony and Universal.

Netflix blocks the acquisition and distribution of Russian films

The appeal of Ukrainian directors: “Help us, it’s not a film but a real tragedy”

Netflix has instead suspended not only the distribution but also the acquisition of Russian productions, also blocking those already in progress. The measure comes at a time when the Russian arts industry was starting to take its first real steps to compete with the big productions of other countries featured in the streaming giant’s schedule. Among these the thriller series “Zato“Directed by Belarusian director Darya Zhuk,”Anna K.“, A reinterpretation of the novel set in today’s Russia”Anna Karenina”By Lev Tolstoy, the drama” Nothing Special “and yet another untitled project.


Milan Fashion Week, flags and appeals against the war in Ukraine

Meanwhile, the European Film Academy has decided to support the petition launched by the UKranian Film Academy to boycott all Russian productions. “The sovereignty and territory of Ukraine must be respected. Putin’s actions are atrocious, absolutely unacceptable, and we strongly condemn them ”, the organization said, announcing the exclusion of all Russian films from the next European Film Awards.

David Martin is the lead editor for Spark Chronicles. David has been working as a freelance journalist.
Previous Dune part two, Lea Seydoux joins the cast
Next FOX renews 3 TV series, including 9-1-1: Lone Star but not yet 9-1-1: What’s going on?