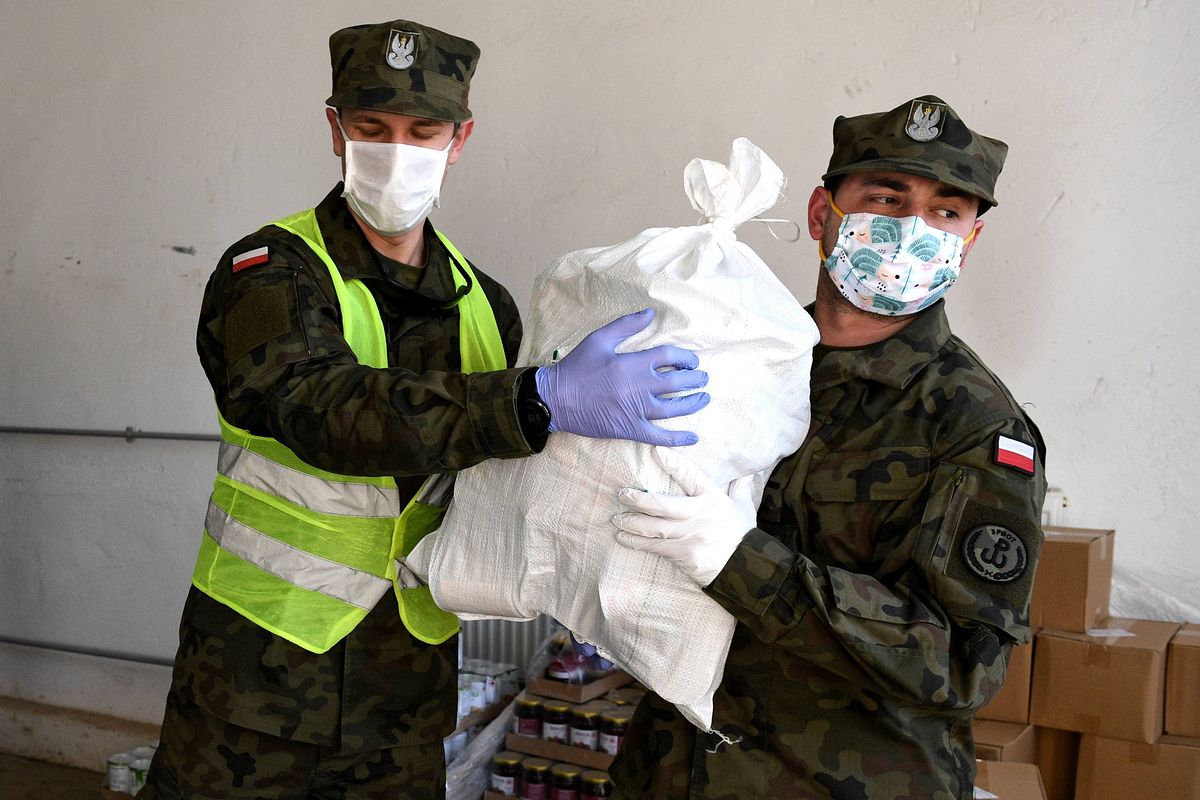 Employers are afraid that the army will take their workers. “They can train them for months”

Currently numbering 150 thousand. soldiers, the Polish army is expected to double in the coming years. Large recruitment is also planned by the Territorial Defense Forces, which are based mainly on volunteer soldiers. By 2026, this formation is expected to have as many as 53,000. soldiers. Currently, the Territorial Defense Forces serves 31 thousand. soldiers, of which 27 thousand. they are volunteers. As much as 57 percent. (about 16.5 thousand) of them are people employed in various sectors of the economy as employees.

The plans of the Ministry of Defense mean that in the coming months and years the army will recruit for power, and the labor market is like a medicine.

See also: Double-digit inflation? What about next year prices?

How do employers see it?

Large employers associated in the Lewiatan Confederation – mainly from the manufacturing sector – are alerting that the planned changes may cause serious problems with the availability of job candidates.

– If an additional 150,000 soldiers are assigned to the armed forces, the labor market will be reduced by 150,000 workers – concludes Kacper Olejniczak, expert of the Department of Economic Law in the Lewiatan Confederation. He adds that the greatest staff shortages can occur in the construction and transport industries.

In addition, the provisions contained in the draft law on the defense of the fatherland, which is currently under public consultation, may result in the creation of a protected group on the labor market, including, inter alia, by restrictions on exemption.

Kacper Olejniczak specifically points to Art. 316 of the draft act mentioned above. This regulation prohibits the termination of an employment contract with a person undergoing military training from the day the employer is informed about the training date until the end of the 12-month period after the completion of the training..

As the expert reminds, specialist training combined with the performance of duties in the official position may take up to 11 months.

How does the military see it?

We asked Colonel Marek Pietrzak, a spokesman for the Territorial Defense Forces, how much time-consuming training of volunteer soldiers in their formation is and whether they can actually disrupt work in companies.

– The formation of recruits begins with a 16-day basic training conducted on a continuous, stationary basis. Then comes the recruit’s oath and basic training, which lasts 3 years, replies Colonel Pietrzak.

He adds that the training is conducted in the form of rotational training, two days at weekends and at least two days a month. The timetable is given a year in advance, so employers – according to the colonel – can plan the work of such a person in advance.

Colonel Pietrzak admits that there are also unplanned appointments. – Being on standby is associated with the possibility of an emergency appointment (they are obviously not included in the annual plan and result from current needs). Such callings happen in times of crisis, floods, hurricanes or, as now, the crisis on the eastern border – informs the colonel.

In such situations, the employer must release the employee from performing official duties and send him to serve in the Territorial Defense Forces. This is a statutory task.

As our interlocutor emphasizes, it is very rare that all soldiers from a given area are called up simultaneously.

– Local commanders have the possibility to send to emergency tasks those soldiers who have more freedom in terms of employment – but this is a matter of local commanders and their wisdom in managing personnel – admits the TDF spokesman.

WOT: we provide the market with great employees

Colonel Pietrzak sees no reason to raise the alarm raised by employers from Lewiatan, because, as he emphasizes, they are well aware of, for example, the protection of TDF soldiers against dismissal.

The relevant provisions of the Act on the Universal Duty of Defense have been in force for five years. They prohibit the dismissal of employees – soldiers, with some exceptions, such as, for example, restructuring or changing the structure of the workplace.

According to col. Pietrzak after the entry into force, the new law on the defense of the fatherland will be more favorable for employers than the current regulations. For example, the employer will be able to terminate the employment contract with an employee and a TDF soldier after a trial period. Until now, he had to sign a fixed-term contract with him.

During their service in the Territorial Defense Forces, soldiers undergo various courses, e.g. first aid, battlefield rescuer, chainsaws or those entitling them to operate engineering machines, e.g. the KEP field power plant, as well as a course of care for a lying patient, which is very useful nowadays in pandemic conditions.

– Our soldiers are simply better employees, I have no illusions about that – emphasizes the officer and adds that on Thursday in the Territorial Defense Forces the winners of the next edition of the “Employer friendly WOT!” Competition were announced.

Among this year’s winners – in the medium-sized company category – WOT awarded Poczta Polska. According to the press spokesman of the Polish Post, Justyna Siwek, 160 WOT soldiers are currently working at the Post. – We use the principle of scale, which allows us to organize work in such a way that military training does not affect the liquidity of our company – he assures and adds that the number of territories at the post office will grow.

Employees who are soldiers of Territorial Defense Forces receive a monthly bonus for the so-called readiness in the amount of PLN 411. In addition, for each day of training, they receive, depending on the degree: from PLN 117 (for a private) to PLN 174 (for a lieutenant).

The variety offered by video games never ceases to amaze him. He loves OutRun's drifting as well as the contemplative walks of Dear Esther. Immersing himself in other worlds is an incomparable feeling for him: he understood it by playing for the first time in Shenmue.
Previous Shatterproof smartphone screens are getting closer? Ultra-hard diamond glass was created
Next Galatasaray – Olympique Maryslia. Two goals from Arkadiusz Milik. Europa League