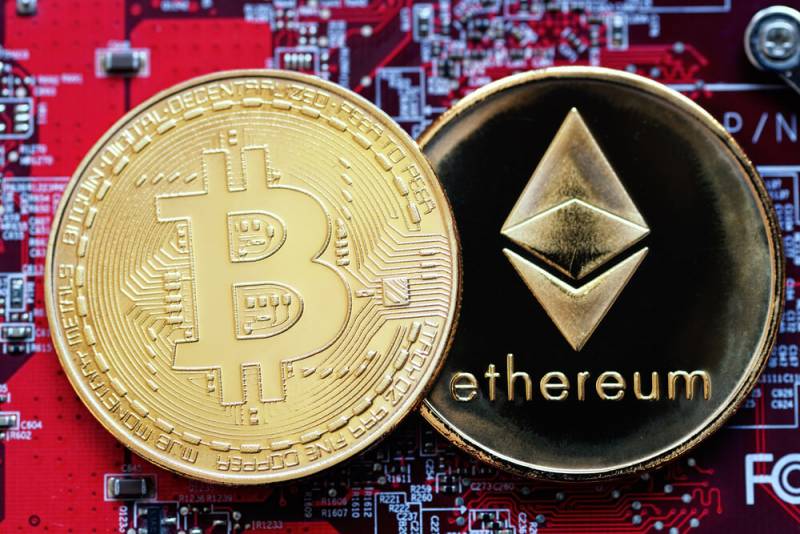 Ethereum and Bitcoin are down. BTC cryptocurrency tests 42 thousand. hole.

Bitcoin (BTC) has plunged to its lowest level since the December market slump as rising expectations of US and global interest rate increases weigh on riskier assets, particularly the cryptocurrency market, which has been one of the brightest stars in the pandemic among investors. Bitcoin is followed by ethereum (ETH) and a number of other cryptocurrencies.

Bitcoin drops to 42,000 dol., was not so cheap from the beginning of December

The largest cryptocurrency by market value fell to $ 42,505 in the early hours of Asian trading on Thursday, continuing the dynamic sell-off seen on Wednesday. This means that BTC has hit the lowest levels in more than a month, when a temporary market break occurred during the weekend crash in early December.

However, Bitcoin is still gaining more than 500% since the end of 2019 following stimulus measures implemented to fight the Covid-19 pandemic. As economies slowly signal their willingness to exit these funds – including the US Federal Reserve signaling a faster cycle of rate hikes – bitcoin and other cryptocurrencies begin to gradually give back profits.

Around 42 thousand. hole. and December minimums are for bitcoin “the last resort” from a stronger depreciation. It is true that the support zone can be extended to 40 thousand. However, the breakout of this range opens a straight path to a much more dynamic depreciation towards the lows from July last year, which are below 30,000. hole.

It is worth noting that the average 50 EMA is getting closer to the slower 200 EMA. If it cuts it from the bottom, it will be a signal for investors to reverse the trend, which in the past has often heralded an increase in downward pressure.

Ethereum is testing the lows at $ 3,400, the lowest level since October. ETH / USD broke through the consolidation range and furthermore was trading below the 200 EMA on Thursday, for the first time since July. A close below the average could break an important support: the next one is only visible at the lows of September, which is just above the level of $ 2,600.

Falling BTC and ETH triggered a widespread sell-off on the broad cryptocurrency market, causing the total ecosystem capitalization to shrink by almost 8% over the last 24 hours, shrinking to $ 2.15 trillion.

The recent cryptocurrency swings emerge in the midst of an unstable period for the financial markets. Rising inflation is forcing central banks to tighten monetary policy, threatening to contract the liquidity tail that has picked up a wide range of assets.

US equities deepened losses after the possibility of earlier and faster interest rate hikes was signaled in the minutes of the Federal Reserve meeting. The S&P 500 index fell 1.9%, driven by real estate equities, while the Nasdaq 100, which is strongly related to technology, fell 3.1%. Stock market losses moved to Asia on Thursday morning.

Other sectors of the cryptocurrency world are also under pressure. Bitcoin mining stocks lost harder as analysts revise their outlook after a record year.

The variety offered by video games never ceases to amaze him. He loves OutRun's drifting as well as the contemplative walks of Dear Esther. Immersing himself in other worlds is an incomparable feeling for him: he understood it by playing for the first time in Shenmue.
Previous Samsung 2022 TVs – TVs reinvented
Next Novak Djoković detained in Australia. Terrible conditions in the hotel