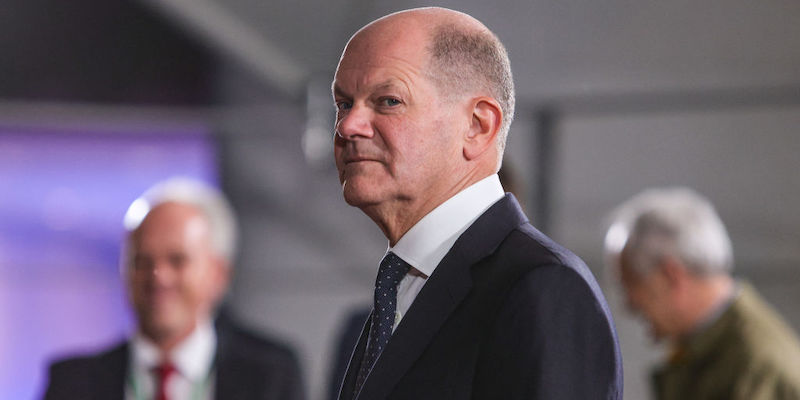 The news of the three-year plan of about 200 billion euros announced by the German government to reduce the cost of bills has been debating governments and European institutions for days and will be one of the main topics of the European Council, the body that includes the 27 heads of state and government of the Union, which will meet on Friday in Prague, Czech Republic.

The most significant reaction was an open letter from European Commissioner for Economic Affairs Paolo Gentiloni and Internal Market Commissioner Thierry Breton published Monday by several newspapers, in which the two harshly criticize the German plan. The letter was written in a personal capacity, but reflects the concerns of several European officials and political leaders: “Germany’s gigantic 200 billion state aid plan responds to a need we believe to be legitimate, to support the economy. But it also raises some questions. How will European countries that do not have the same fiscal willingness to support businesses and families do it? ”, Ask Gentiloni and Breton.

In short, the fear is that the richer countries of the Union will decide to tackle the energy crisis triggered by the Russian invasion of Ukraine with national instruments and not agreed with the European institutions, leaving the poorer countries to themselves.

“An asymmetrical resolution of the crisis could worsen the situation and start a race to see who approves more subsidies among the various countries,” he told Politic Georg Zachmann, energy policy expert at the respected Bruegel think tank. “I think a European approach makes a lot more sense.”

There is currently no European plan to reduce the exorbitant increases in energy bills. A few weeks ago the European Commission proposed a plan called REPowerEU to progressively decrease energy dependence on Russia and allocate a series of funds that individual countries can use to combat the energy crisis: about 225 billion euros from unused loans from the so-called Recovery Fund, or Next Generation EU, and 20 billion to be raised between the various states.

On Tuesday the Council of the European Union, the body in which the representatives of the 27 governments of the Union sit, agreed on the starting negotiating position on the REPowerEU plan for the negotiations in the coming weeks with the Commission and the European Parliament. However, the scope of the plan remains rather limited: at best we are talking about 245 billion euros, 9 billion on average for each of the 27 countries. To cope with a crisis that will last at least until 2024, even more money would be needed.

Gentiloni and Breton propose to allocate them with a mechanism similar to SURE, the so-called European fund of 98 billion euro. It was approved in the first months of the coronavirus pandemic to allow the Union’s most troubled countries to borrow money at very low interest rates to be used to pay billions of euros in layoffs for workers forced to stop their work. The European Union had raised the funds for SURE with securities sold on the financial markets, guaranteed by a special fund of 25 billion euros “frozen” by national budgets.

Italy received a total of 27.4 billion euros of loans at negligible interest rates from the SURE. “Taking inspiration from the SURE mechanism to help Europeans and the industrial system during the current crisis could be a short-term solution,” write Breton and Gentiloni.

Gentiloni reiterated the proposal at a meeting of the European Commission held on Tuesday, while on Wednesday a very similar one was put forward by the French Minister of Economy Bruno Le Maire during the Ecofin, the Council of the Union that gathers the ministers of the Economy and Finances. One way or another it will end up in the discussions that the heads of state and government will have at the European Council on Friday.

At the moment, however, the outlines of the proposal remain poorly defined. Gentiloni and Breton did not clarify what economic resources they could have – will it be closer to the 98 billion of the SURE or the 806 of the Next Generation EU? – and from which countries it could be supported, as well as from Italy and France. David Carretta, expert correspondent from Brussels for the Sheet And Radical Radionoted that in a speech at the end of August, German Chancellor Olaf Scholz called the SURE program “a pragmatic solution” to be used as a model for future crises.

However, the more conservative countries from an economic and fiscal point of view do not seem enthusiastic about financing a new emergency instrument. “We would be concerned if our default reaction were yet another tool: would that really be the right answer to the problem we are trying to solve?” Financial Times Sigrid Kaag, Minister of Finance of the Netherlands. Even the European Commission has for now distanced itself from the proposal of Gentiloni and Breton, underlining its character as a “personal initiative of the commissioners”.

In the coming weeks, however, the Commission is expected to present updated rules on state aid, which it says Politic they should provide for greater flexibility on subsidies to help businesses and individuals overcome the energy crisis. It will therefore have to take an official position on the 200 billion fund proposed by Germany.

Videogames entered his life in the late '80s, at the time of the first meeting with Super Mario Bros, and even today they make it a permanent part, after almost 30 years. Pros and defects: he manages to finish Super Mario Bros in less than 5 minutes but he has never finished Final Fight with a credit ... he's still trying.
Previous Inter with Barcelona deserved everything. Inzaghi at the height- Corriere.it
Next Success for the 2022 edition of “I love Ischia” – Il Golfo 24