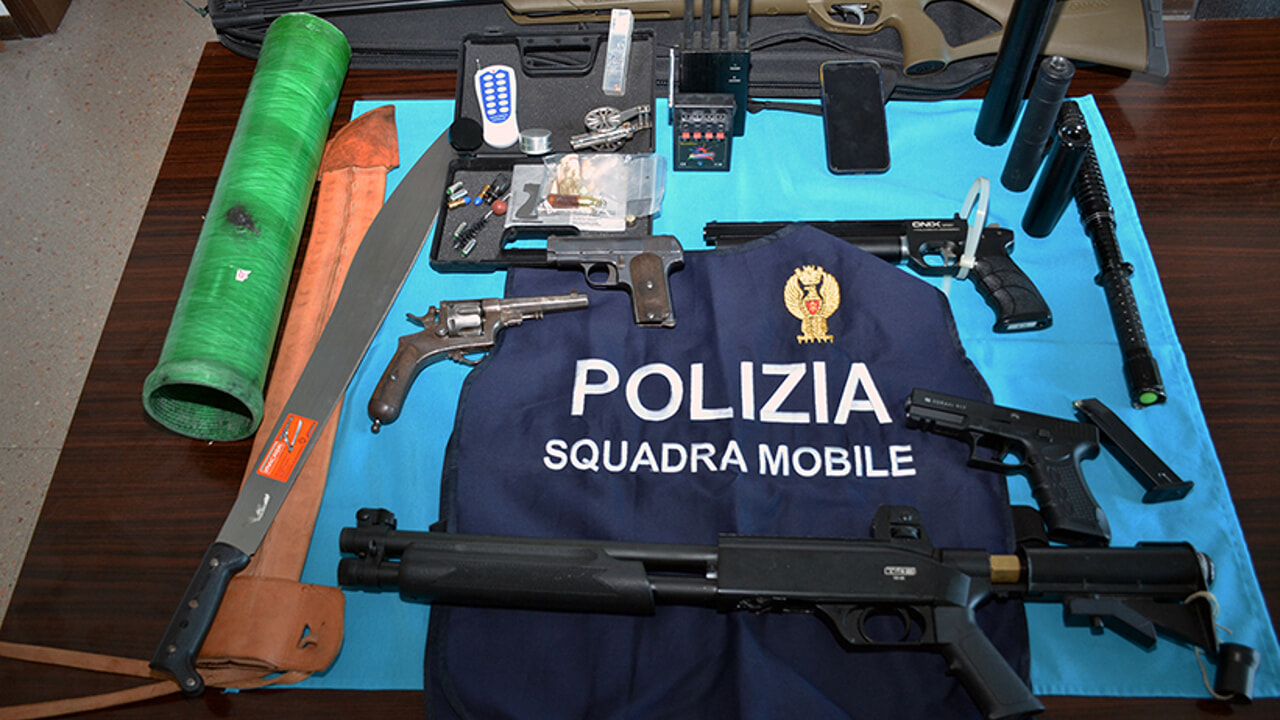 A real arsenal in the light. Yesterday, Thursday 6 October, at the end of a complex and specific investigative activity conducted by the mobile team and the Digos of the police headquarters, immediately activated following the repeated series of explosions that, in the night between last Monday and Tuesday, in the area of Laghetto, along the Strada Marosticana, had aroused serious alarm and concern in the citizens, it was identified as responsible for the activation of numerous explosive devices, this GC, a 46-year-old Vicenza living in the capital.

Following the discovery of an open box containing seven fiberglass tubes joined together and connected with a radio-controlled trigger, two of which appeared unexploded, the bomb disposal department of the Venice State Police was also alerted, whose personnel, brought together as a matter of absolute urgency in Vicenza, he immediately proceeded to secure the area of ​​the Schiavotto shopping center, in particular the terrace, where the bombs had been detonated and where residues of the explosions had been found.

Some details noticed by the police officers during the discovery of the bombs have immediately aroused particular alarm, suggesting the absolute danger of the material found and seized. For this reason, in consideration of the particular situation of necessity and urgency that had arisen, the investigators of the Digos and of the mobile team decided to proceed on their own initiative to the home search in the residence of GC, which led to the discovery and seizure of numerous and further explosive material, precursors of explosives such as ammonium nitrate, potassium nitrate, sulfur, coal, presumably black powder, paraffin, chloroform, as well as batteries, primers and remote controls and other devices of the same type.

Furthermore, during the search, hashish and mdma powder were found and seized, as well as an electric stunner, a container with pellets for compressed air weapons, a drum revolver, a telecommunications jammer, a shotgun. 68 caliber gas, a 9 mm caliber pistol without red cap, related six bullets, three silencers for weapons, a 7.65 caliber pistol, an air pistol, a Flobert type air rifle, a machete and a Napoleonic cannon in scale reduced for ammunition of steel balls.

In consideration of the large quantity of weapons and explosive material found and seized, of the precarious methods of packaging and of the concentration of custody of all these materials in a narrow and saturated environment – all conditions, these, ascertained by the police bombers and considered absolutely suitable for generating a situation of serious and imminent danger for people and things, assuming as a whole the characteristic of lethality also inferred for the densely populated urban context – GC was arrested in flagrant crime for the crime referred to in art. 435 CP, manufacture and possession of explosive materials and weapons, and, at the end of the judicial police activities, at dawn this morning, transferred to the prison at the disposal of the public prosecutor of the public prosecutor’s office.

Investigations are underway aimed at acquiring further evidence and defining the context in which weapons and explosives were found and were intended to be used.

Videogames entered his life in the late '80s, at the time of the first meeting with Super Mario Bros, and even today they make it a permanent part, after almost 30 years. Pros and defects: he manages to finish Super Mario Bros in less than 5 minutes but he has never finished Final Fight with a credit ... he's still trying.
Previous “Football is toxic. Juve, Naples and Argentina, I’ll tell you everything”
Next the actress returns to the cinema with a new film