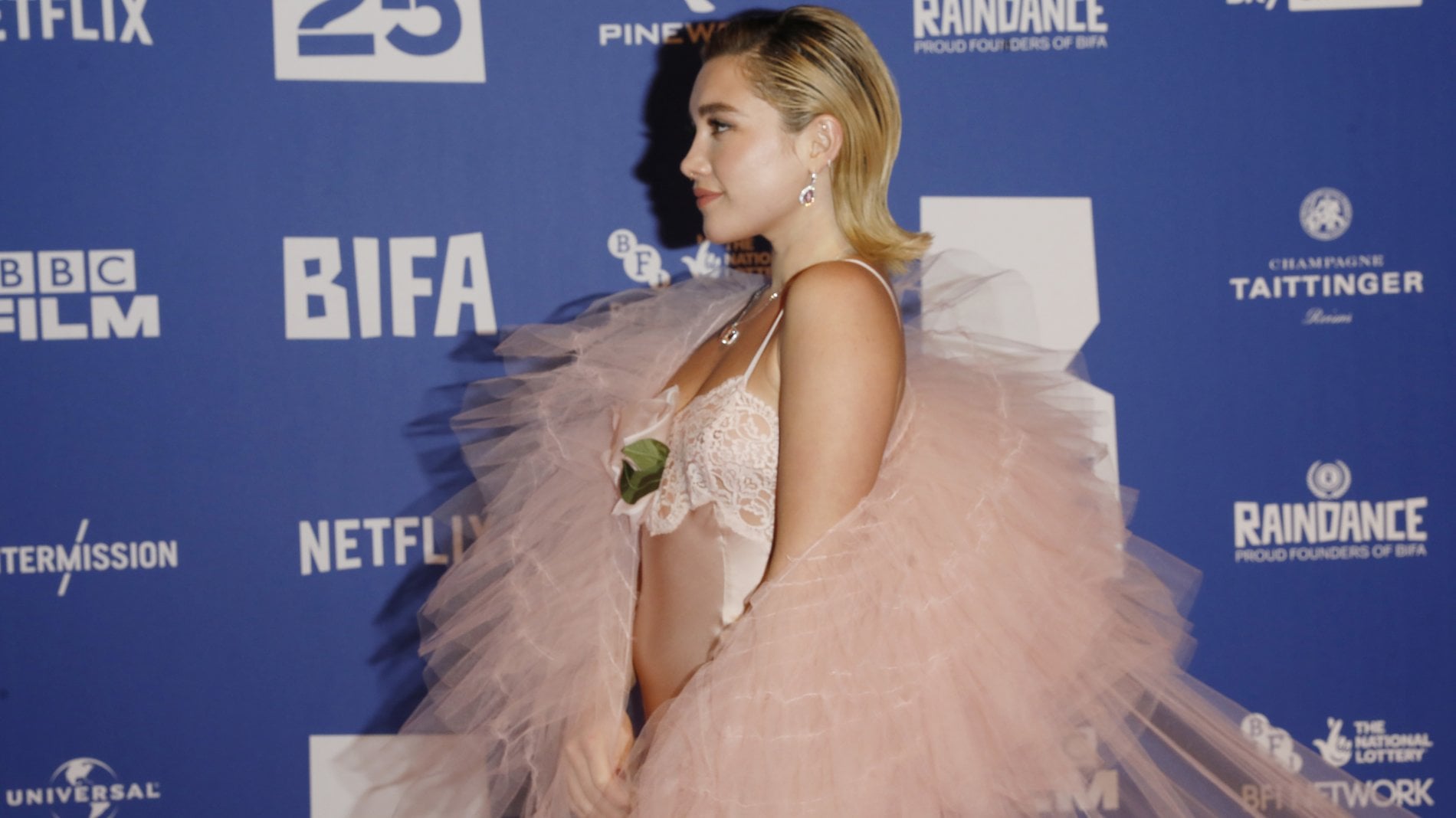 The fact that at the British Fashion Awards she wore the most spectacular and representative of Valentino’s creations by Pierpaolo Piccioli, awarded as stylist of the year, says a lot about Florence Pugh’s status as a rising fashion icon. On January 3, the Oxford girl, known as a talented film and TV actress, turns 27. Who knows what effect it must have, at her age, to have a long list of films under her belt including one, Little Women (2019), which earned her the Academy Award nomination as a supporting actress.

Florence Pugh, who has linked her name to important productions and characters, see Lady Macbeth (2016) or the Black Widow of the Marvel saga, always participates in events that matter with gods mind-boggling look. On the red carpets, she is capable of attracting the attention of flashes thanks to compositions of tulle, skirts with trains, daring necklines.
Valentine is the maison that dresses Pugh on the most important occasions: it happened at the Venice Film Festival with an ethereal cloud of glitter that left the legs bare or at the première of The Wonder in London, with a vaporous coral dress.

Among Florence’s favorite brands, we also mention Rodarte, Victoria Beckham, Philosophy by Lorenzo Serafini. Her outfits are juggled by the skilled stylist Rebecca Corbin-Murray. The style of the English actress also really likes hairstylechangeable and always trendy, especially the most recent bob worn with backward waves, with retro notes; the piercing on the nose, the septumcapable of adding a rebellious note to even the most chic look.

The end of an important story

If 2022 is a year that marked a further professional rise for Florence Pugh, on a sentimental level she also witnessed the closure of an important story. For three years, the actress was engaged to her colleague and star of scrubs Zach Braff, twenty years older. As recently revealed by the interpreter of Don’t Worry Darling (Olivia Wilde film in which she starred with Harry Styles) the relationship had already ended for some time. But the news had not been deliberately leaked: Florence would not have tolerated the immediate speculation on the age difference as the cause of the breakup.
After Zach Braff, Pugh has not launched into new romances. Or maybe yes, but she’s good at hiding it.

David Martin is the lead editor for Spark Chronicles. David has been working as a freelance journalist.
Previous Camilla Parker Bowles: diet and false nails
Next Jenna Ortega defines horror as a “therapeutic” genre