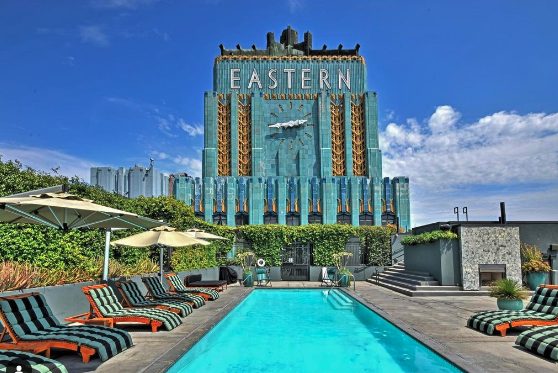 The Depp-Heard trial ended with the actor’s victory. After the verdict, the penthouse that the two occupied at the time of their marriage was put up for sale.

“Dirty laundry is washed in the family” recites a saying to suggest avoiding external interference to those directly involved, when it comes to resolving quarrels and conflicts between couples. Obviously it is not always possible, especially if those directly involved have the names of Johnny Depp and Amber Heard and even more so if it leads to issues that are far from trivial quarrels, but real crimes. The ex-spouses went all the way to court: the end of their love story and their entire marriage were discussed in the courtroom, with accusations of violence and recriminations. The dirty laundry was washed in front of lawyers and journalists, monopolizing public attention, which took sides on one side or the other. The trial ended a few days ago, after weeks of legal battle, with the actor’s victory and the ex-partner being sentenced to pay 15 million dollars for defamation. The apartment the couple shared during their short marriage (just over a year) it is now up for sale and Heard has relocated to California.

How much does Johnny Depp and Amber Heard’s house cost

For 15 months of their stormy marriage, Johnny Depp and Amber Heard lived in a luxurious Los Angeles apartment – a penthouse in the city center.

In the same building (the Eastern Columbia Building) the Pirates of the Caribbean star also owned four other penthouses, all on the top floor. All five were put up for sale after their divorce, listed for a total of $12.78 million.

Amber Heard changes her style for the trial with Johnny Depp: what she communicates with clothes and hairstyles

Subsequently, a substantial change was also made: the five units, all originally interconnected, were divided. The one the couple actually occupied boasted stunning city views and a rooftop pool.

The penthouse was individually put back on the market a few days ago once the process was concluded, listed for $1,765,000 (more than 1,650,000 euros) according to NYP reports, which learned the news in preview.

“It’s just random timing‘said (Douglas Elliman’s) real estate agent Ernie Carswell, of going onto the market almost immediately after the libel case closed. On his Instagram page he described the penthouse thus: ‘Two story townhouse with one bedroom and two bathrooms. Featuring 1,780 square feet of living space, high ceilings elevate the space’s striking presence. Before continuing upstairs to the master suite, there is a welcoming and intimate lounge area”.

About the building that houses the penthouse and its optimal central location, he explained: “Centrally located on famous Broadway, this home is surrounded by fine restaurants and high-end designer shops. In 2006, the iconic building was converted into condominiums with an array of amenities such as a rooftop saltwater pool, spa, fitness room, sun terrace, Zen garden“.

David Martin is the lead editor for Spark Chronicles. David has been working as a freelance journalist.
Previous Fallout Tactics PC Game Download Full Version
Next Tales of the Walking Dead arrives on Disney+ as a surprise