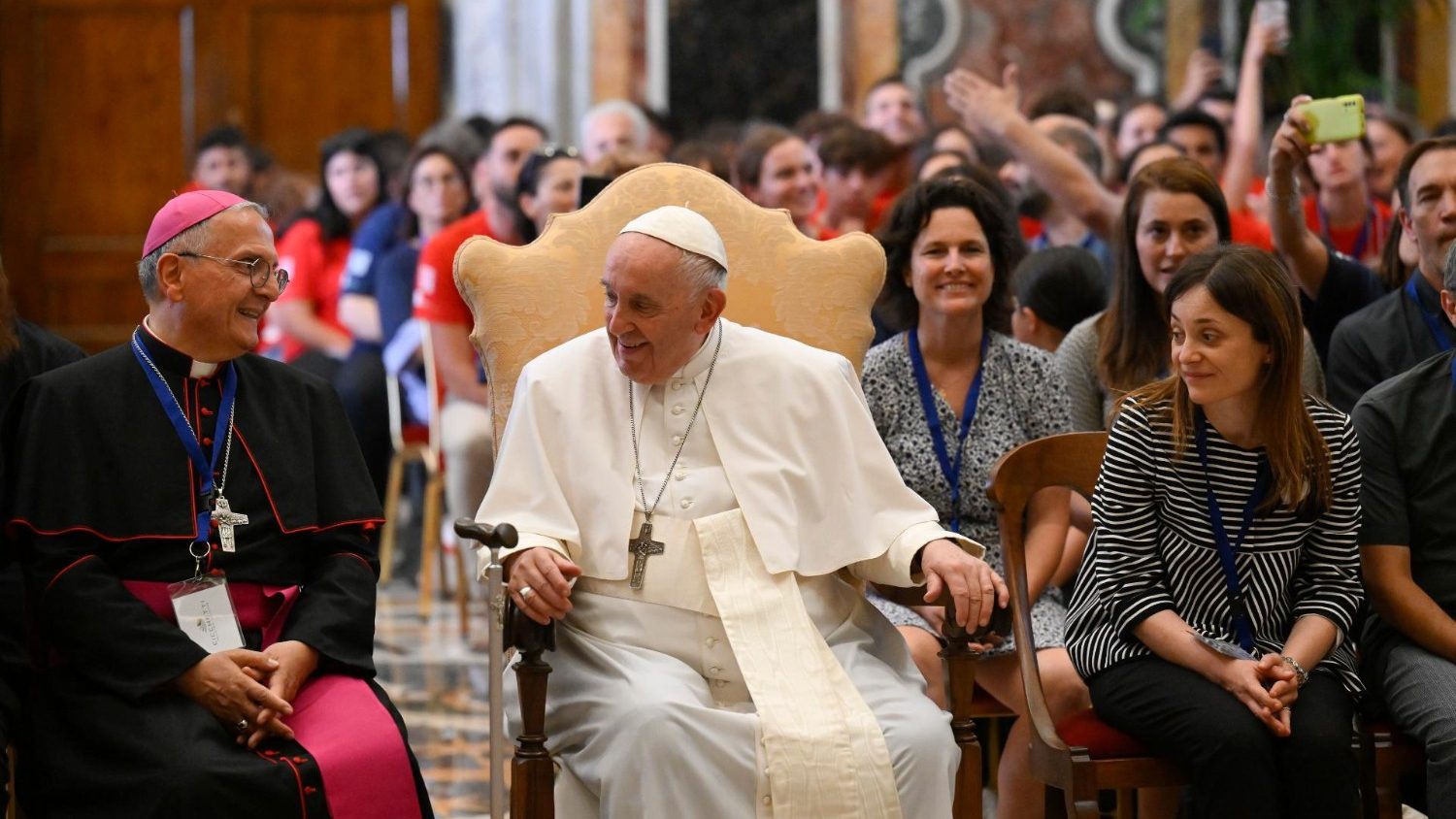 Francis: to be young at any age means to ask oneself: “What am I looking for?”

Meeting in the Sala Clementina the young people participating in the “Alpha Camp”, which was held in these days in Molise, the Pope recalls his recent trip to Canada: you and those young people are the same, you share the same “sense of humanity”. Like Blessed Carlo Acutis, you renounce the logic of appearing, because God does not want photocopies but only originals

“What am I looking for ?. If one asks this question, he is young, even though she is eighty. And if he doesn’t, he’s old, even though he’s twenty. Do you agree?”

It is the essential question that Jesus taught to ask himself, says Francis, addressing about three hundred young people who in recent days have participated in the “Campo Alpha” in Molise, in the locality of Macchia d’Isernia, and who have wanted to seal this in the presence of the Pope. experience of sharing, fraternity and spirituality. Creation, body, love, joy: the key words around which boys and girls of various nationalities confronted themselves in this first week of August, in one of the smallest dioceses in Italy. The atmosphere – as Monsignor Camillo Cibotti reported in the greeting address – was one of celebration, workshop animations, the first announcement, listening to testimonies from educators, priests, couples involved in guiding paths of human and Christian growth, psychologists, bloggers.

Young people perceived today as a real “gift” by the Holy Father who emphasized how important accompaniment is. “Accompany is a key word for the Church! “, he repeated, quoting in his speech the Post-Synodal Apostolic Exhortation Christus vivitrecalled the meeting with young people who concluded his pilgrimage to Canada, gave the example of the life of Blessed Carlo Acutis.

The greeting of young people to the Pope

Before giving answers, Jesus teaches us to ask ourselves an essential question

The Pope recalls that, although these young people were born in a secularized context, they can nevertheless breathe the dimension of the sacred since “the thirst for the infinite never fails in the human heart”.

Even within you, grown up with information technology, the great questions of all times emerge: where do we come from? What is at the origin of it all? What is the meaning of my existence? And then, why is there so much suffering? Why does it affect even the little ones and the defenseless? … God loves questions very much; in a way, he loves them more than the answers. It is clear, because the answers are closed, the questions are open. Whoever lives only on answers is a person who is used to closing, closing, closing. In fact, Jesus, to the first two who followed him one day, on the banks of the Jordan River, addressed these words: “What are you looking for?” (Jn 1:38). Before giving answers, Jesus teaches us to ask ourselves an essential question: “What am I looking for?”.

Listen to the report with the Pope’s voice

Jesus is the fullness of life, the alpha and the omega

Francis is reminded of the images of his journey to Canada where, in a “very modern” context, indigenous peoples, guardians of ancestral values ​​and traditions, live.

Now, looking at you, I was thinking of the young people of those indigenous peoples. So different from you, yet so similar, in fact I would say more: so equal. Equal in the sense of humanity, of what qualifies our human being, that is, the relationship with God, with others, with creation and with oneself in freedom, in gratuitousness, in the gift of oneself. This relationship expresses an “incompleteness”, a desire for fullness, fullness of life, of joy, of meaning. Behold, Jesus Christ is this fullness. We are all unfinished, we are all on the road, on the way. It is necessary to have this conscience.

The Pontiff cites an initial passage from the Christus vivit, in particular where the strength of the Risen One is emphasized, capable of rising from every fall: “When you feel old from sadness, resentment, fears, doubts or failures, He will be there to give you back strength and hope” […]. Words valid for the first disciples, for the Successor of Peter, for young people of any age. It is enough to be united to Jesus, beginning and end, who saves from the “abyss of death and the negative” and makes possible “the attraction of God, of life, of love”.

The greeting of young people to the Pope

True humility is recognizing oneself for what one is

Say no to selfishness, to self-centeredness, to appearing more than we are.

This is the Pope’s recommendation who insists on the need not to wear masks.

To be oneself, not to swell up, not even to break down, to recognize oneself for what one is, this is true humility. And in the face of the evil that is in us and around us, do not run away, do not escape from reality, do not close in on themselves, but each take their share of responsibility – Jesus says “their own cross” – and carry it, with love, with joy. Not alone, no, it is not possible: always with Jesus, Him in front and us behind.

God does not want photocopies, only originals

In wishing young people to become Jesus as a Friend, a Companion on the road, Francis uses the words of Blessed Carlo Acutis, a boy “passionate about computers, especially in love with Jesus, the Eucharist, whom he called ‘the highway to Heaven’ . ” Twice, he mentions it in one of his famous words: do not be photocopies, originals!.

Carlo’s earthly life was short, very short, but it was full. It was like a race, a run-up to Heaven. He has been running after his first Communion day, when he met Jesus in his Body and Blood of him. Yes, because Jesus is not an idea, Jesus is not an idea, or a moral rule, no, Jesus is a person, a friend, a fellow traveler.

Alpha: an international reality to explore the Christian faith

From the introductory words of Bishop Cibotti, we learn that Alpha it is a reality that involves 120 countries, born as a “possibility to explore the Christian faith”. So far about thirty million people have participated in the proposed courses. It has been present in Italy since the early 2000s. The parishes that are using the Alpha course are over 200 and of these 80 percent are Catholic, the rest evangelical or of other Christian denomination. A particular reference was made to Portugal, with which the Molise event was twinned in view of the 2023 World Youth Day in Lisbon. A small representation from Ethiopia also took part in the days just spent in Macchia d’Isernia.

Videogames entered his life in the late '80s, at the time of the first meeting with Super Mario Bros, and even today they make it a permanent part, after almost 30 years. Pros and defects: he manages to finish Super Mario Bros in less than 5 minutes but he has never finished Final Fight with a credit ... he's still trying.
Previous Will Sony Acquire Square Enix? Potential and possible consequences of a likely operation – Nerd4.life
Next TV programs tonight, 6 August 2022: channel by channel schedules 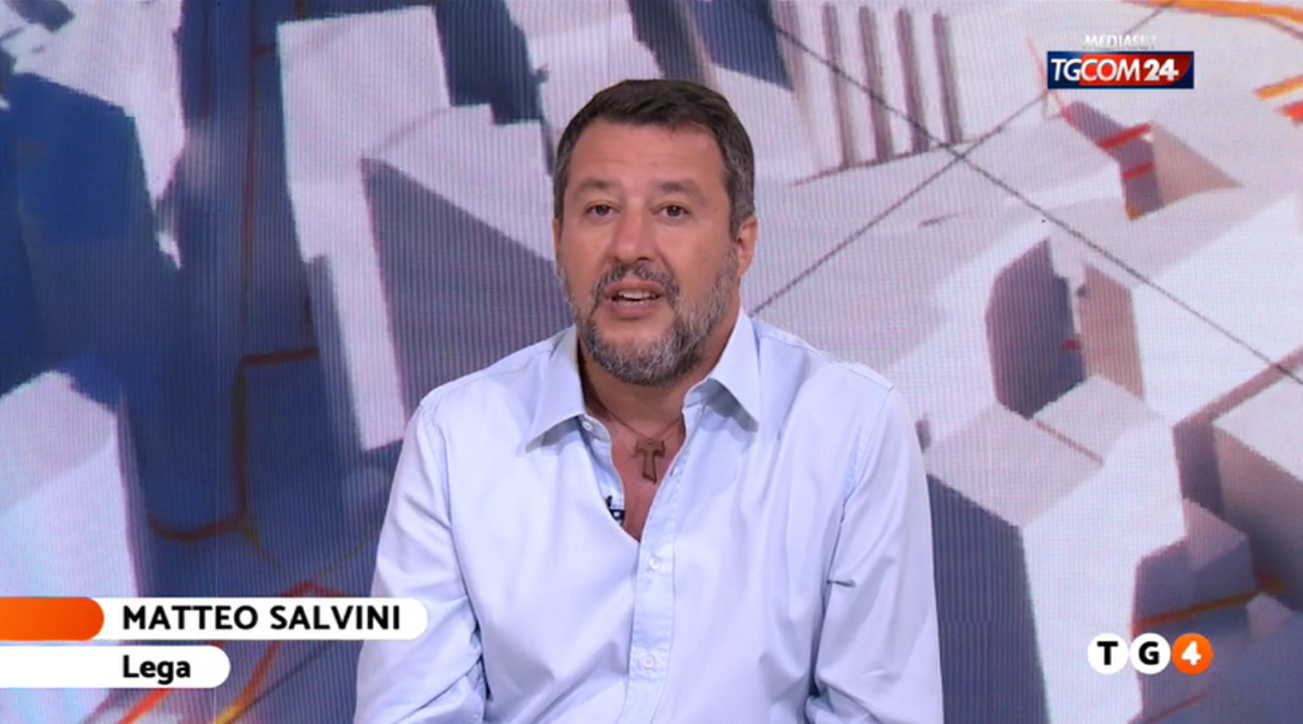 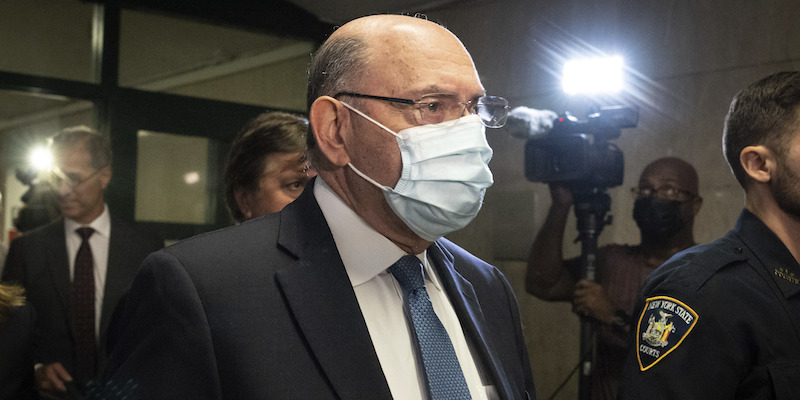