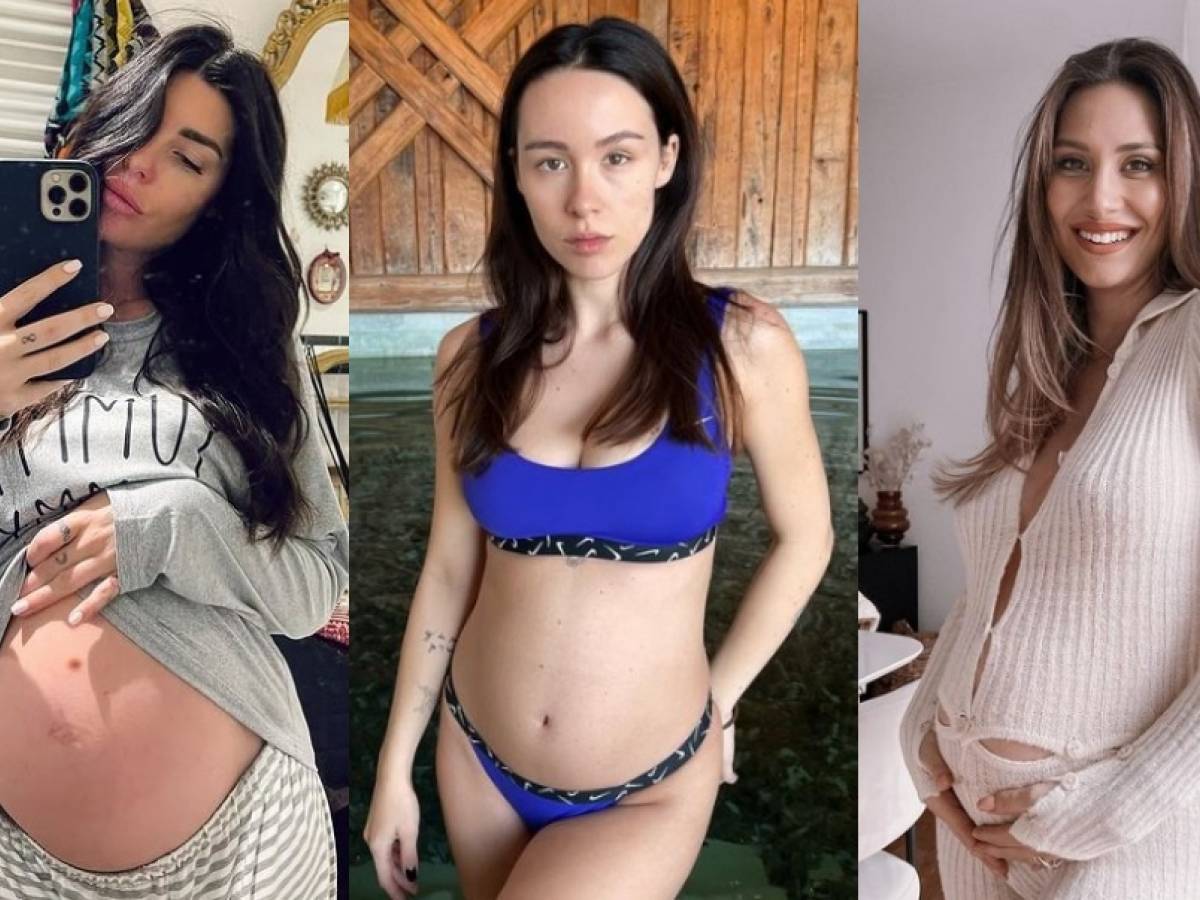 From Aurora Ramazzotti to Alice Campello: all the “VIP” bumps of 2023

On the 2023 flocks of storks will fly. In fact, the coming year promises to be full of births. And if Istat denounces the drastic drop in the number of unborn children, famous people will take care of going against the trend. From Aurora Ramazzotti to Bianca Atzei, from Alice Campello to Beatrice Valli, there are many female characters who in this 2022 have announced the pregnancy and are preparing to welcome their children in the new year.

The first to give birth should be Aurora Ramazzotti, who until the end tried to keep the sweet expectation secret. The weekly Chi had already announced the happy event at the end of August, but only a month later the daughter of Michelle Hunziker and Eros Ramazzotti made her pregnancy official with a revealing social video. The 26-year-old is expected to give birth by the end of January and the gender of the firstborn – a boy – has already been announced.

Also the son of Bianca Atzei and the hyena Stefano Corti should come to light between January and February. The Sardinian singer returned from hospitalization for bad pneumonia, where she risked giving birth prematurely. But the worst seems to be over and Atzei awaits with trepidation the arrival of Noa Alexander, the artist’s long-awaited and dreamed-of son, who had had a painful miscarriage last year.

She is about to give birth too Alice Campello, the Venetian influencer wife of the former Juventus player, Alvaro Morata. Campello is expecting her fourth child and, after three boys, she is about to celebrate the arrival of a baby girl, Bella. The influencer will give birth to her baby in Spain, where she moved with her Morata, who now plays for Atletico Madrid.

Instead, the third daughter of will arrive after the spring Beatrice Valli and Marco Fantini. The couple, who met in the studies of men and women, had not planned the arrival of the third child and despite the difficulties encountered by the influencer in this last pregnancy, the family is ready to expand. Another Valli will give birth to a son in the spring and it’s about Ludovica. The influencer is already the mother of little Anastasia and on her social networks she shares shots and videos of her much desired pregnancy.

Also waiting sweetly Clarissa Marquis. The former Miss Italy has recently revealed the sex of the unborn child (a boy) with a very fashionable gender reveal party among famous people and completing the family picture already made up of little Arya and her partner, Federico Gregucci, known in the Men show and women. She will arrive in the summer, however, the daughter of Sophie Codegoni and Alessandro Basciano, the couple born in the house of the Big Brother VIP. The pregnancy was not wanted, mum and dad admitted, but the arrival of the baby seems to have united the couple even more. However, there is maximum confidentiality around the pregnancy of Christine Marino. The actress, wife of Luca Argentero, does not like to share her private life on social networks and magazines, but the birth is expected in the first quarter of 2023 and it is already known that it is a boy.

The roundup of VIP mothers in 2023 is closed by two international stars: Blake Lively and Hilary Swank. The first, wife of the beloved actor Ryan Reynolds, is expecting her fourth child and revealed her status during the 10th Annual Forbes Power Women’s Summit, when she walked the red carpet in a mini dress that did not hide the generous forms of her. The second, highly acclaimed protagonist of “Million dollar baby“, will become mother of twins for the first time at the age of 49 and the announcement has come once again from social networks.

David Martin is the lead editor for Spark Chronicles. David has been working as a freelance journalist.
Previous Centinaio defends Italian products and takes it out on Nicole Kidman: Do you eat insects? Rubbish
Next ‘Winter jazz’ arrives at the Dragoni with the notes of Rea and his quartet