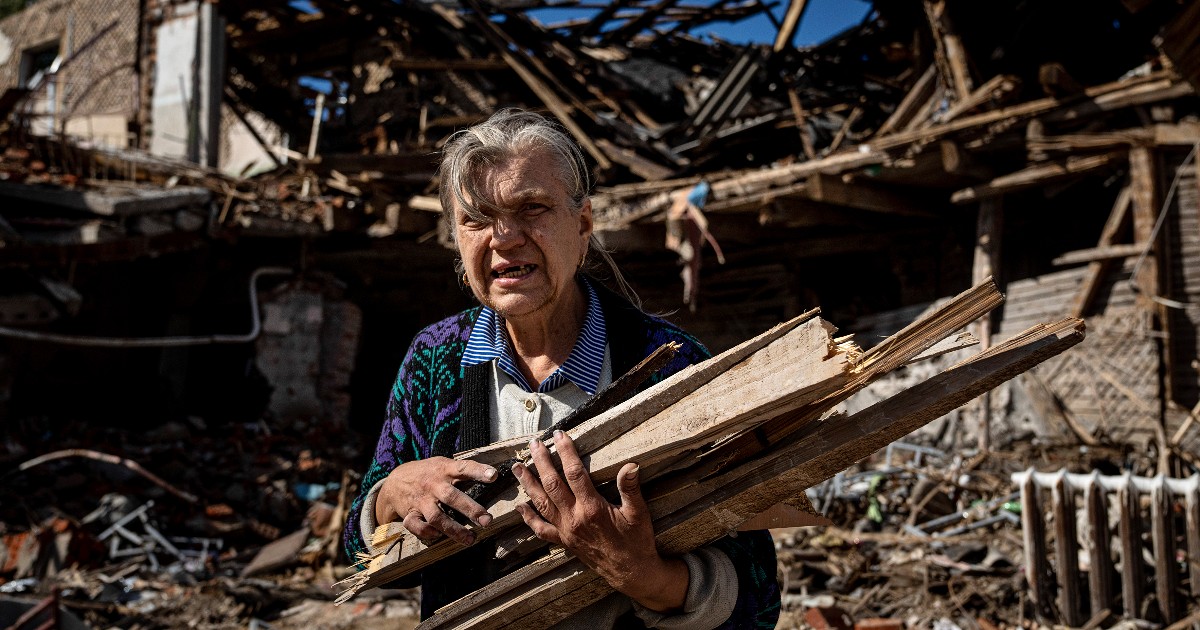 From the atomic alert to the retreat to the east, to Putin’s new nuclear threat: a timeline of the escalation in Ukraine

It is February 27, 2022, three days before the Russian president Vladimir Putin surprised most international observers by ordering the invasion of Ukraine. It is clear from the outset that what has just begun is not a simple regional conflict, but a large-scale confrontation between the Russian Federation and the NATO-EU bloc fought on the east flank of the Union. Three days are enough and before the eyes of international public opinion appears the great threat that all parties want to avert: the atomic warfare. The Russian president puts in early warning nuclear deterrence forces on the border with the country of Volodymyr Zelensky. From that precise moment all certainty about the importance of having an atomic arsenal for the purpose of is broken deterrence: it is the first time in decades that the nuclear bomb has been used concretely as threat against another state. Between denials and new intimidations, fears also involve the Zaporizhzhia nuclear power plant, conquered by the Russians and subject to several bombings in these seven months of war. From February 24 to today, with Putin returning to threaten the use of the atomic bomb, here is the chronology of the escalation.

February 24: Putin orders the invasion – The sun has not yet risen in Europe when the Russian president, after recognizing the republics of Donetsk and Luhansk, appears on TV and speaks to the nation by ordering the military invasion of Volodymyr Zelensky’s country, with troops from Moscow entering the Village.

February 27: Putin alerts the nuclear deterrence system – The invasion, which in the meantime has also hit the capital Kiev, provokes the reaction of the Western bloc which opts to send military aid to support the Ukrainian resistance and tightens the sanctions against Moscow. Putin’s answer is broken: the nuclear deterrence system is pre-alerted.

4 March: the Zaporizhzhia nuclear power plant ‘falls’ – After days of clashes, warnings about the risk of a nuclear accident and images of flames inside the plant, the Zaporizhzhia nuclear power plant, the largest in Europe, passes under the control of the Russian military. From that day, the Kiev soldiers will allow entry only to technicians who continue to work on the plant by proceeding with a gradual shutdown of the reactors, while outside the complex the clashes and bombings between the two armies continue.

10 March: Meeting in Turkey between Lavrov and Kuleba. Chernobyl without electricity – After several contacts and as many failures, Russian Foreign Minister Serghej Lavrov and Ukrainian counterpart Dmytro Kuleba meet in Antalya, Turkey. China accuses NATO of pushing Russia into conflict, while Eni suspends the purchase of Russian oil. Chernobyl runs out of electricity.

March 18: the US launch the nuclear alarm – The clashes continue unabated, with explosions in the Lviv airport area and bombings in the Luhansk province. American intelligence talks about the risk of a nuclear threat from Russia if the war continues.

March 19: first hypersonic missile launched – While the Russian strategy on Kiev is changing, veering towards a gradual withdrawal and the end of the encirclement, Moscow sends a signal of strength by launching its latest generation Kinzhal hypersonic missile into Ukrainian territory, which can also be loaded with a nuclear warhead. A move more of image than of substance, given that it is a weapon with a long range and difficult to intercept due to the high speed necessary, but not necessary to hit relatively close targets such as those present in Zelensky’s country.

March 26: Putin downsizes the objectives and aims at the Donbass – “Our target is the Donbass”, they say from Moscow as troops withdraw from the villages around the capital and other areas of the country to concentrate in the south and east of Ukraine. Meanwhile, the victims are counted after the Russian attack on the Mariupol theater: in the end it will be discovered that there are about 600.

March 27: Biden: “Putin butcher” – Kiev denounces the use of cluster bombs in Donetsk which, according to international law, is a war crime. Joe Biden reacts in a broken way against his Russian counterpart: “Putin is a butcher, he cannot stay”. Words that draw criticism to him because they are read by Moscow as an attempt to regime change.

March 31: Russians withdraw from Chernobyl – Moscow announces a ceasefire in Mariupol, the martyr city. Russian forces move out of the Chernobyl area.

May 1: Scholz: “Obsolete pacifism, weapons are needed to defend oneself” – While the heavy bombings in various areas of the country continue and the situation around the Azovstal steel plant in Mariupol continues, the German Chancellor urges not to stop the shipment of weapons to Ukraine.

May 7: Counter-offensive in Kharkiv – Ukrainian troops return to advance in one of the eastern cities most affected by Russian bombing. It is the first real sign of reconquest in the East since the beginning of the war.

May 11: US Chamber approves new aid to Ukraine – 40 billion dollars of military aid to Ukraine, the United States intensifies support for Kiev.

May 18: Finland and Sweden apply for NATO membership – The two countries ask to be able to join the Atlantic Pact as a guarantee in case of invasion or attack by Russia which responds by threatening the two governments. Erdogan opposes: “They support the Kurdish terrorists”.

May 29: US sends long-range missiles – The United States decides to send long-range weapons to Kiev. A decision that increases tension with Moscow, given that those weapons could be used for offensives in Russian territory. Thus, the role of Washington begins to be considered by the Kremlin as active in the war context.

May 31: agreement in the EU, stop to Russian oil – The announcement by Michel and Von der Leyen: “With the embargo within the year we will stop 90% of imports of Moscow crude oil”.

June 16: Macron, Draghi and Scholz in Kiev – Great sign of the EU’s closeness to Ukraine, with the three leaders arriving in the Ukrainian capital to meet President Zelensky.

July 22: Istanbul wheat agreement – First handshake between Russia and Ukraine for the unblocking of grain exports from the ports of Zelensky’s country.

August 24: Russia admits advance has slowed – This is the first time that Russia has admitted a slowdown in the advance into Ukraine. Defense Minister Shoigu: “It is to limit the victims”. Born: “Support in Kiev, but the winter will be hard”.

August 31: IAEA mission to Zaporizhzhia – The technicians of the International Atomic Agency: “We want it to be permanent. Physical integrity of the plant has been violated ”.

September 12: first internal criticism of Putin – Councilors of 18 Russian districts ask for Putin’s resignation for defeats in the East: “Investigate him for high treason”. The pro-war ‘hawks’ also attack Putin. And he fears that they will ally with the military.

21 September: Putin’s new announcement – Threatens nuclear war: “We will use every means to defend ourselves, this is not a bluff”. And he announces the partial mobilization.

Videogames entered his life in the late '80s, at the time of the first meeting with Super Mario Bros, and even today they make it a permanent part, after almost 30 years. Pros and defects: he manages to finish Super Mario Bros in less than 5 minutes but he has never finished Final Fight with a credit ... he's still trying.
Previous Andreazzoli on Asllani’s short playing time: “Inzaghi did well!”
Next Olivia Wilde breaks silence on Harry Styles and Chris Pine’s Spitgate drama “Don’t Worry Darling”

As premier, better Giorgia Meloni or Mario Draghi? The response to a post-vote poll is …