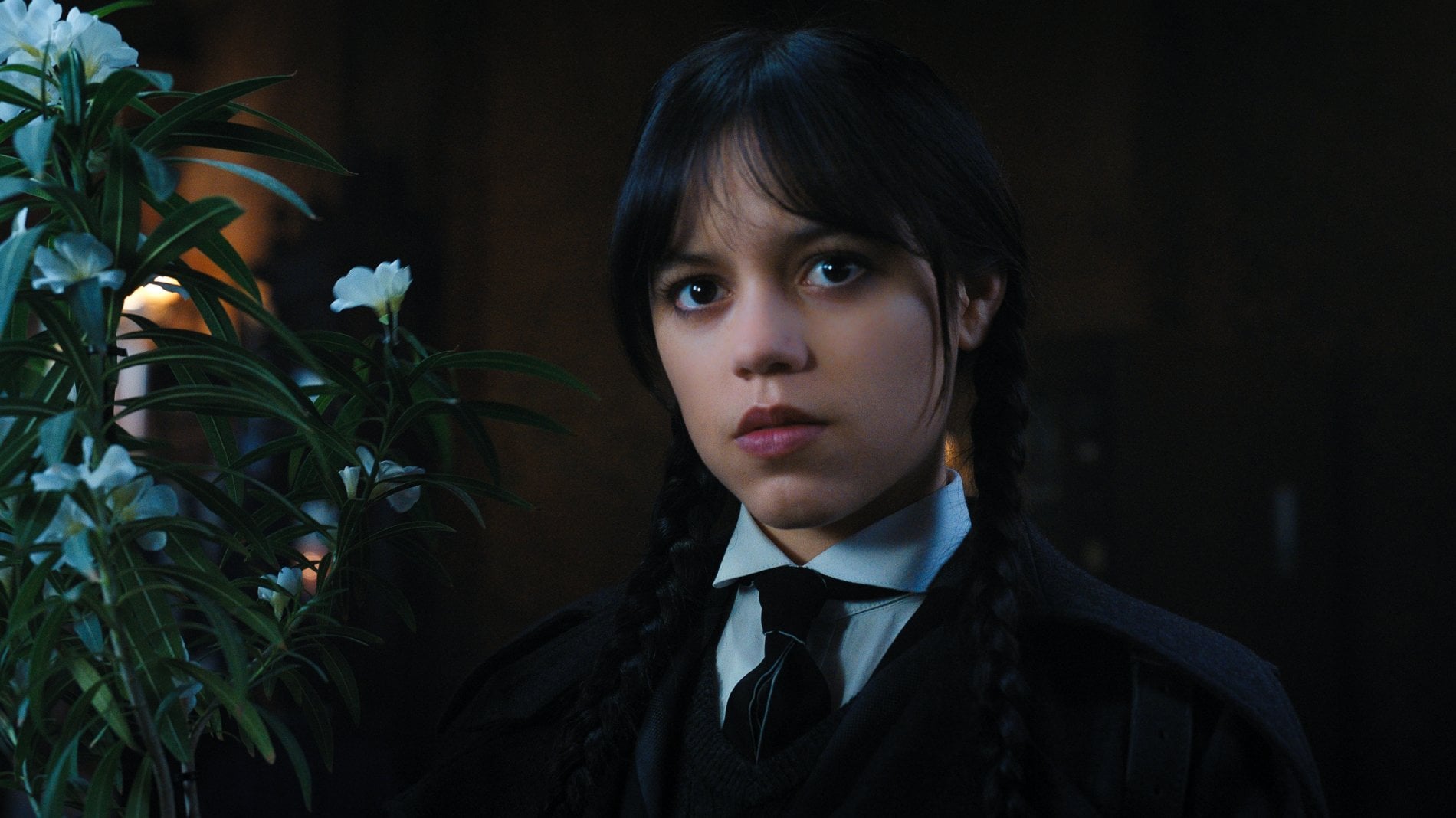 From Wednesday Addams to the Empress Sissi: the beauty looks to copy to the protagonists of the TV series

The Christmas holidays offer one of the best opportunities to dive into the TV series marathons and this year more than ever the protagonists are increasingly female characters who, in addition to making us passionate about the stories, influence current and upcoming trends, starting with beauty trends. Among them we have chosen four, from as many Netflix TV series: from Wednesday Addams to the Empress Sissi, below are the beauty portraits of four protagonists of the small screen to keep an eye on as healthy bearers of many beauty trends that we will love (also) in the 2023.

Since Tim Burton’s TV series focused on Wednesday Addams came out, the gothic style linked to the aesthetic called Dark Academia has exploded making Jenna Ortega’s Wednesday a real influencer. Not only in terms of fashion choices, but also for her beauty look. First of all, compared to the Wednesday girl, the teenage version, in addition to the two long black braids, has a very long fringe, French-style: it is a fringe that almost touches the eyelashes, with two slightly longer and wavy tufts on the sides that enhance Jenna Ortega’s high cheekbones. A hairlook that immediately places the character in our day.

The make-up, however, curated by make-up artist Tara McDonald, is inspired by the 2013 Chanel Haute Couture fashion show: sophisticated and gothic-inspired, it is less intense and more current than the Addams’ make-up in the original film. The skin has a porcelain effect, but the base make-up is so natural that we can see the actress’s freckles, enhanced with the special Lime Crime Freckle Pen make-up pen. For the smokey eyes, Mac eyeshadows were used in the colors scriptswarm brown, Carbonblack, and powder gray shimmer Glitch in the Matrix!, as well as Ilia Limitless Lash mascara. Finally, the most sought-after was the mouth make-up, created with lip pencil Nightmoth (blackened plum) by Mac mixed with Dr. PawPaw’s multipurpose conditioner, in order to make the finish less opaque (in other scenes, Elizabeth Arden’s 8-Hour Cream was also used as a gloss).

Wednesday, the influencer you don’t expect: 10 runway outfits to replicate her goth looks

The new Netflix series ‘The Empress‘ talks about Sissi in a modern and unexpected way. Devrim Linnau in the role of Elisabeth von Wittelsbach, or the Empress Sissi, protagonist of the Netflix TV series, she recounts a figure that everyone knows thanks to the trilogy of films from the 50s with Romy Schneider in a new way. Alongside her Philip Froissant plays Franz Joseph, consort of Elisabeth of Bavaria and emperor of Austria: it will be the marriage between the two main characters that will start the story of the future empress who will have to deal with the intrigues, the palace and the taboos of the Austrian court. Her extraordinary beauty made her an idol, thus increasing the popularity of the royal family thanks to the power of her public figure, but behind the scenes of her the empress was obsessed with gymnastics and hair care. She also remembered how the most beautiful haired princess in Europehe is said to have one beauty routineis dedicated.

“Those terrible hair”, as they are called by their mother, Ludovica of Bavaria, in the new series, are very long, wavy and curly. Endowed with a rebel movement that seemed to indulge the soul, equally a rebel anti-conformist. In some moments of her life, that hair even reached the floor and only her trusted hairdresser, Fanny Angerer, could handle. Her hair care could take up to three hours a day. The tools with which the hair was untangled at the time were, for the richest women: amber, ivory and silver combs. The deeply handcrafted cleansing products were composed of food ingredients: Sissi’s shampoo was apparently made with eggs and cognac. Among her most loved hairstyles that dictated the fashions of the time, there are the long braids wrapped around the head (typical Bavarian hairstyle) and the jeweled clasps that were placed on the semi-collected hair: a returning trend also for this year. On set, hairstylist Alex Moser created beautiful ad hoc diadem-wigs with real hair, to get as close as possible to the original. In addition to her hair, Sissi’s beauty delusions were aimed at her physical appearance which she kept slim thanks to hours of riding and long walks and targeted exercises.

Who was Sissi really? An obsessive narcissist, a wayward soul or a broken woman?

Emily Cooper has been in Paris for a few seasons now and this can also be seen in her beauty look: if Lily Collins aka Emily’s look was already more French in the second season of the Netflix TV series, in the third season the French look is sublimed, first of all thanks to the hairstyle. Emily’s woody brown and shiny waves, once very structured and not very elastic, become more and more slow and soft. In a word: more and more effortless chic, hallmark of Parisian beauty. Furthermore, in the third season Emily chooses the trendiest French style accessory of the moment: the long and thick fringe, ready to open as a curtain when the hair is moved. Even the crops are very French, with many high and slightly teased half tails complete with velvet ribbons (Brigitte Bardot will never stop inspiring Parisian hairlooks). Once the hair is done, just add a very natural make-up, a touch of classic red lipstick when the occasion arises and the French look is served.

This mystery-thriller inspired by a true story (the events involving the Broaddus family in 2014) can count on an exceptional cast: Naomi Watts, Bobby Cannavale, Jennifer Coolidge and Mia Farrow. Naomi’s beige clothes didn’t go unnoticed (which made us all dream) and her wonderful bob moved to her jaw that creates the perfect movement along her face. A mix that makes the hairstyle fresh and cheeky. The beauty of this cut is that it ranks among the favorites of women who have outgrown the antas. And the choice of an ash blond makes it practical and elegant. On the make-up front: a mainly luminous base, a veil of mascara and lipstick. Which is well suited to those who wear maxi glasses.

David Martin is the lead editor for Spark Chronicles. David has been working as a freelance journalist.
Previous The Reunion, a taste of the film in the Disney+ series
Next A Butterfly’s Dream Free PC Game Download Full Version